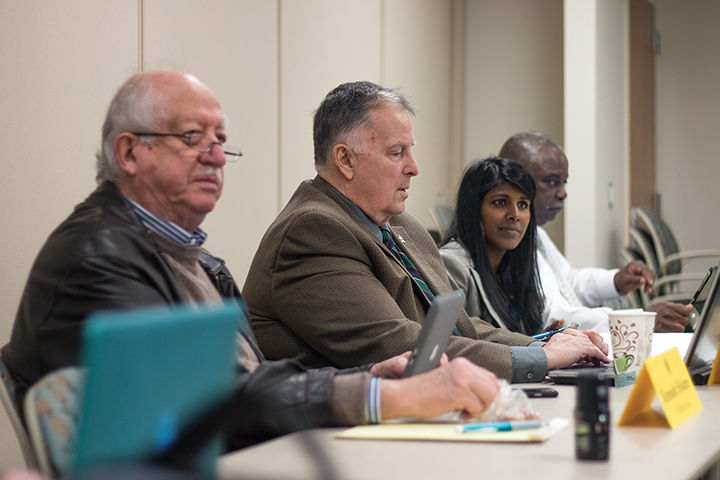 The University Senate shot down a bill yesterday that aimed to revise the Code of Student Conduct to define and regulate hate speech.

The SEC voted against charging a committee to review the bill, with Belcher casting the sole vote in favor.

The bill suggested giving this university the power to respond to instances of hate speech by “strongly and narrowly defining hate speech and fighting words and including them as a violation of the Code of Student Conduct.”

Multiple SEC members voiced concerns with the legality of this policy change as the First Amendment generally protects hate speech. The proposal included a plan to consult with university legal staff to ensure the constitutionality of the policy shift.

Andrew Harris, an astronomy professor and SEC member who voted against the proposal, said he had qualms about the potential unconstitutionality of implementing a speech code.

“In principle, I think it’s a useful idea in the sense it encourages civility,” Harris said. “In practice, I’m very nervous about how and who will determine what is improper speech. This strikes me as something that is probably unconstitutional.”

He said one of his major concerns was who would decide what is and is not hate speech.

“The problem is really how one decides what is inappropriate speech, and this is very tricky and not something that college campuses are good at, to be honest,” Harris said.

Belcher said he agreed the legality of such a proposal is questionable and acknowledged the difficulty of passing it but was still disappointed with the vote’s result.

“I disagree with their decision,” Belcher said. “The proposal was to get a conversation going on how to foster more diversity in our UMD policies. I don’t think they understood that, which was unfortunate.”

SGA President Patrick Ronk said he, too, was frustrated the proposal was not charged to a committee for further discussion.

“It’s kind of disappointing to see them not even task it to a committee,” Ronk said. “It just means they aren’t giving the opportunity to even look at it and have the discussion about it.”

While he said he understands why the SEC did not move it to a committee, he still found the decision “kind of upsetting.”

Michele Eastman, the assistant president and chief of staff in the Office of the President, said legal staff recently advised university President Wallace Loh to oppose any type of speech regulation at this university.

“Every institution that has tried to put in some kind of line to walk in regards to speech has been thrown out,” said Eastman, Loh’s representative in the SEC. “It’s pretty clear that we can’t do this.”

Because the proposal’s general sentiment was likely illegal, pushing it into committee for review would waste time, said Willie Brown, SEC chair-elect.

Brown suggested alternatives to this proposal, including that individual organizations such as SGA, the Graduate Student Government and Greek life organizations could adopt internal conduct code policies on hate speech.