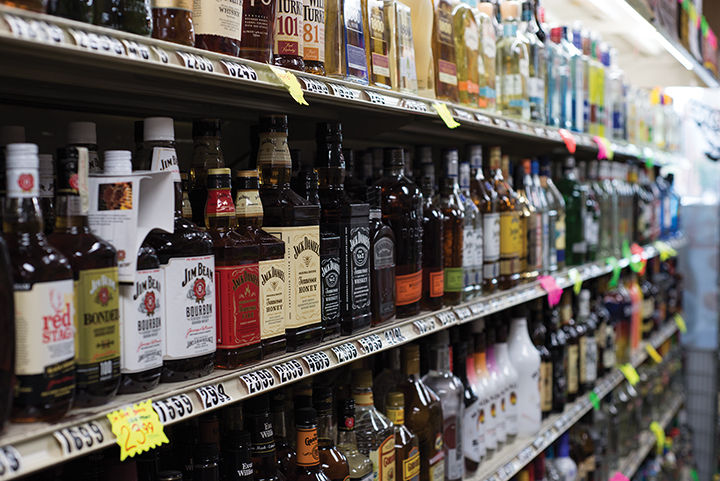 Washington and a majority of this state’s surrounding counties already allow Sunday liquor sales, which forces consumers in this county to leave if they want to purchase liquor every day of the week.

“It seems to me it’s a bit antiquated to have just that one day of the week that alcohol sales aren’t permitted, and I’d hate to see our local businesses hurt by a seemingly antiquated law,” College Park District 1 Councilman Patrick Wojahn said.

The law allows the county liquor board to issue permits allowing for the sale of liquor on Sundays to no more than 100 liquor stores in the county out of an estimated 160 stores that could be eligible. Eligibility is based on reinvesting at least $50,000 in the business within a year of obtaining the permit.

If these stores obtain the new permits — which include a $750 application fee and an annual permit fee of between $1,000 and $2,500 — they will be allowed to sell beer, wine and liquor on Sundays from 8 a.m. to midnight.

The legislative analysis of the bill concluded the county would receive more than $200,000 in revenue from permit fees alone.

At #1 Liquors, managers said they must weigh the permit cost with the expected bump in sales they would receive from the extra day of business.

“As long as it’s not prohibitively expensive, we will probably be applying for it,” said Jon Morgan, a #1 Liquors manager. “As far as we’re concerned, anything that gives consumers better choice and allows competition is good for everybody.”

The law outlawing Sunday liquor sales stems from restrictions put in place nationally after Prohibition ended in the 1930s. A recent wave of reform led most states to change those laws, and now 38 states currently allow some form of liquor sales on Sunday. This state is one of 19 that allows local governments to decide for themselves, and Montgomery County began allowing Sunday liquor sales in 2010.

While the bill failed in this county during the two previous legislative sessions, it gained momentum this year after supporters focused on the revenue it would bring to the area, bill sponsor Del. Michael Vaughn (D-Prince George’s) said.

“Certainly, when you look at the fiscal challenges we have in Prince George’s County, I don’t think we are in a position to lose any revenues to neighboring jurisdictions,” Vaughn said.

“This is a moving trend that’s sweeping across the country,” he said. “I think more than anything it was the revenue aspect that finally pushed it over the hump this time.”