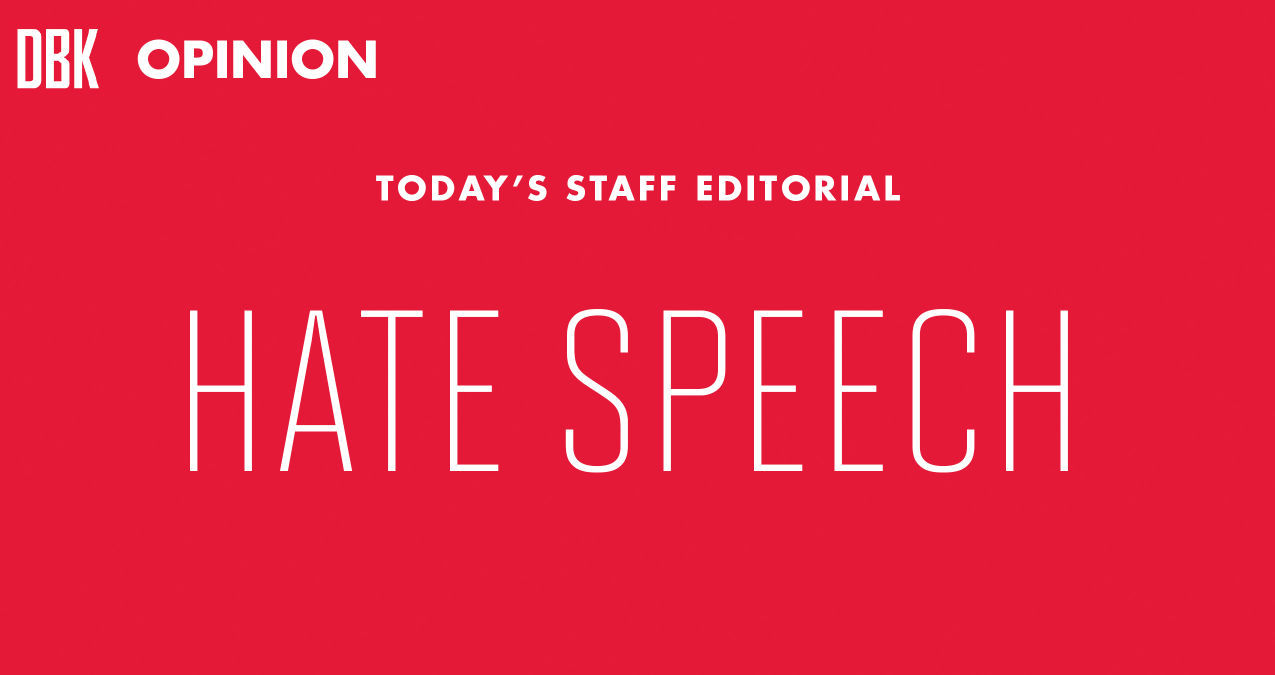 The Student Government Association drafted and passed a proposal Thursday to make changes to the current Student Code of Conduct. This resolution follows fallout from the forum on A.J. Hurwitz’s email that occurred about three weeks ago.

At the forum, many audience members, especially those representing minority organizations on the campus, suggested that this university implement speech codes and other processes of administering punishment for hate speech that detracted from the rights listed in the Constitution. However, this editorial board applauds the new SGA resolution, which deals with the problem of hate speech with a more reasonable and legal approach.

Although hate speech and other variants of it are protected by the Constitution, it should be abundantly clear to all of us that the immature and ignorant words written in Hurwitz’s email are not befitting of our institution. However, because this university is in the business of education, such is the approach the SGA has proposed to prevent further instances of offensive language from tainting the image of our school again.

The SGA proposes that future perpetrators who use offensive language to spread racist and misogynistic ideas would be “shown the harm they have caused through talks with affected groups, Office of Diversity & Inclusion and anyone else that is determined relevant.” Perpetrators also would be asked to reconsider their enrollment at this university temporarily as well as “work with the administration to write a public apology to the targeted communities and the campus.”

Furthermore, the SGA has revealed that many of this university’s colleges have not established rules on what constitutes hate speech or recourses to respond to people who engage in hate speech.

The SGA proposes implementing such systems as well as granting individual colleges the ability to “dismiss or suspend the student from the major or department” if the language used infringes upon the safety of others. The SGA mentions the Department of Resident Life has a similar policy in place that can be used as a reference for individual colleges to create their own policies.

Establishing a system that identifies what kind of language is inappropriate would allow potential perpetrators to be wary of what they say and prevent further inflammatory incidents. Instead of outright censoring and condemning certain language from being used on the campus, the SGA has proposed a plan to cultivate an understanding about “free speech.” This is perhaps the most ideal approach, as it provides students the ability to understand the impact of their words and, through maturity and not coercion, what kind of things should and should not be said.

Although everyone is and should be protected by the First Amendment, it does not mean that we can say anything we want with impunity; nor does it mean that others cannot educate us on what is appropriate.

The current proposal approved by the SGA is only in the nascent stages of potentially becoming university policy. It also includes suggestions for Greek life that are not mentioned in this editorial, and many changes to this proposal can also be made along the way, but this editorial board commends the SGA for its approach to eliminating hate speech through education and preventive measures rather than censorships and draconian punishments. This university will be a much better place when we all choose to not engage in hate speech than be told not to do so.