Alumnus works to revolutionize employment for adults with disabilities 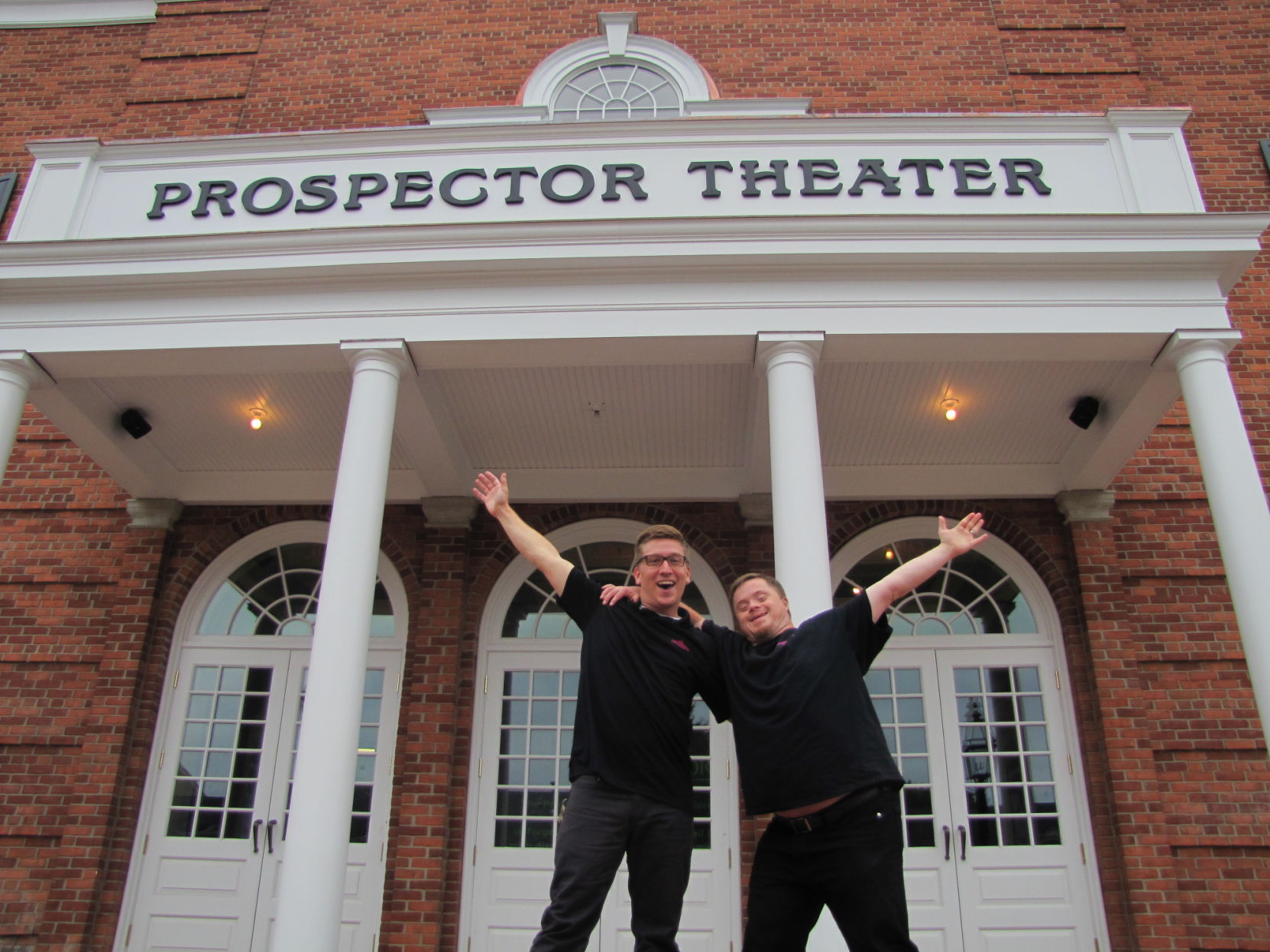 Mike Santini and Kris Mann in front of the theater.

Mike Santini and Kris Mann in front of the theater.

About one in five working-aged individuals with disabilities is employed, according to a U.S. Department of Labor report. That means 80 percent of adults with disabilities are without work — something 2013 university alumnus Mike Santini and his coworkers are teaming up to change.

They will film and edit all of the pre-movie commercials in-house, and through their diverse realms of work, they hope to help the prospects — as they call their employees — tap into their interests and passion to find success in the job market.

“We know that there are jobs out there that our talented and amazing work force can get that are probably more rewarding and better paying than the one they have right now,” Santini said. “Historically, people with disabilities are often excluded from traditional learning environments, there’s a lot of barriers for participation for them.”

As development director, Santini works to create relationships, both financial and supportive, with foundations, companies, people and the community — because The Prospector Theater is completely privately funded.

“I’m essentially in charge of fundraising,” the American studies and Spanish double major said. “And hopefully shedding the light on the wonderful work here. … We’re going to offer the best value around and a unique experience which we hope will promote customer loyalty.”

Founder Valerie Jensen spearheaded the theater’s unique mission by bringing back a missing piece in their town: a movie theater. There hasn’t been a movie theater in town since the 1960s, Santini estimated.

The Prospector Theater team will have their soft opening at the end of the month, and plan to be fully running by late November, Santini said.

They are currently training prospects and preparing for customers. Santini recently worked with co-worker Kris Mann on a public service announcement about treatment of employees, in which they developed a script, filmed and edited it, then watched it together. They will also film PSAs to be shown before movies, many of tackling difficulties that people with disabilities face, Santini said.

Mann used to work at a local grocery story, but he said he’s now getting to do something he really loves.

“I love the prospects that we have here and the totally awesome staff that we had here,” Mann said. “I love using cameras and doing photos and stuff; I like that.”

In addition to prospects, the theater is also hiring prospect coaches that will work as team leaders, supervisors and help translate standard operating procedures into less text-heavy documents that will be more user-friendly, Santini said. But no matter what job everyone has, all are treated with respect.

“We want to create an integrated work environment,” he said. “We’re all in the same field.”

When new prospects come in, the theater’s staff try to tap into their strengths and interests to find the right place for them, Santini said, which is exactly how Mann thinks it should be done.

“Some people do have disabilities,” Mann said. “We will train them to do things they want to do.”

When Santini was at this university, he was a part of the CIVICUS living and learning community, which he said helped him tap into his passion for helping in the community and for working with nonprofits.

“One of our topics in class is who should be at the table, who should be included, and what is the role of engaged citizens in ensuring that opportunities are widespread,” CIVICUS director Sue Briggs said. “He is a very vibrant person who is not shy about getting involved, not shy about expressing informed opinions and also very good at engaging others.”

Though Santini attributes much of his success to this university, he is focused on the future, and the future of The Prospector’s mission.

“This is something that is new, and it’s a shame that it is new,” he said. “We hope that the theater becomes so successful that it is a replicable model that can used throughout the country.”