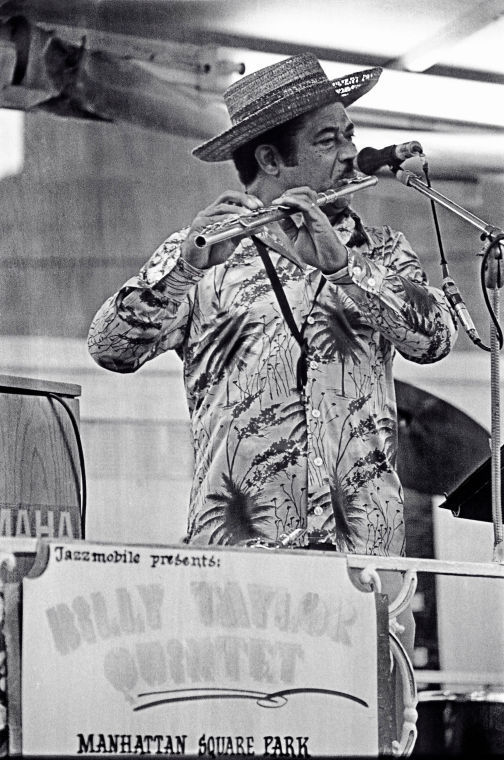 Frank Wess was one of the first musicians to incorporate the flute into the jazz scene.

Frank Wess was one of the first musicians to incorporate the flute into the jazz scene.

Tradition is something seldom respected. Life moves at a fast pace, and anything nostalgic, sentimental or reflective is often disregarded as mawkish romanticism. “Save it for the history books and thrift shops,” says society. This ideology goes for music as well. Try as 2CELLOS might, classical music in its truest form is dead to the technologically advanced ear of modernism, and jazz music may sit in the same dusty corner of the record store.

Frank Wess, a jazz pioneers, was anything but traditional. He died Oct. 30, and his survivors include his partner, children, grandchildren and legacy.

Though he grew up in Missouri and later lived in Oklahoma, he started his jazz career in Washington. Wess was an entrepreneur in a sense; he quickly learned to shun the classical training offered at elite conservatories and risk the danger of the streets to tap into the raw, soulful power of jazz music.

With the famous Count Basie Orchestra, Wess revolutionized the genre by introducing flute to its instrumental repertoire. “He didn’t just start as a saxophonist,” said Philip Ravita, university Jazz Ensemble member and assistant director of the university Jazz Band. “He started on flute and then became an influential musician. … He shows that there’s opportunity that can be made as well as acquired.”

Wess defied tradition as the progressive technology and music of today attempt to do. His story gives relatability to the genre that should translate its fundamentalism to the fast-paced metamorphosis of modernity. Because he was a local musician, Wess’ impact contributes even more to keeping the spirit of jazz alive on the campus.

“Anybody of stature like Frank Wess that is associated with an area like D.C. — or the College Park-D.C. area — really provides an inspiration,” Ravita said.

According to Ravita, jazz is a true fusion music. It’s a form originating in New Orleans’ cultural incubator. Originally, it combined blues, swing, tribal music and hymns to create a distinctive, significant sound. Its versatility is commendable; there are now as many types of jazz as there are types of rock. Varying from ska to new age to punk, jazz music has an applicability that makes it as relevant as any other genre.

“If you really start looking at what jazz has contributed,” Ravita said, “it’s a pure American art form.”

This university’s  jazz bands and ensembles work to translate the genre’s versatility to a campus setting. The various groups draw from a traditional repertoire in addition to their own compositions. Today’s evolving musical scene is not like the earlier ’30s and ’40s, Ravita added.

“It is truly the universities that are keeping the big band tradition alive,” he said.