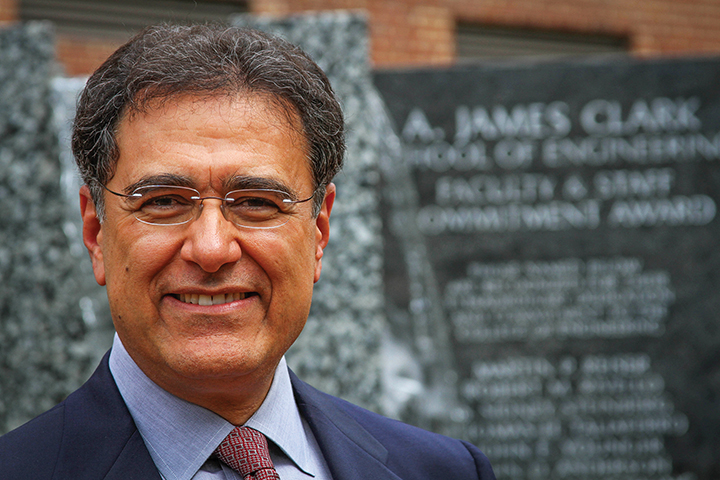 Engineering professor Bilal Ayyub believes in the cascade effect. He teaches his students that a series of unforeseen events can shake an entire system.

And it was with this mindset the Palestinian-born professor, author, father and businessman filed his name for a vacant state Senate seat in Montgomery County’s District 15. Minority groups saw an open door in Democratic Sen. Robert Garagiola’s  open seat — the possibility of the county’s first minority senator. For Ayyub, it was a step toward promoting ethnic and intellectual diversity.

But midway through the appointment process by the county’s Democratic Central Committee, the group that recommends candidates to Gov. Martin O’Malley through a majority vote, Ayyub withdrew due to negative feedback and advice to do so.

Like adjacent Prince George’s County, Montgomery County is a majority-minority county where the minority population has jumped in recent years as the white population fell. Though 52 percent of the county’s population consists of minorities, according to the U.S. Census Bureau, a minority representative has never been appointed or elected to be one of the county’s eight state Senate seats.

It was a narrow opening, but minority groups were hopeful. If officially

appointed, Ayyub would have filled the seat until the June primary next year, a move minority groups hoped would encourage candidates from diverse backgrounds to compete without fear of an incumbent winning the position.

“We have a long way to go to change the mindset of those who are apprehensive about inclusion,” Ayyub wrote in a withdrawal letter to the committee.

“We are following normal procedures based on experience,” Albornoz said. “When a three-time delegate and former chair of the entire state party is running, we cannot deny that kind of resume.”

Feldman and Garagiola could not be reached for comment, and the committee has not publicly responded to Ayyub’s withdrawal letter.

Though his bid for appointment did not ripple down as he imagined, Ayyub, who serves on the Governor’s Emergency Management Advisory Council, said he hopes his attempt will encourage minority candidates to run for state and county positions. Ayyub has also served on O’Malley’s Commission on Middle Eastern American Affairs and was appointed to promote higher education in a work group in 2006.

“There are many qualified people just like Dr. Ayyub,” said Karen Britto, former chair of the Democratic Central Committee. “We need to let them know they will have a support system if they decide to run.”

In hindsight, Ayyub said, that push is a force crucial to the engineering both of classroom systems and democratic systems, whether it’s closing the gap of demographic disparity between representatives and whom they represent or demonstrating the cascade effect to students.