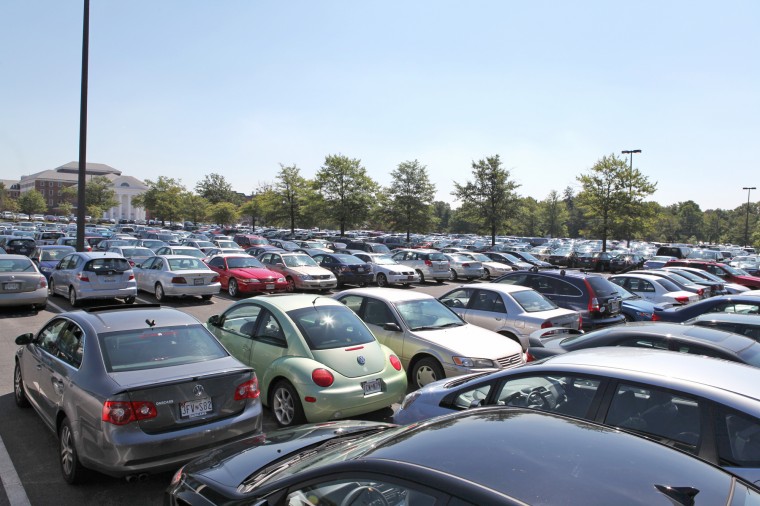 Students who hand in their commuter parking permits to DOTS can now receive a free bike and a refund worth 25 percent of the permit’s initial cost.

The incentive is part of the Department of Transportation Services’ plan to encourage the campus community to go green. The percentage of faculty, staff and students without commuter parking permits has grown to nearly 60 percent — up from less than 20 percent in 2005 — and DOTS officials are hoping to reduce the number even more.

DOTS will give a brand-new, $200 Fuji hybrid bike along with a helmet, lights and U-lock to students who pledge to turn in their parking registration and agree to become ineligible for parking during the next academic year, said Beverly Malone, DOTS assistant director.

“I want to get more people who don’t bike or who don’t bike regularly to consider it as a transport option,” Malone said. “People have already inquired. … We have 20 bikes, so this is available while supplies last.”

The ultimate goal, DOTS officials said, is to keep as few cars on the campus roads as possible. Student and faculty commuters produce nearly 15 percent of the university’s greenhouse gas emissions, while Shuttle-UM — the campus public transportation system — produces about 0.8 percent, according to a 2010 campus sustainability report.

“At first I was focusing on upperclassmen because I really believe that once someone adjusts to a biking commute they don’t feel it’s necessary to have a car,” Malone said.

Riding a bike could open up job opportunities in the city, Malone said. Some jobs might not pay students enough to maintain a car or pay for parking in urban areas, she added.

Trends indicate an overall increase in reliance on public transportation, especially by students, according to the university’s 2011 Sustainability Metrics Report. Because the university transit service now serves about 3.5 million riders per year, DOTS officials determined it was the right time to launch the parking registration trade program, Malone said.

“I can’t imagine students with cars on campus giving them up for a bike,” said Silverman, who often rides her bike to class. “I like the idea of trading in your permit parking for a bike and discount, but I question how realistic it is.”