Success at others’ expense is a shallow excuse for a life 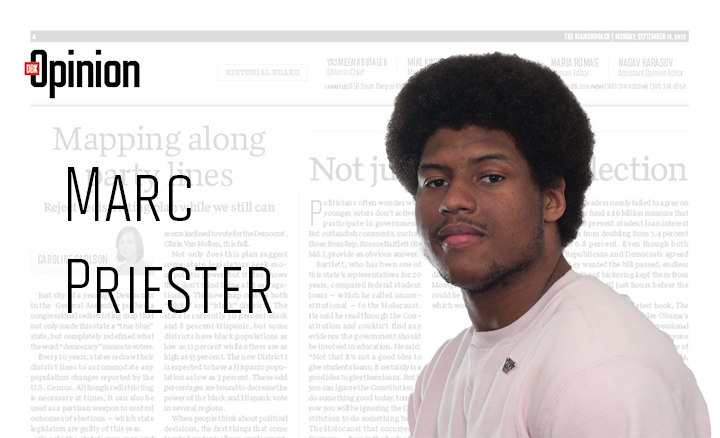 I want to be successful. It’s unclear by which standards I’ll judge my success, yet this burning desire to achieve continues to smolder in the pit of my stomach.

As I contemplate how to define success, it’s impossible to separate the results I seek from the methods used to achieve them. Even when fantasizing about life as a lawyer, banker or entrepreneur, anytime Future Marc seizes his dreams in a seemingly immoral manner, the worth of these lucrative careers begins to diminish in value, almost to zero.

True, the outcomes you’ve experienced in life affect how others will define you as a person. But should we value our lust for land, labor and capital over the ways we seek to collect them? In other words, do the ends justify the means?

It’s really up to you. With these opinion columns, we run the risk of passing unwarranted judgments from a removed, holier-than-thou pedestal. So as I write this column, I want to be as impartial as possible.

It’s understandable why individuals would feel axiomatic moral beliefs are disposable. Ethical reciprocity, or “do unto others,” is flawless — in theory. In reality, self-gratification drives most actions.

Think about these common scenarios: Someone in class is willing to endure the abuse of always providing you with homework help. Or gaining a leg up on the competition, not by work ethic, but by cunning and brownnosing. Almost everyone would denounce these acts as wrong, yet we do them anyway against our true moral instincts.

We’ve been encouraged — subconsciously or not — to use any means necessary. Executives boast stories of climbing over others to reach the top of the corporate ladder. Negative political campaigning has become expected. You’re probably familiar with “nice guys finish last.” But is that the world any of us want to live in?

A wise, fictitious character named Suzaku Kururugi once proclaimed, “Any ends gained through contemptible means aren’t worth anything.” Result-centered methods, in many situations, are overestimated in significance. When one factors in the damage and suffering others experience, it naturally reduces the worth of these dubious schemes.

The world suffers when everyone acts in a self-interested manner. Bloody competition may help identify winners and losers, but when our own livelihood is tarnished by the constant threat of someone else usurping our success, paranoia takes over. We look for monsters that aren’t there. We all lose.

A person only has his or her principles to stand by. Things such as property, relationships and success are finite illusions doomed to disappear over time. Principles are infinite. A conscience will always hold you culpable for your actions, and the resulting remorse will continuously remind you of your faults. It’s the worst form of poetic justice, and it lasts a lifetime.

I can never be certain which virtues are correct. I can only advocate and hold myself accountable for my own actions, while never subjecting others to my ethical canon.

What kind of person do I want to be? I don’t know. But whoever Marc Priester is in five, 10 or 20 years, he’d better make damn sure he fulfills his dreams without harming others.

Marc Priester is a sophomore economics and government and politics major. He can be reached at marcpriester@gmail.com.