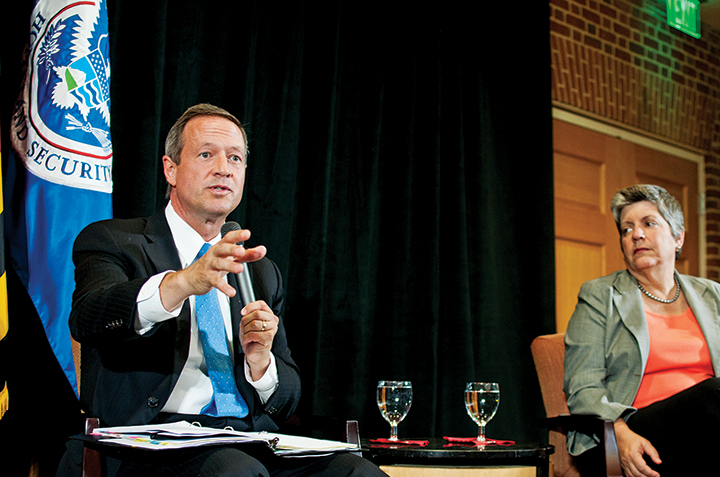 CORRECTION: This story incorrectly stated the university system’s increase in projected revenue. The article has since been changed to reflect this correction.

While legislators in Annapolis hope to boost state higher education funding this year, lawmakers in Washington working to rein in spending could stymie those efforts.

With the best budget outlook in Gov. Martin O’Malley’s more than six years in office — the state will not have to make drastic cuts or tax hikes to finish in the black — O’Malley’s proposed budget pours billions into higher education. Additionally, it invests in STEM programs, technology-driven course redesign and university research programs, drawing praise from higher education officials, including University System of Maryland Chancellor Brit Kirwan and university President Wallace Loh.

The university system alone boasts nearly $5 billion in expected revenue this year — a nearly 3-percent increase from last year — from its various funding sources including tuition and fees, grants and state appropriations.

But the state will still be bound by the terms set on Capitol Hill, where lawmakers are still working to remedy the fiscal cliff, a slate of tax hikes and spending cuts built into law in 2011.

After what has become an almost two-year battle between Republicans and Democrats in Congress to negotiate a sustainable budget trajectory, legislators officially put a revenue solution on the table to help close the budget gap. However, they punted automatic spending cuts until March 1, leaving it uncertain what line items Congressional lawmakers will trim and how that will trickle down to the state.

This state and Virginia could be gearing up for a big hit if Congress makes sizable reductions. Both states’ workforces are tied heavily to the U.S. government through federal jobs and contracting. If cuts threaten job loss in those sectors, the state could lose a hefty revenue base.

“That could trickle back in everything from property tax values to sales and income tax collections,” said public policy school Dean Don Kettl. “The fiscal cliff negotiations have a direct connection to Maryland, to Maryland’s economy, to the Maryland state budget and all the way of course to the university.”

Since pulling out of a nationwide recession that ended in 2009, higher education has faced the chopping block in several states. While this state’s investment in higher education has managed relatively well, Kirwan said this may be the first time in a while that it is seeing more investments instead of absorbing cuts and trying to limit the bleeding.

While the system’s Board of Regents will still need to come to a vote on tuition increases after the legislative session ends, it is likely tuition bills will once again rise by 3 percent for in-state students.

The state is swelling its budget for yet another year, and despite criticism that O’Malley has been a big spender, a slow-growing economy and a series of revenue-raising measures have given O’Malley a bigger blank check to work with in writing this year’s budget.

The state has also been making reductions over the year to remedy what had been an almost $2 billion structural deficit, the likes of which forced the state to hold back on big-ticket investments.

“This is the year that everybody hopes that that structural deficit will finally go away,” Kettl said, adding that it helps “put the state back on a more sustained path and to be able to get back to thinking long-term.”