If passed, DREAM Act would not bring influx of students to university 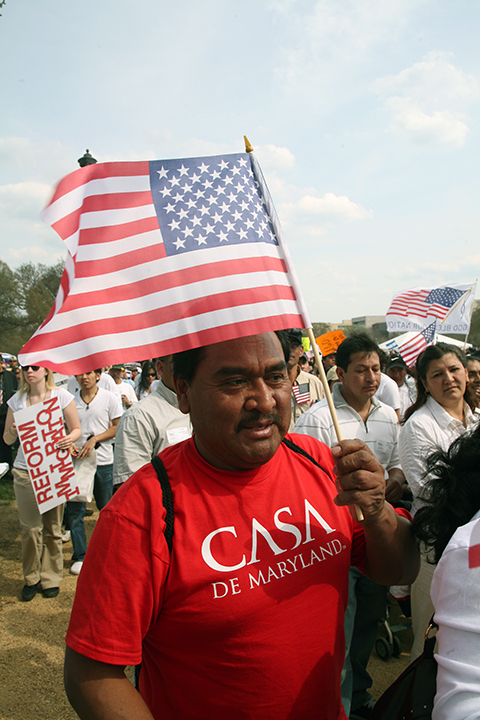 The university may not see a large influx of undocumented immigrants enrolling should voters uphold the DREAM Act in the statewide referendum in November, according to university and state experts.

In part because of the requirements of this state’s DREAM Act, fewer than 1,000 undocumented immigrant students in the state would likely enter a two- or four-year college or university next fall, said Kristin Ford, an Educating Maryland’s Kids spokeswoman, based on the experience of states that have passed similar legislations.

“None of those states have had more than 1 percent of their student bodies comprised of DREAM Act students, so that’s the projection we’re using,” Ford said.

The state’s DREAM Act would allow undocumented immigrants to qualify for in-state tuition at any of the state’s two-year community colleges or four-year universities if they attended a state high school for at least three years and their guardians have filed state taxes.

“None of the other states require tax paying or being able to prove that you or your family have filed state income taxes,” Ford said. “So we anticipate that will whittle the pool even further.”

The number of undocumented immigrant students who could enroll in college also depends on their ability to afford the full in-state tuition, Ford added, as undocumented students are not eligible for state or federal financial aid.

Government and politics professor Robert Koulish said he thinks it is reasonable to estimate a number of students in the low thousands would apply to state colleges as a result of the DREAM Act and their enrollment “would not overwhelm resources at the state’s community colleges.”

“Further, the number of Dreamers coming to College Park are not likely to be nearly as high,” Koulish said.

Stella Rouse, a government and politics professor, said that assessment of the legislation’s immediate impact was fair.

“The law is fairly stringent in Maryland as far as the DREAM Act is concerned,” Rouse said. “It’s not automatically going to affect a significant amount of undocumented immigrants.”

Joel Sati, a student at Montgomery College who recently disclosed he is an undocumented immigrant, volunteers with CASA de Maryland with the hope that students like him will be able to attend college.

“They have the ambition and ability to be positive forces in their communities, but the fact that they have no papers doesn’t allow them to be even that,” Sati said.

Despite these projections, several students said they thought the law would encourage more immigrants with children to enter the country illegally.

“I completely understand the fact that the immigrants this act is helping were most likely brought here by parents and had no choice in the matter,” said sophomore Arabic studies and Romance languages major Sara Stifler. “I don’t like the idea of this because it is using our tax dollars and encouraging the exploitation of our country’s resources by people who are here illegally.”

Other students, such as Tanya Kumar, said the importance of the act’s end goal overshadows its potential impact on the state’s educational system.

“If [the DREAM Act] can change the lives of even a small group of people, then it’s worth working towards,” said the junior astronomy and biology major. “If it’s truly the ‘illegal’ part of illegal immigration that people object to, then in good conscience, the right thing to do is give young people trying to build a future in this country the chance to do it legally.”

Koulish said he hopes to see many undocumented students, whom he calls “dreamers,” to take advantage of the Maryland DREAM Act if it passes.

The Latino Student Union and other campus cultural organizations seek to provide undocumented students with a support system if the DREAM Act passes by assisting them with finding resources to afford the cost of higher education, said LSU Public Relations Vice President Diana Villatoro-Sancho.

“It should be guaranteed that the resources that are given to other students, be given to all students during the application process, regardless of their immigration status,” Villatoro-Sancho said.