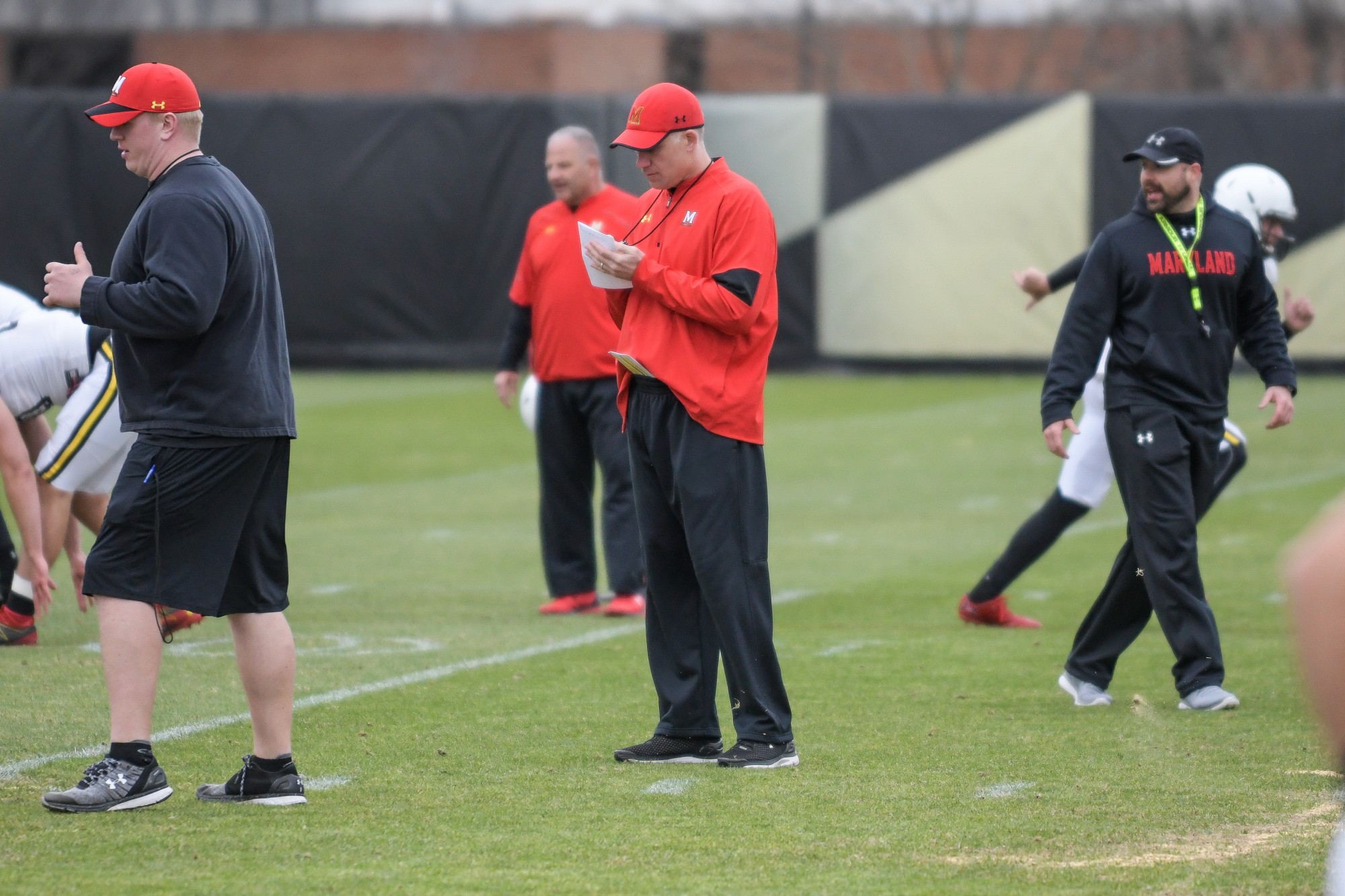 His energy is still high: The first Thursday open session started when Durkin jogged from an interview to the field with his fist in the air to signal an air horn. And he still requires his players to mirror that drive.

But entering his second campaign in College Park, Durkin feels less pressure to preach and establish his values. Instead of learning his players’ tendencies and revamping their habits, Durkin has relished focusing on the intricacies of the sport and his schemes.

“Our guys are actually comfortable with what we’re doing,” Durkin said. “They understand the expectations a little bit better, and it’s allowed us to really focus more on what we want to get done technique-wise, fundamental-wise and more of that as opposed to just talking about a mentality.”

Thursday’s three-hour session on the Varsity Team House practice fields was the Terps’ fifth of the spring. After finishing their winter conditioning schedule, they held three practices before last week’s spring break and one Tuesday.

As they rotated from positional work to 11-on-11 scrimmages, the players admit they’ve recognized Durkin’s shift in emphasis.

Last spring, Durkin often called team huddles between drills for explanations. His staff also installed strict practice rules, such as how to enter the field and line up for stretching and how fast to move between plays.

“Those things are still getting done. They’re still very important,” Durkin said, “but we’ve now been through it with the majority of the guys on the roster.”

The Terps instead started with a loose atmosphere, blaring music during their stretches as coaches ran alongside the lines. Some players danced while strength and conditioning coach Rick Court led a clapping routine in unison with his whistle. As the players began practice, center Brendan Moore conceded their work comes with an edge this year after the team lost the Quick Lane Bowl in December.

“There’s unfinished business, and we don’t like how last year ended,” Moore said. “We’re all just coming out here with a reckless abandon to try to get better.”

So, the defense has an added layer of aggression, linebacker Jermaine Carter said.

The Terps are emphasizing turnovers and stout red zone coverage, two aspects of their game plans Durkin and the defensive coaches want to target for their second year.

The defense perhaps bested the offense in the full-team scrimmages to cap Thursday’s session. One series ended with a blocked field goal attempt that prompted the unit’s sideline, including soft-spoken defensive coordinator Andy Buh, to parade on the field in celebration.

“Defensively, everybody is more settled being in the second year in the defense,” Carter said. “The biggest thing is we just have relationships with the coaches, and the coaches have our back.”