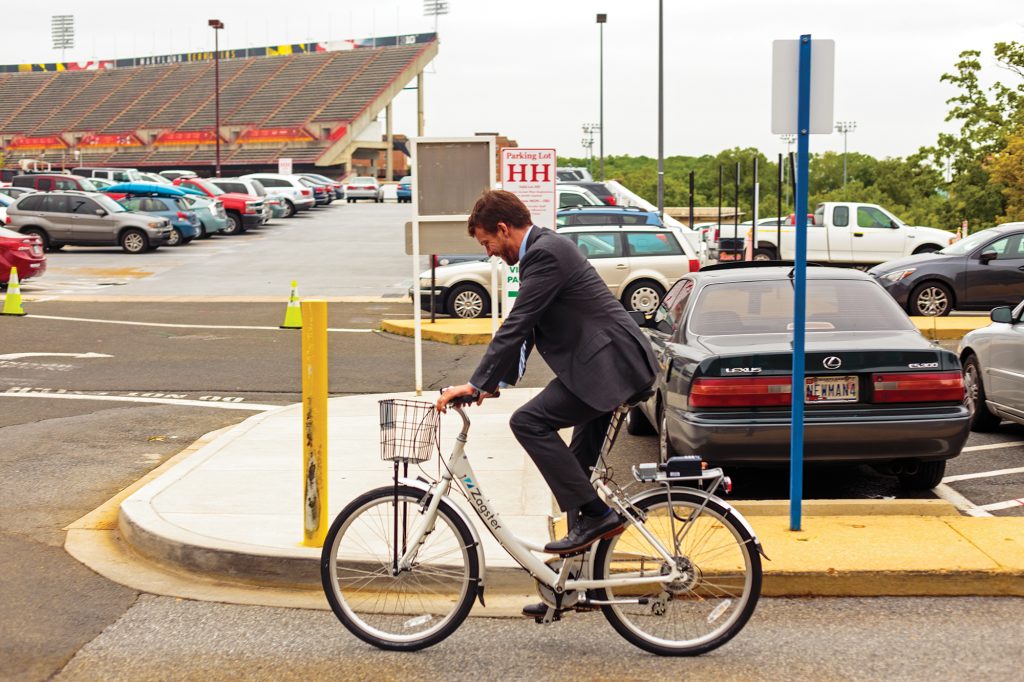 The University of Maryland joint bike-share program with the City of College Park, in collaboration with bike-sharing company Zagster, launched Wednesday at Stamp Student Union next to Union Lane Garage.

The program, mBike, has been in the works for almost eight years, College Park Mayor Patrick Wojahn said.

“It’s going to take cars off of our roads, it’s going to make our students and all residents here and all visitors here to College Park healthier and happier and it’s going to do a lot to just make our city function better,” Wojahn said to a crowd of about 50 people.

In preparation for the launch, 14 bike stations were installed earlier this week in locations around the city, including Regents Drive Garage, McKeldin Mall, Guilford Drive and the College Park Metro station. Residents, students and other campus members who wish to use the program’s bikes can reserve one of the 120 bikes in the system through the Zagster smartphone app.

“This is going to make our campus much safer, much more sustainable, and I think it’s going to help our people on campus get introduced to the amenities in College Park, or take advantage of them more,” said Linda Clement, student affairs vice president.

Users can purchase a variety of different passes that grant access to the bikes once they create an account with Zagster. The first hour with the bike is free, and adding additional hours costs $3 per hour.

Tim Ericson, the CEO and co-founder of Zagster, also spoke at the event. While Zagster operates over 130 bike-share programs nationwide, mBike is the first program that is a collaboration between a university and a city, he said.

“You don’t have to worry about storing it,” he said. “Now you can pick up a bike and drop it off anywhere on the campus.”

“It’s a big deal for College Park to let students who don’t own bikes, who don’t want to pay for storage, have monthly or yearly passes,” said the junior computer science and economics major. “We can ride it to class, to the diner and to the Metro, [which] is a big deal.”