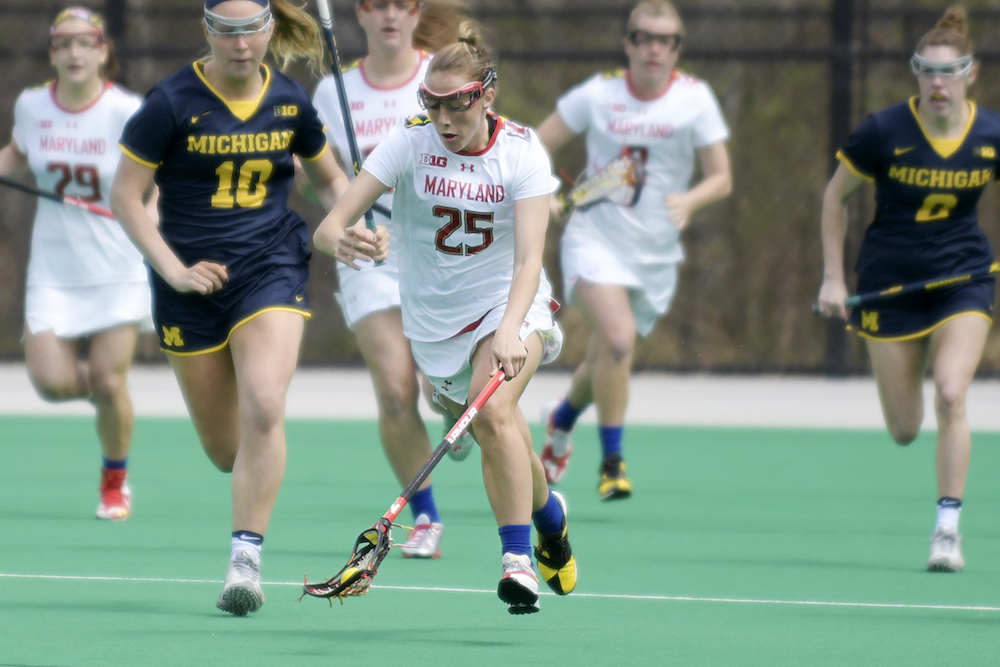 Midfielder Lizzie Colson scoops up a ground ball and rushes to start a fast break their 20-7 win over Michigan at Maryland's Field Hockey and Lacrosse Complex Xfinity Center in College Park on April 1, 2017. (Christian Jenkins/The Diamondback)

The sophomore was key to Maryland’s defense, which didn’t allow a goal until the 12:40 mark of the first half.

While Colson only played for about half the game, she tied for most caused turnovers (2) and ground balls (2), in addition to three draw control wins.

“I’m excited about her. She’s fast, she’s athletic, she’s gaining confidence by the day to become a leader for us out there on the defensive end,” coach Cathy Reese said. “She’s someone who’s going to be a lot of fun to watch this year.”