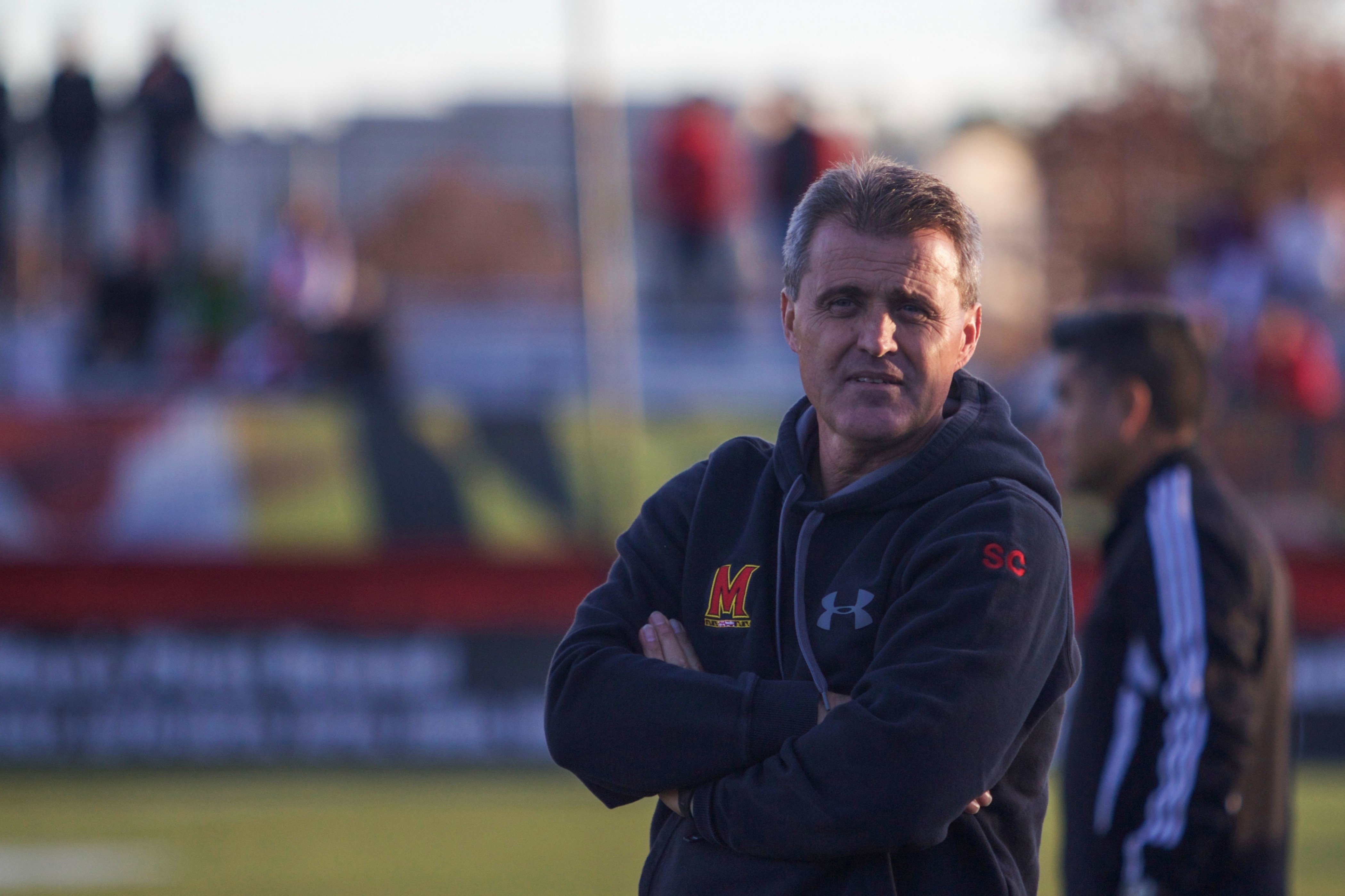 Twice in the 96th minute of the Maryland men’s soccer team’s scoreless draw with Indiana, it appeared the Hoosiers had notched a golden goal winner on shots from outside the box.

Both times, Terps goalkeeper Dayne St. Clair dove and kept them out, once going low to his left and once rising to his right, punching the would-be-winners away and clinched the fourth consecutive tie between No. 5 Maryland and No. 4 Indiana.

It was easily St. Clair’s best game as a Terp, as he made a career-high six saves in his seventh career start to preserve the shutout in a game in which Maryland did not place a shot on goal.

“It’s a tie,” Maryland coach Sasho Cirovski said, “but to me it feels like a loss.”

While the midfielders and forwards struggled moving the ball up the field, Maryland’s defense and St. Clair held strong under the Hoosier attack.

“Towards the first five minutes I thought we were keeping it well,” Maryland defender George Campbell said. “At the start of the second half we started keeping it better, and then it just started getting away from us.”

It took the Terps just over 10 minutes after halftime to match their first-half shot output (2) but they managed two more until overtime.

The Terps played their slowest half of the season in the first half, managing just two shots before intermission. Previously, the fewest shots the Terps had taken in a half was four. Indiana took five shots, including a couple from close-range.

In the 35th minute, St. Clair charged off his line at Hoosiers defender Andrew Gutman, forcing Gutman to attempt a cross that was hit too strongly for forward Rashad Hyacenth to put on target.

Maryland defender Chase Gasper slid to get in Hyacenth’s way, and as he got up he yelled at his teammates, urging them to up their level of play. Terps players and coaches frequently voiced their frustrations Friday as they attempted to hold on to the scoreless draw.

“Yeah, [making saves] is part of my job,” St. Clair said. “But I try to get on [the defenders] to close down shots and then I don’t have to make that save.”

When he was challenged, St. Clair was up to the task. The 6-foot-4 sophomore rose to tip a free kick over the bar in the 70th minute, stopping the Hoosiers’ best look of the second half.

Then, in the 96th minute, Gutman fired toward the bottom-right corner.

“We did some video and I kind of saw that he likes that corner,” St. Clair said. “I kind of assumed that was going to go there.”

St. Clair knocked it wide but the ensuing corner kick fell to Hoosiers defender Rece Buckmaster in nearly the same place as Gutman’s effort. Buckmaster tried to find the upper-left corner, but couldn’t beat St. Clair, despite all the bodies in the box meaning he didn’t see the shot until “very late.”

Those stops, combined with a misfire from Hoosiers forward Mason Toye in the game’s dying moments, meant Maryland salvaged a tie on a night they looked far from their best.

“This isn’t the end of the world for us,” Campbell said. “We got the result.”