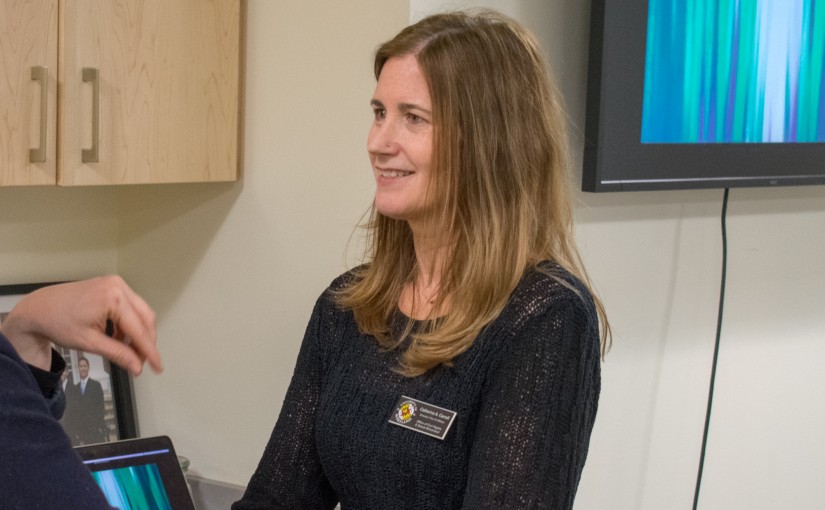 The University of Maryland SGA hosted “Tea with Title IX” on Monday morning to give students an opportunity to ask members from the Office of Civil Rights and Sexual Misconduct questions related to Title IX issues. At least 20 students came in and out during the event.

Under Title IX, a federal anti-discrimination law, sexual discrimination includes sexual harassment, assault or rape, and the OCRSM is responsible for conducting administrative investigations into violations.

Students asked about a variety of issues, such as the office’s investigation process, consequences and collaboration with University Police and CARE to Stop Violence.

A few students had one-on-one conversations with six Title IX investigators and were able to discuss issues or concerns in private, due to the nature of the subject.

An animated video series the office created played throughout the event, showing students how to deal with different types of sexual misconduct.

This is the third year OCRSM has put on the event. The office previously hosted it in Susquehanna Hall, but moved it to the Student Government Association office this year in Stamp Student Union to accommodate a higher student turnout, said OCRSM Director Catherine Carroll.

Junior Meriam Mossad said the process sounded objective and effective, but the problem lies within prevention.

“As a student, I know of a lot of cases from the people around me,”the government and politics major said. “The cases are handled well but there aren’t really any means to stop it from happening.”

Sexual assault cases in the Greek Life community was also a topic of conversation.

“In my sorority, we talk about it a lot, but I don’t know about other sororities or chapters,” Mossad said. “Investigators were saying that so many cases involve drinking and bars.”

Senior Taylor Aguiar, a physiology and neurobiology major and co-director of the SGA’s Sexual Misconduct Prevention Committee, said OCRSM does a good job of addressing sexual misconduct issues with the resources the university has.

“A lot of problems come from underfunding and understaffing and the budget allocation [Title IX] is given,” Aguiar said.

Senior Nan Himmelsbach, an environmental science and policy major and the other co-director of the Sexual Misconduct Prevention committee, agrees that the issue lies within funding and resources.

“Their office and process is great,” Himmelsbach said, “but the number of requests and the fact that we have 35,000 kids here — it’s a lot. And you can’t just necessarily turn things over day after day.”

In December, the U.S. Education Department opened its third investigation into this university’s handling of sexual misconduct cases. The university aims to investigate and resolve Title IX complaints within 60 business days, but the process took about 90 business days during the 2016-17 academic year, according to OCRSM’s annual report.

The report said the university addressed this issue by hiring new staff — in October 2016, the school announced it would fund three new positions in OCRSM.

A lack of awareness about sexual misconduct issues is concerning, and not many students know about the office, said freshman elementary education major Erin McCormick.

“An event like this is definitely a good start, but if we put more awareness through social media, it would be an easy way for students to know about the issue,” she said.