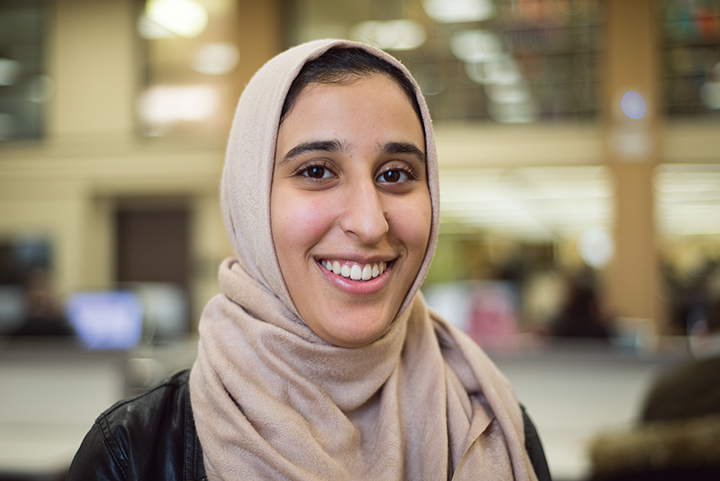 In response to Donald Trump’s presidency and increased hostility toward Muslims nationwide, one University of Maryland student is launching an organization to give Muslim students a political voice on the campus.

Muslim Political Alliance is a student group that, “addresses the social and political needs of Muslim students,” said Sarah Eshera, the club’s founder. Students of every religion and culture are welcome to join, she noted, but the group will focus on issues affecting Muslim students, such as Islamophobia and Trump’s executive order barring travel and immigration from seven predominantly-Muslim countries.

Eshera said she first had the idea for the group in October, leading up to the election, and felt it was necessary to follow through with it now, amid concerns about the Trump administration.

Critics have decried Trump’s action as a “Muslim ban.” A federal judge temporarily blocked key parts of the order on Feb. 3. After a panel of appeals court judges refused to reinstate the order Thursday, the case could proceed to the Supreme Court.

“The election has had a big impact on speeding up the process [of starting the group] and getting it out there, especially after the Muslim ban when a lot of people didn’t know who to turn to,” Eshera said. “There was no one there to really deal with the politics and provide Muslim students with legal and political advice.”

Ja’Nya Banks, the director of SGA’s diversity committee agreed now is the time for a new group dedicated to serving Muslim students.

“It’s extremely important given the political climate we are facing right now,” the junior special education major said. “It seems like a lot of people who are Muslim are facing not only discrimination and Islamophobia, but also recent events like the ban on Muslims from the seven countries and the idea of having a registry.”

“Throughout my four years here, I’ve seen a lot of different issues that the Muslim community has had to face,” the global development policy and Middle East studies major said. “It’s just really important for us to have a strong base and strong student leaders.”

Javed, who has worked with Eshera to establish the MPA, stressed there will be a focus on political, legal and media programming to educate members about their rights moving forward.

MPA is in its initial stages in establishing itself on the campus, but Eshera said she sees potential for the group to motivate students to become more politically active.

“I hope that Muslims can … kind of show that we’re not just going to keep our heads down throughout this and we’re not going to be scared of the Trump administration,” she said. “I hope Muslims can unite around this.”