Behind his trademark poise, Kasim Hill is ready to run Maryland football’s offense 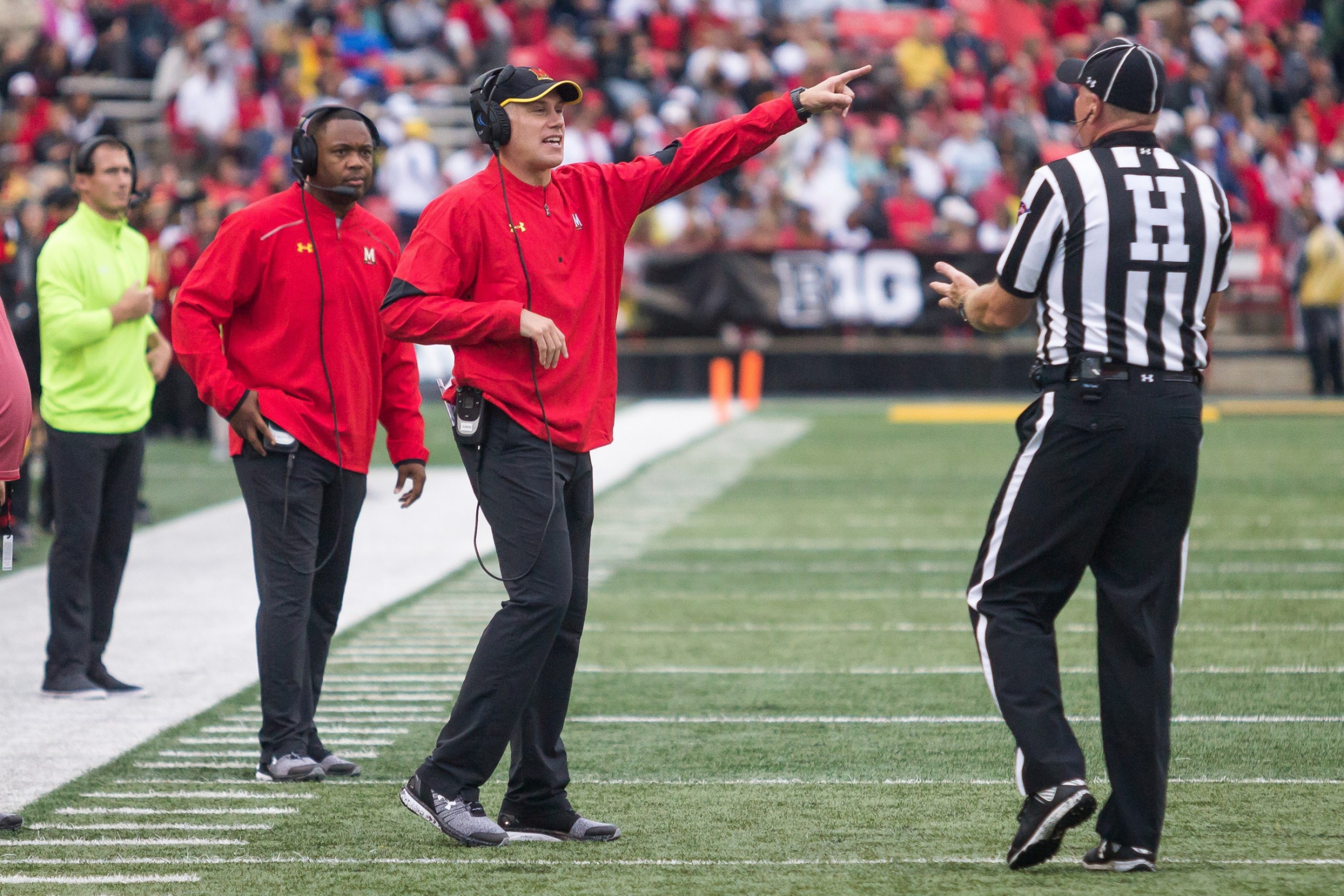 Maryland football quarterback Tyrrell Pigrome slipped twice while trying to scramble in the first half at No. 23 Texas on Saturday. Both times, he stood up and returned to the huddle.

But when he went down after faking out a defender in the waning moments of the third quarter, he didn’t bounce to his feet. Instead, he stumbled toward the sideline before collapsing on the turf. He needed assistance from trainers to leave the field.

Coach DJ Durkin announced on Tuesday that Pigrome suffered a torn ACL and will miss the remainder of the season. He also said defensive end Jessie Aniebonam — Maryland’s 2016 sacks leader — fractured his ankle against the Longhorns and will be sidelined at least several months.

Pigrome and Aniebonam will undergo surgery this week.

While the injuries put a damper on Maryland’s upset victory at Texas, the squad trusts backup quarterback Kasim Hill and a rotation of reserve defensive linemen to keep the momentum going entering its weekend tilt with Towson. After all, the Terps finished off the Longhorns without Pigrome or Aniebonam.

“Sometimes when you do go through [adversity],” Durkin said, “you get a little stronger because of it.”

Still, the loss of Pigrome, who was in the midst of a career-best performance, dealt a blow to an offense that gained 482 yards on Saturday. The Pinson, Alabama, native kept Texas off-balance with 175 passing yards and 64 rushing yards, as well as three total touchdowns.

He earned the starting role with an impressive offseason camp and appeared poised to build on an inconsistent freshman campaign. Now, he’ll watch the rest of the year from the sidelines, something defensive back Antoine Brooks called devastating.

“It’s very tough for him and for our program,” Durkin said. “I was proud of how he played and how he competed. I know there was a lot of questions about him going into the season and what he can or can’t do … but he showed everyone what he’s capable of doing.”

As Brooks reflected on Pigrome and Aniebonam’s injury news, he spoke in a low, somber voice. But he said Hill possesses the qualities necessary to lead the offense, while others are capable of stepping up on the defensive line.

Backup defensive lineman Bryce Brand recorded a fourth-down sack to force a turnover on downs after Aniebonam exited with his ankle injury. Brand is one of a few options Durkin can turn to as a replacement for the skilled pass rusher.

“[Aniebonam] is one of our guys that we think is a dynamic pass rusher,” Durkin said. “That’s a hard one — to see the disappointment on his face. … We have some options up there, we played probably a dozen guys on the defensive line in that game.”

Hill, meanwhile, completed all three passes he attempted in his college debut, including a 40-yard toss on third-and-long. He also scored on a three-yard touchdown run to help the Terps pull away late.

The four-star recruit was not expected to start this early in his career, but his teammates believe he can overcome his lack of experience.

“He’s probably one of the most poised quarterbacks that I’ve ever been around,” running back Jake Funk said. “He comes in very calm … and he has a lot of leadership qualities.”