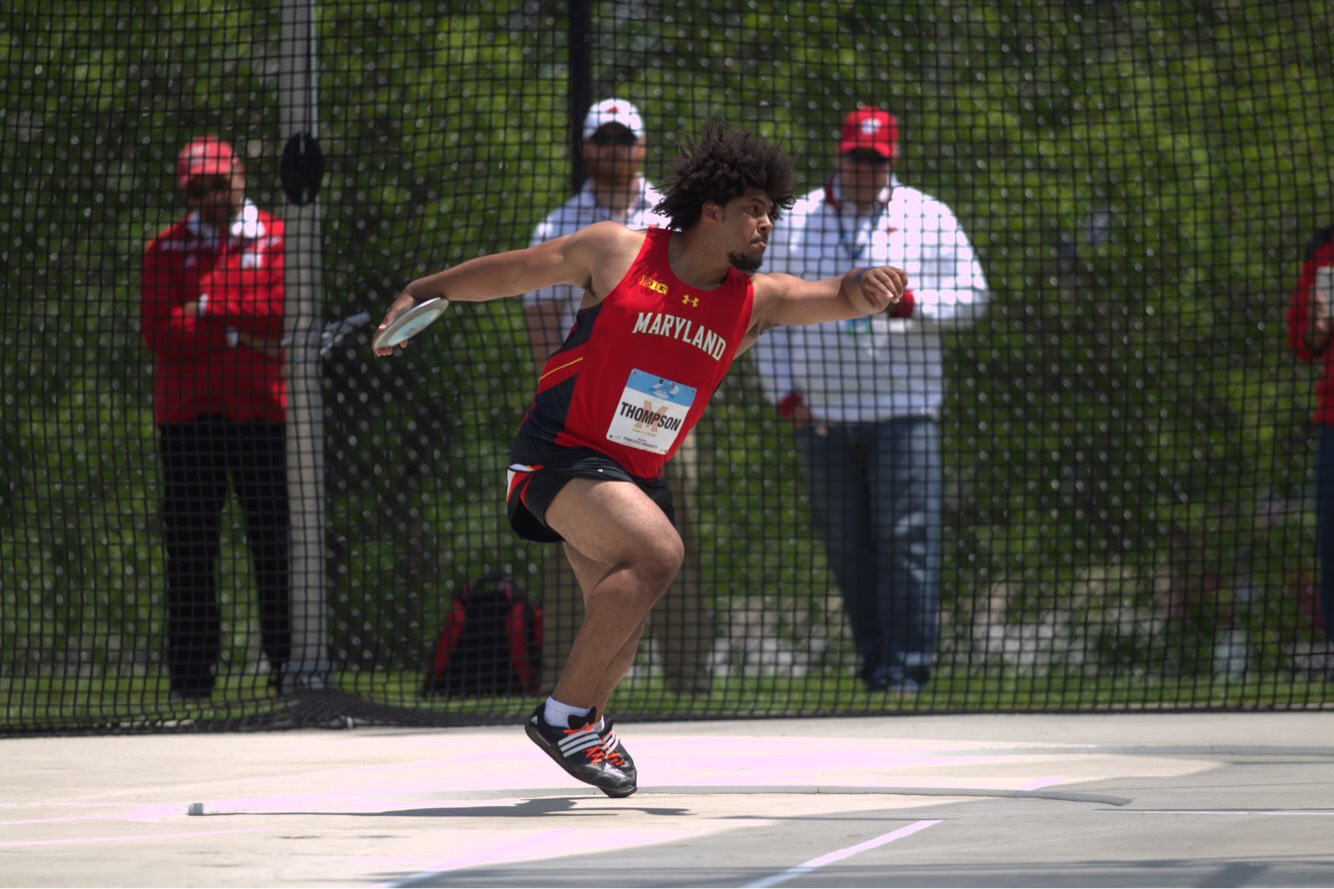 Maryland track and field thrower Greg Thompson fed off the home crowd’s energy as they began a uniform clap for his final throw at the Kehoe Twilight meet on May 5. He rocked back and forth, then whirled around, launching the discus into the air.

As soon as it left his grasp, he leaned back, clenched his fists and let out a roar. Thompson knew he just broke the Maryland discus throwing record, topping Alan Baginski’s 1983 mark. After sitting out last season, the London native followed Baginski again, becoming the first Maryland men’s discus thrower to qualify for the NCAA Championships since the former record holder did 34 years prior.

“Last year, sitting out and seeing everyone traveling, the kind of ethos, the team dynamic, that kind of really left me hungry to put on the jersey and do the best I can,” Thompson said. “The focus this year was making up for lost time and just doing the best I can, really.”

At the NCAA East Regional meet in Lexington, Kentucky, last weekend, Thompson secured a 10th place finish to earn a trip to his first NCAA Championship meet. Despite qualifying, he had a rough meet. The sophomore suffered food poisoning beforehand.

“I was throwing up my guts, left, right and center,” Thompson said. “I hadn’t trained, I hadn’t left my room in three days, and I was competing the following day.”

Thompson was dubious going into the meet, but forced himself to regain strength by eating and drinking. Then storms in the area pushed off his event, throwing off his preparation. He nearly fell asleep at a diner as the team passed the time.

When it was his turn to throw that night, one of his efforts went straight into the ground. Another flew 55 meters, not far enough to place in the top 12. But one throw reached 56 meters, leaving him in 10th place, securing his trip to Oregon next week.

“I was just grateful to make it,” Thompson said. “To kind of be somewhat mediocre on the day, but to still be amongst that top 12 is fairly humbling, and again, it leaves me hungry for more, to make sure I don’t repeat those kinds of mishaps.”

Thompson is the first male discus thrower in assistant coach Roland Desonier’s 29 years with the program to make the NCAA Championship meet.

“Most of my throwers in my 29 years here have been local kids, walk-ons, castoffs — kind of like the old Oakland Raiders,” Desonier said. “And they’ve done a great job. They’ve all gotten to the regional meet, … but Greg was the first one to get out of it. You have to be competing on a high level, and on that day as well.”

This season, Thompson focused on returning to the basics in training after a difficult adaptation to collegiate life last year. He had high expectations entering the university, but as a redshirt, it didn’t pan out. After finishing sixth in the British Championships over the summer, Thompson returned to Maryland knowing he was only a foot or so off Baginski’s record. Topping 60 meters gave him a clear focus to train toward.

At about six feet tall, Thompson is on the smaller size compared to traditional discus throwers, who generally range from 6-foot-2 to 6-foot-6, Desonier said. The pair has focused on gaining strength, while Thompson employs a unique throw style to take advantage of his athleticism.

“He’s got to make up for it in other ways,” Desonier said. “All he has to do at this point … is just to try to tweak little things, the interconnecting things, that will help him not fall off at the end [of his throw]. Hardly anybody throws it with the same technique, but I’m one of those ones that, if it’s not broke then let’s just keep capitalizing on it, keep working with it.”

Three Terps qualified for the NCAA Championships in Oregon for the second year running. Against the highest level of competition, Desonier and Thompson know a 56-meter throw isn’t going to cut it. But he’s focused on leaving a mark as the first Maryland thrower in 34 years.

“I knew I was NCAA ready,” Thompson said. “Knowing the history now in retrospect makes it all the sweeter. Now that I’m kind of contributing to the history of the program, I’m showing the program is now starting to move in a forward direction, particularly with our throwers.” 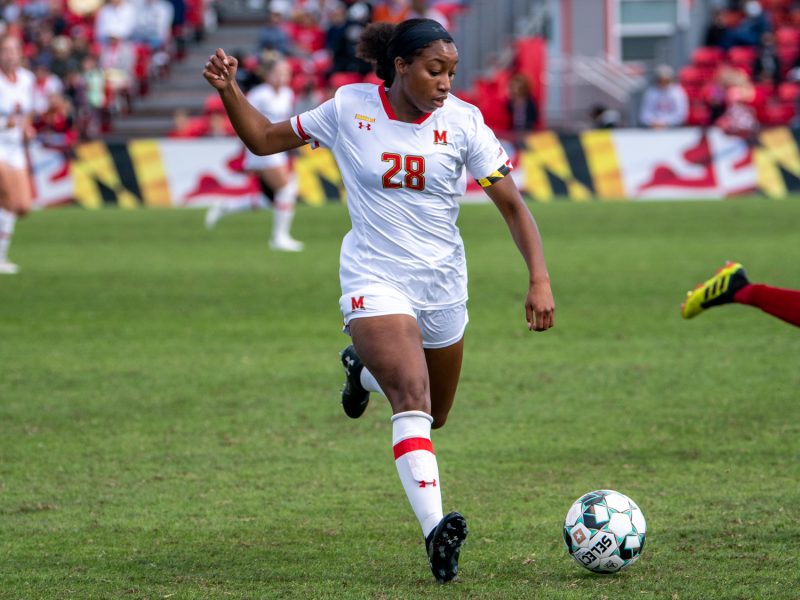