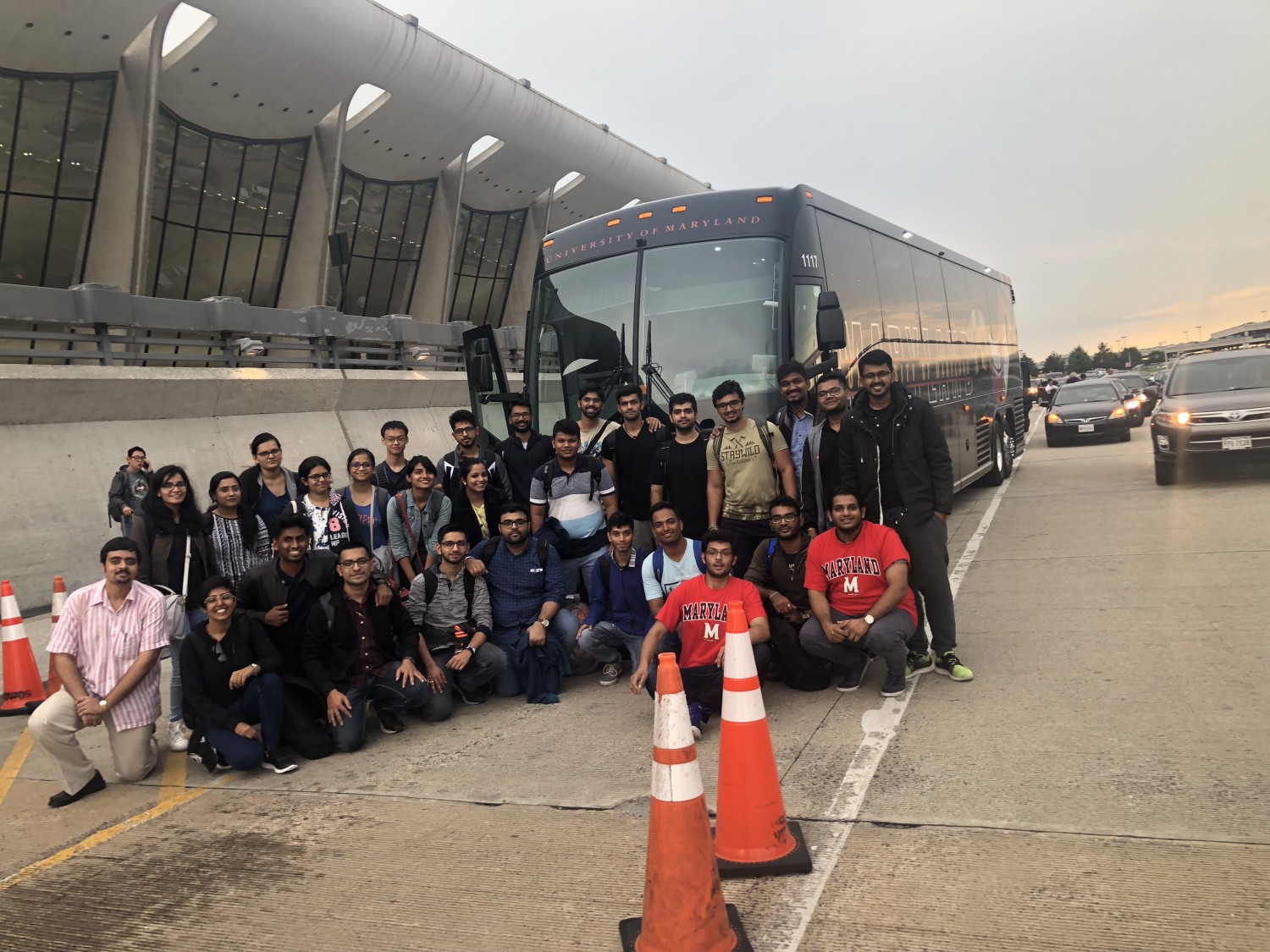 More students are taking advantage of the shuttle from Washington Dulles International Airport to College Park, which is funded by University of Maryland colleges and other offices.

Registration is up 43 percent from last year, from about 250 students to more than 400.

The route is not funded by the Department of Transportation Services, which usually oversees buses. To get this route, the university entities had to rent buses from the department.

Lately, the department has been embroiled in a struggle to fund its own bus routes, many of which were diminished in May before being reinstated over the summer thanks to funding from sources such as the far more profitable Department of Athletics.

[Read more: The UMD weekend bus to the College Park Metro is back, thanks to funding from an unlikely source]

The service can make the transition to this university easier, particularly for students from abroad flying into the international airport, by introducing them to the volunteers and to each other, said Kenneth Pinto, the president of Yuva, a group supporting Indian graduate students at this university. Yuva is one of the supporting groups volunteering to greet students arriving at the airport and usher them to waiting shuttles.

“Whenever they come here, they already know people,” he said. “They don’t have to be lonely.”

Originally, students had to register by July 1 to use the service, which will be available to students between Aug. 1 and 21 with at least one pickup per day.

DOTS upgraded all the Dulles-bound buses to larger motor coaches to allow more room for luggage, at no extra cost to the groups and colleges who foot the nearly $7,000 bill, said Graduate Student Government student affairs vice president Xu Han. Now, apart from Aug. 8 and 9, there is still room on board for students who didn’t register in July.

[Read more: UMD’s bus route to Columbia is back]

Five student organizations at this university worked together to coordinate the service for students — the GSG, Yuva, the Chinese Students and Scholars Association, the Student Government Association and the International Student Career Assistance Alliance.

This year, the SGA helped fund the service for the first time since it began in 2011, contributing $700 to the operation. Various colleges at this university as well as the International Student and Scholar Services, Graduate Student Legal Aid, the Graduate School and the Office of the Provost also contributed to help cover the cost.

SGA student affairs vice president Rohini Nambiar is scheduled to volunteer for the service before it ends about a week before the first day of classes.

“It’s a really great way to reach out and let people know that, ‘Hey, we’re your student government and we care about you,'” said Nambiar, a rising senior public health science major.

“Ideally, they could just hop on, but we want to know they’re coming,” he said, adding that he asks students for their contact information and flight numbers.

While pickups began this month, Han said student groups started making preparations at the beginning of the summer, distributing surveys to students to collect information on flight schedules. All of the efforts were worth it to make students feel welcome, he added.