“Her own path”: Maryland volleyball’s Jada Gardner breaks from her Duke basketball ties 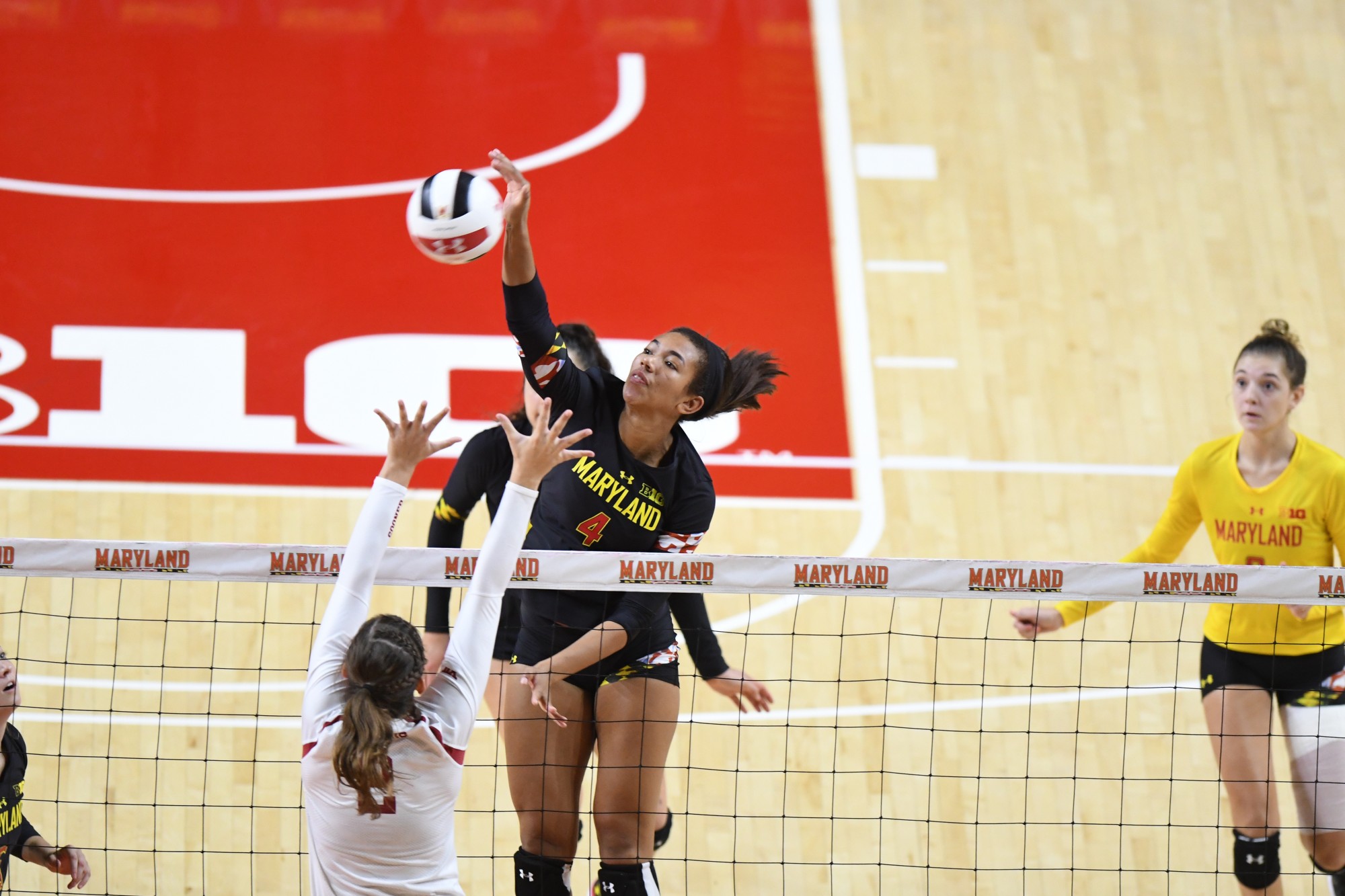 Battier’s rejection capped a 20-point performance that pushed the Blue Devils to victory after they trailed by 10 in the final minute of regulation. As Battier left the floor, Terps fans showered him and his teammates with boos, unhappy with the latest turn of a storied rivalry.

About 14 years after Battier contributed to that victory, Gardner committed to the Maryland volleyball team as the No. 68-ranked recruit of the class of 2017. She chose the Terps over Duke and Minnesota, where her mother Stephanie Gardner competed in track and field.

This year, Gardner has helped the Terps to their best start to a season since 2005 as a reliable middle blocker, joining the lineup after Katie Myers tore her meniscus. She’s third on the team in blocks per set.

To read more about how Jada Gardner diverged from her family history to break through for Maryland volleyball, click here.