Maryland women’s soccer falls in overtime to No. 13 Penn State 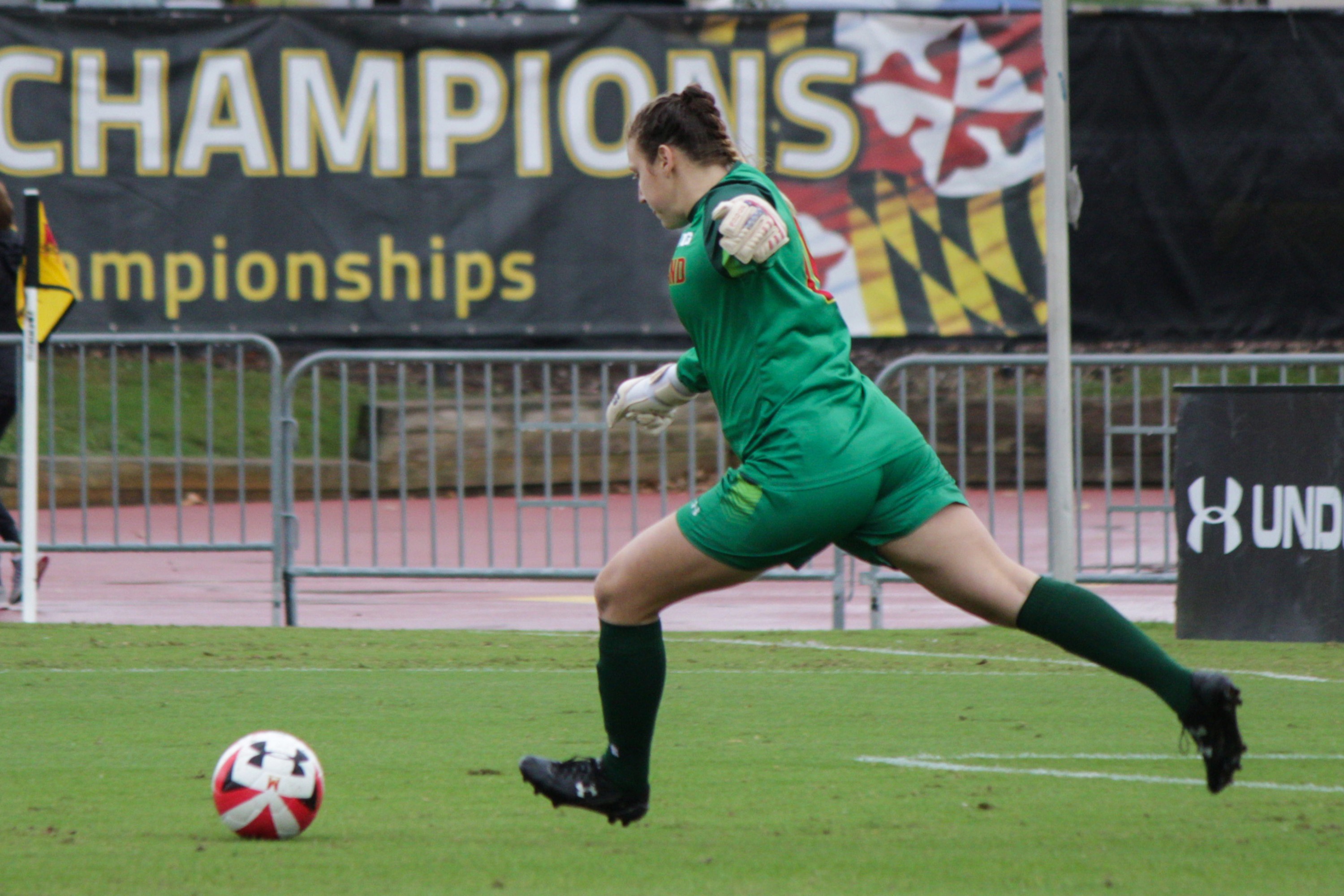 It took 76 minutes for the Maryland women’s soccer team to attempt a shot against No. 13 Penn State on Sunday. The Nittany Lions had taken 11 shots to that point.

But the Terps thwarted a number of dangerous Nittany Lions attacks during regulation, forcing one of the Big Ten’s best squads to play an overtime period.

However, their inability to challenge Penn State’s defense came back to haunt them, as the Nittany Lions scored just over four minutes into the added frame, defeating the Terps, 1-0.

“We knew it was going to be one of the best, if not the best team in the conference,” defender Sydney Staier said. “We just did our best and tried to live up to it.”

Using the pace of midfielders Darby Moore and Hope Lewandoski, with the latter of the two filling in at striker early on, the Terps attempted passes over the top of the Penn State back line. While none resulted in scoring chances, the Nittany Lions were forced to frantically track back on multiple occasions.

Coach Ray Leone said he saw progress from the Terps in attack, even though this was their fourth straight contest without a goal.

“We’ll find a way,” Leone said. “We’ll find a way to get the ball back into the back of the net again, but at least we’ve kind of recaptured our mentality. I think we kind of lost that for a bit.”

Penn State also created breakaway chances. Goalkeeper Rachel Egyed came up big on one such situation in the 19th minute, closing down the angle and catching the shot to ensure there would be no chance for a rebound effort.

The redshirt junior has elevated her game on many occasions this season, and she saved the Terps several times on Sunday. She made five stops in total, all of which provided a jolt of energy to the Terps, Staier said.

“I do my best so that I can hopefully inspire the rest of my team to do their best,” Egyed said. “I know that the energy starts from the back.”

After a 2-0 loss to No. 12 Ohio State on Thursday, Leone said the Terps’ best chances would come from set pieces. However, they didn’t manage any corner kicks in the contest.

Maryland’s defense broke down early in the overtime period. In the 95th minute, a Penn State through ball found open midfielder Laura Freigang, and she fired the ball by Egyed to give the Terps their first overtime loss of the season.

Still, Leone was pleased with Maryland’s performance. He said it’s encouraging for the Terps to put in decent performances against highly ranked teams in spite of the disappointing results.

“We learned today immensely by playing such a sophisticated team,” Leone said. “We’ll break down this tape more than any other tape, just for them to see what they did.”

CORRECTION: Due to a reporting error, a previous version of this story stated goalkeeper Rachel Egyed made a save in the 55th minute. Her save came in the 19th minute. This story has been updated.