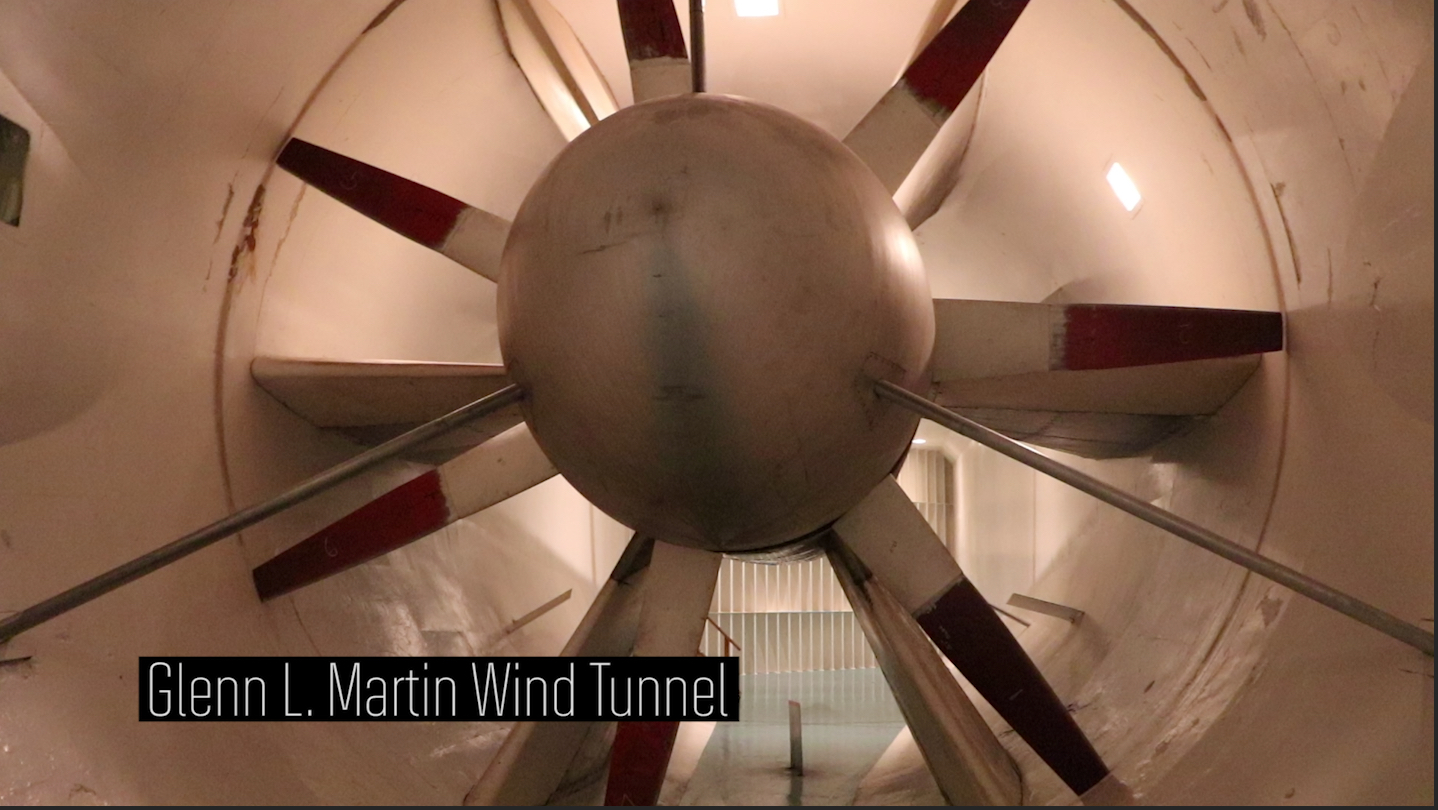 To many students at the University of Maryland, the Glenn L. Martin Wind Tunnel is just a building on the map. But to others on the campus, it’s an integral part of their daily lives.

A wind tunnel is a large tube with moving air inside that’s used to replicate flight, according to NASA. In particular, it helps scientists develop aircraft or automotive technology.

The on-campus wind tunnel, located near the Jeong H. Kim Engineering Building and A.V. Williams Building, is the second largest university tunnel in the United States, and the largest on the east coast, said aerospace engineering major Noah Robinson.

Under Armour used the wind tunnel to test their speedskating suits and the men’s U.S. Bobsled team used it to practice body positioning in their sleds. Users pay about $1,000 an hour to use the tunnel.

To run the tunnel, a propeller creates wind, which moves in a closed circuit to create the necessary speeds, Robinson said.

The wind tunnel provides opportunities for students to take a year off of classes and work full time to get hands-on experience in the field. After his junior year, Robinson took a break from school to work in the building.

One of the main benefits of working at the wind tunnel is the opportunity to see real-world tests, he said.

“We spend a lot of time learning stuff in class, but … a lot of it is just theories or concepts that they tell you can be applied, and you have to just believe it but working here, I’ve gotten to see all sorts of different testing, whether it’s automotive or aviation or durability testing,” Robinson said.

During the year, the students work by running the tunnel, taking down data, setting up tests and completing whatever else is necessary to make it run, he said.

This wind tunnel is a low-speed tunnel, meaning it runs less than about 300 miles per hour, said Jewel Barlow, wind tunnel director and a former associate professor at this university. Barlow has directed the wind tunnel since the 1970s.

The maximum speed of this wind tunnel is 230 miles per hour, Robinson said.

The opportunity also “allows me to get exposed to a wide range of different aerospace fields so I can figure out more what I’m interested in post-graduation,” Robinson said. “It’s good to be involved in real projects [that] eventually you’ll see out in the public.”

Jeroen Beh, a junior mechanical engineering major who is also participating in the program, said wind “lets you know whether or not you’re on the right track.”

“We have a lot of computer software where you can simulate certain scenarios … and having [the wind tunnel] on campus allows people to verifies those results so they can see if what they’re actually analyzing is correct,” Beh said.

The tunnel tests a wide assortment of objects, from airplanes to tree trunks.

One of the most interesting things about working in it, Beh said, is the variety.