A team of UMD sociology professors launched a fundraiser to study D.C. protests 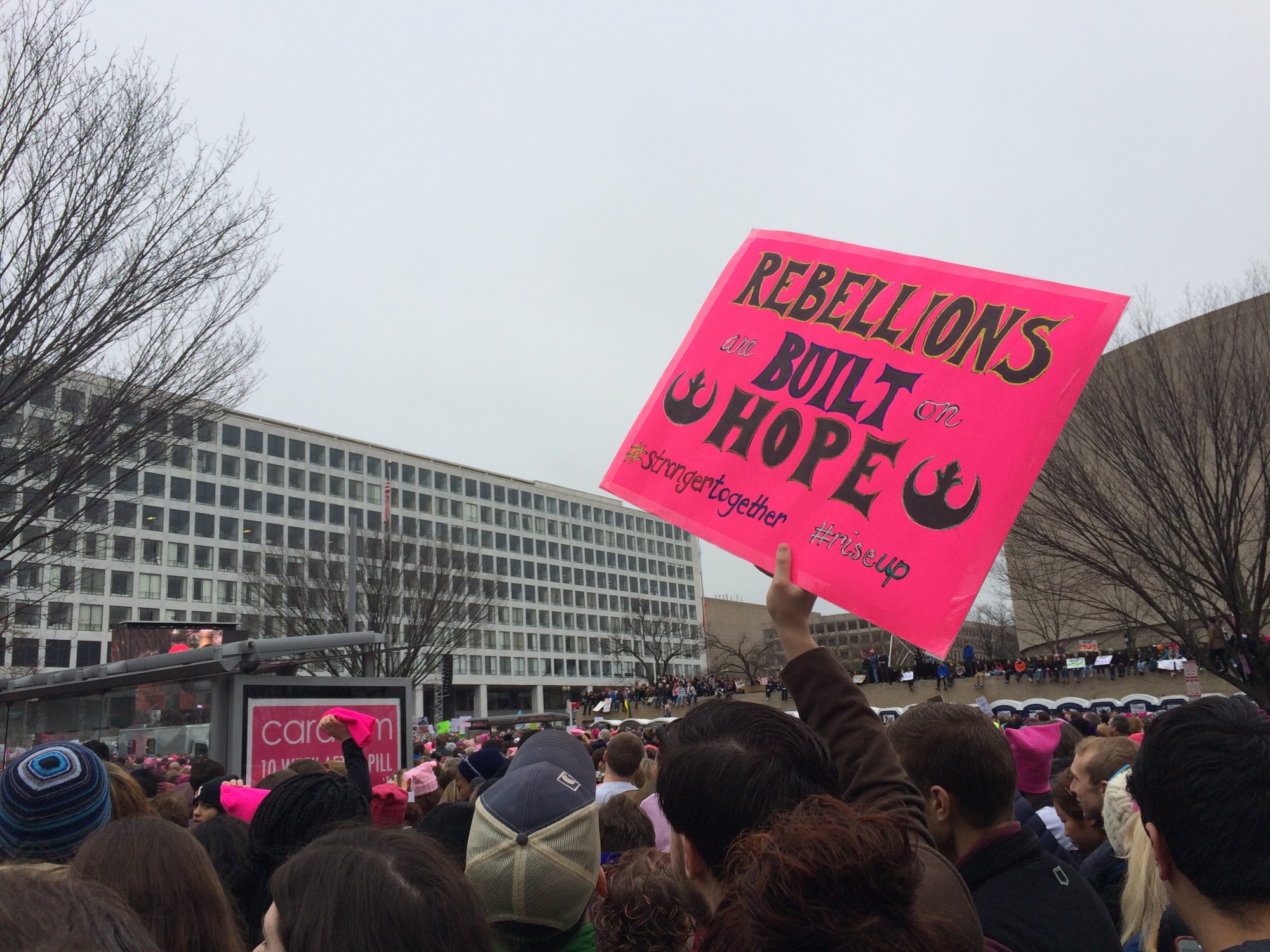 A University of Maryland team launched a fundraiser to help buy materials for data collection while studying upcoming large-scale protests in Washington.

Three sociology professors are trying to raise $7,400 to purchase at least 12 tablets to survey protesters, according to the fundraising page, and pay a graduate assistant to help with upcoming projects, said sociology professor Dana Fisher.

The group, currently made up of six graduate and undergraduate students and three professors, is studying who participates in protests in the United States and why. They plan to survey attendees of Washington protests, such as the March for Science and the People’s Climate March. They will also try to attend other events that draw a significant crowd, according to its fundraising page.

Most recently, eight team members surveyed 528 participants from the Women’s March on Jan. 21, which drew about 500,000 protesters to Washington the day after President Trump’s inauguration.

Using clipboards and paper, the researchers snaked through the crowd and gave every fifth person a survey, which included questions asking if they had protested before, who they voted for in the 2016 presidential election, the issues that drove them to attend the march and their demographic information, said Danielle Koonce, a sociology doctoral student who worked on the project.

One of the team’s key findings determined 33 percent of the participants were first-time protesters — an unusually high amount, Fisher said. Including these first-timers, about 56 percent of protesters at the march hadn’t participated in a protest in over five years.

“That says a lot about how important the issues are [and] a lot about how much people are being affected by the political changes that are occurring with the ushering in of the new presidency and new policies,” Koonce said.

However, it can take a long time — sometimes three or four weeks — to analyze large data sets like the one collected at the Women’s March, because the research team has to manually enter information from the clipboards into a program, said sociology professor and team member Rashawn Ray.

Having tablets could take out a lot of this “grunt work,” because the data will be automatically synced from the device to the analysis software, Koonce said.

The team plans to attend the upcoming March for Science and the People’s Climate March in Washington, and if each researcher is armed with a tablet, they could analyze the data much faster, Ray said.

“[The tablets] instantly upload into the Excel spreadsheet,” Ray said. “We can start analyzing data and have results by the next day.”

“When you have someone fill out a written survey, and then someone else input the data, that’s two times for mistakes to be made,” Dewey said. “If we have it directly coming in from the tablets, then there’s no way … [to] have the data inputted incorrectly.”

Technology is transforming the field of sociology so researchers can begin studying social movements as they happen, Ray said, adding that sociologists have typically studied these movements long after they occurred. For example, sociologists previously relied on archives and newspaper articles to gather information, but tablets have helped speed up the process, he added.

“Our research becomes timely for politicians or organizations to think about how to mobilize constituencies that they’re passionate about,” Ray said.

All of the students who have helped with the project worked for free, Fisher said. The team hopes to earn enough money from fundraising to pay a graduate student to work with data and write up research findings on future projects.

So far, the group’s preliminary findings have been published in various news outlets, such as CNN, NPR and the Associated Press. The researchers also plan to publish future results in scientific journals and on other platforms.

The team members are advertising their efforts with their social media accounts and have reached 25 percent of their funding goal as of March 15.

“We are living in the middle of a social movement,” Ray said. “It becomes important for researchers to tell the American public what’s going on — what people think [and] why they’re doing it.”