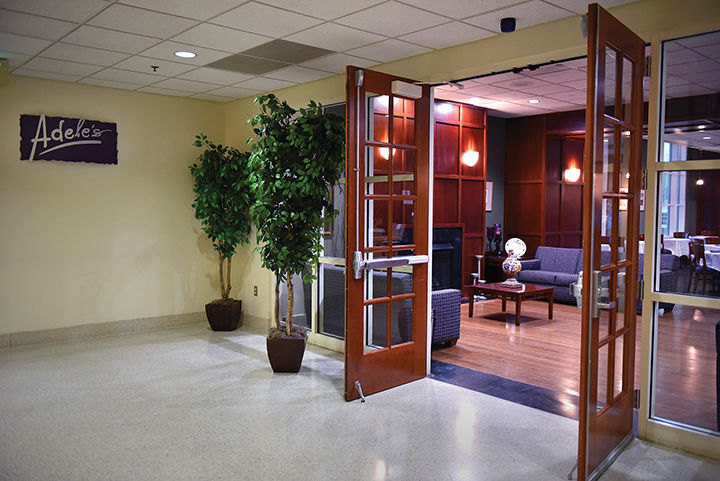 For a set price of $24, customers can eat a three-course meal consisting of a beverage, appetizer, entree and dessert.

“Prix fixe” is a French term that means “fixed price.”

Customers can choose among two appetizers, four entrees and two desserts. The prix fixe menu is available for dinner on Mondays at 5 p.m. Adele’s doesn’t usually offer reservations but will accept them on Mondays.

Grace Davis, assistant student manager at Adele’s, said the restaurant is testing out the prix fixe menu this semester to see whether it is successful. Davis said customers are reacting positively to the changes.

“We usually just have the host explain it to them and then they get it,” the senior environmental science and policy major said.

The prix fixe menu features Adele’s classics such as the Smith Island Cake but also introduces new options, including chicken satay, which was served Monday.

“They’re doing [a new menu] on Mondays instead of the full menu, hoping that they can experiment with flavors and new recipes,” Hipple said.

Because the restaurant accepts dining points as payment, many students go to Adele’s for a classier meal.

Junior He Chun said she thinks the new menu sounds good but has reservations about overcrowding.

“I think it would be great if you live on campus,” said Chun, a biology major. “But then, I don’t know if it would be crowded because you would have to dine in.”

In addition to the full menu being unavailable on Mondays, Adele’s will not take online ordering, because the restaurant does not use the full kitchen while operating on the prix fixe menu. Online ordering will still be available Tuesday through Thursday.