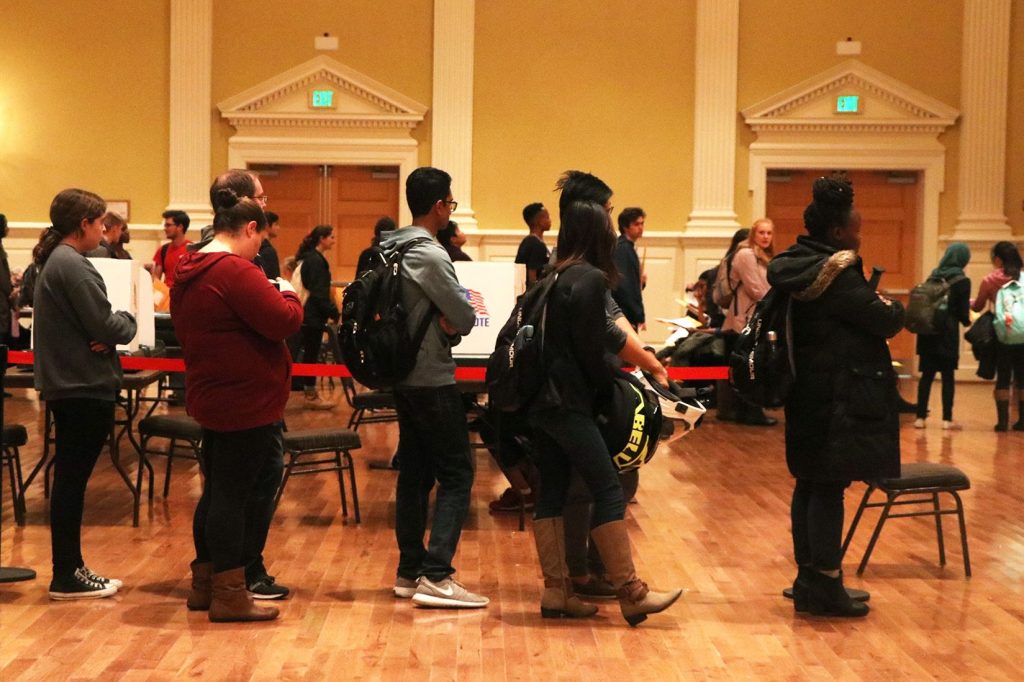 In this year’s College Park City Council election, voters may be able to cast their ballots on the University of Maryland’s campus for the first time, thanks to the planned addition of a polling station at Stamp Student Union.

While Stamp has served as a polling site for county, midterm and presidential elections, this would be the first time that city voters can vote in city council elections on the campus. The location would be targeted toward students, but any city-registered voter would be able to cast a ballot there.

The planned addition of the polling station comes after years of pressure from the university’s Student Government Association, said Jack Robson, the board of elections chief supervisor.

“The SGA has been requesting that we go to Stamp as long as I’ve been election supervisor,” Robson said.

At Tuesday’s work session, some council members expressed concerns about logistical issues with the proposed location, such as the lack of free parking. But Alex Tobin, the student liaison to the city council, said the location’s appeal is its accessibility for a mostly car-less student population.

“It’s the center of campus — I think it’s the easiest one to direct students to,” said Tobin, a senior government and politics major. “And to be frank with you, almost none of the students that vote drive to the polls. So we wouldn’t expect a lot of people using that location to be driving to that location.”

Although many of the voters wouldn’t be expected to drive to the new polling location, parking access still has to be guaranteed to avoid an “uproar” from drivers who do want to vote at that location, said Maria Mackie, an election board supervisor.

District 3 Councilman John Rigg agreed. He said the city needs to provide voters with an option.

“Otherwise, if you are a voter who wishes to vote there and you have mobility issues, or what have you, we’re in essence being unhelpful in that,” Rigg said. “And that to me, that really sticks up my craw.”

To provide parking for voters who choose to drive to the Stamp polling location, the city plans to budget $465 to reserve four parking spots for voters. In total, the new polling place is estimated to cost more than $10,000 of the estimated election budget. The $58,000 budget is more than double what was budgeted for the 2017 elections, said city clerk Janeen Miller.

In addition to the new polling center, the city council is also enacting early voting for the first time this year, adding to the increased election costs. The city will open a polling site in the College Park Community Center on Oct. 27, more than a week before regular voting begins Nov. 5.

Tobin applauded the city’s move toward early voting and the addition of an on-campus polling center as victories in expanding voter access for both students and city residents.

“The city has recently been very proactive in expanding voter access,” Tobin said. “Elections train our students to be great citizens for decades to come. It’s very important that cities with such a large student population ask their voice to be heard.”