Maryland’s black football uniforms are cursed. We have proof. 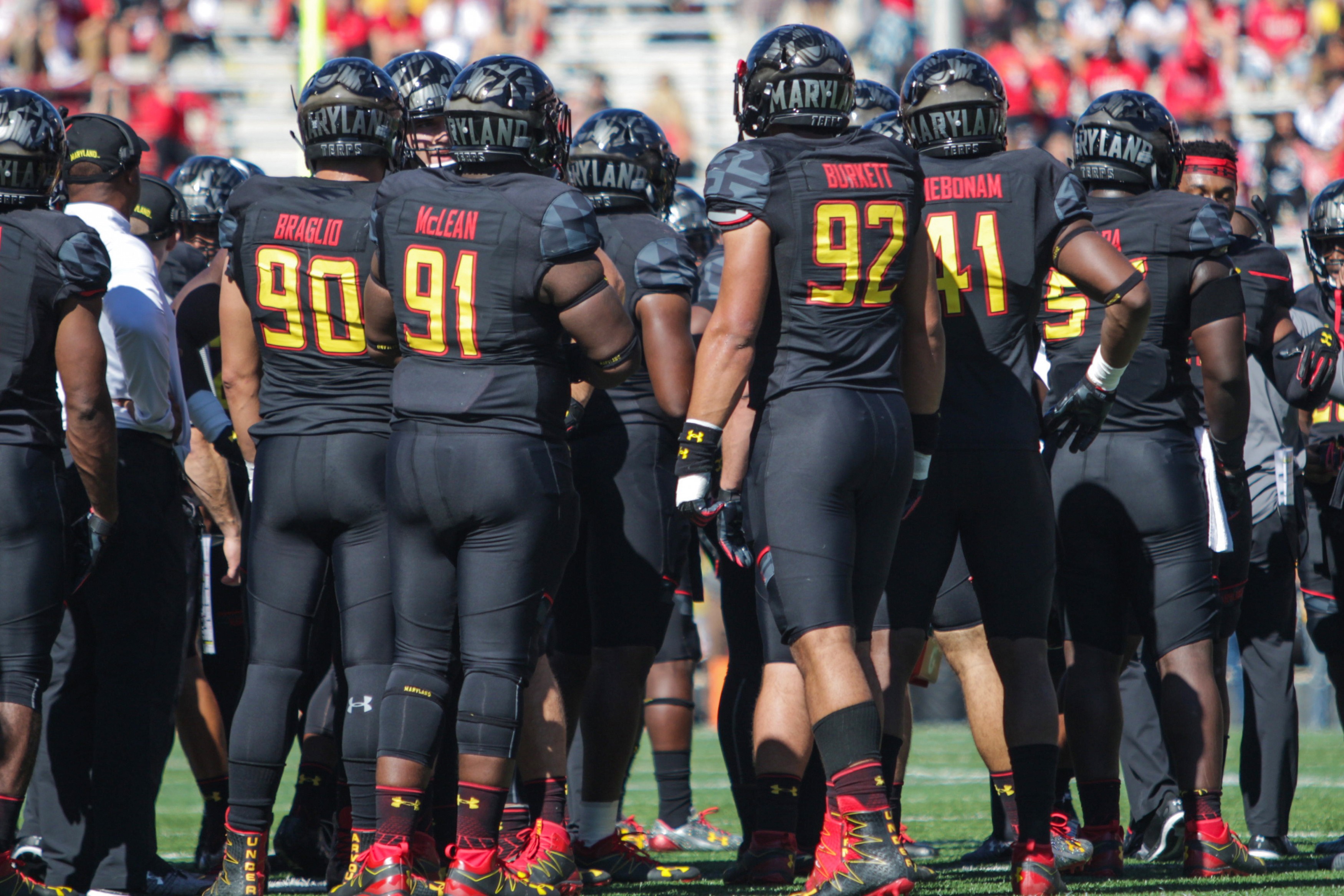 Maryland football suffered a 31-10 loss to Minnesota on Saturday.

You can find excellent analysis of the game from our writers on what went wrong here and here.

In addition to the information found in our two articles on the game, we believe there is another reason why Maryland lost yesterday: the all-black uniforms.

You see, since Under Armour rebranded and redesigned Maryland’s uniforms before the 2011 season, the team has struggled to win when wearing all-black garb. Let’s go in-depth, year-by-year.

Back in 2011, Maryland kicked off the Randy Edsall era in spectacular fashion, beating Miami on ESPN in a primetime Labor Day victory. The Terps wore the uniforms that sparked Maryland’s wonderful and glorious emphasis on our state flag in all of their uniforms.

The following week, Maryland hosted long-time rival West Virginia and came out in all-black. Quarterback Geno Smith, who had not yet become a target of ire from Jets fans, threw for almost 400 yards, more than half of those yards coming from two more NFL players — wide receivers Stedman Bailey and Tavon Austin — in Maryland’s loss.

This campaign shall forever go down in Maryland history as the year every quarterback was injured. By the time Nov. 17, 2012 rolled around, Maryland was starting Shawn Petty, a natural linebacker. Maryland came out in all-black hoping to upset the No. 10 Seminoles, who entered the game 9-1.

Petty did an admirable job given his circumstances, throwing for two touchdowns and avoiding any interceptions. However, Maryland’s defense again endured the wrath of a future NFL player. This time, it was running back Devonta Freeman gashing the defense for 148 yards and two touchdowns in Maryland’s loss.

After a disappointing first two years of the Randy Edsall era, Maryland looked to be finally making progress in 2013. The Terps entered the Boston College game with a 6-4 record, knowing they already had a bowl game just about locked up.

In all-black, the Terps needed to stop the Eagles’ Andre Williams. Williams was fresh off of a jaw-dropping 339 rushing yards against NC State and was arguably the best running back in the country. Maryland couldn’t stop Williams, who rushed for 263 yards and went on to lead the country in rushing yards, finishing fourth in the Heisman Trophy voting.

Maryland came into the clash with the Spartans feeling good. The Terps had just beaten rival Penn State in Happy Valley to move to 6-3, meaning they would be appearing in a bowl game for consecutive seasons. Maryland’s home game against No. 12 Michigan State was a chance to get a signature win in their its first Big Ten season.

With an 8 p.m. kickoff on Big Ten Network, Maryland’s crowd had a blackout with the uniforms to match. The Terps’ rushed for only six yards and C.J. Brown threw a trio of interceptions as the Spartans’ defense proved too much for Maryland to handle.

Maryland came into its second-ever Big Ten meeting with Michigan licking wounds, a week removed from a 45-6 loss to West Virginia in Morgantown. Maryland’s game against the Wolverines did nothing to help the recovery.

Sporting their all-black uniforms, Maryland failed to score a single point. The Terps were 1-for-18 on third downs, completed less than 33 percent of their passes and threw three interceptions. Michigan’s shutout was orchestrated by their defensive coordinator, DJ Durkin. Just a few months later, he would be Maryland’s newest head coach.

This game just happened yesterday, so we are confident you do not need a recap of it. Plus, we already gave you the link for it earlier.

In six straight years Maryland has opted to wear all-black uniforms. All six seasons, they have lost the game they wore them. There is only one thing that can explain this: They are cursed.

Our recommendation is for Maryland to stick to red and white jerseys and never wears the cursed all-black ensembles ever again.