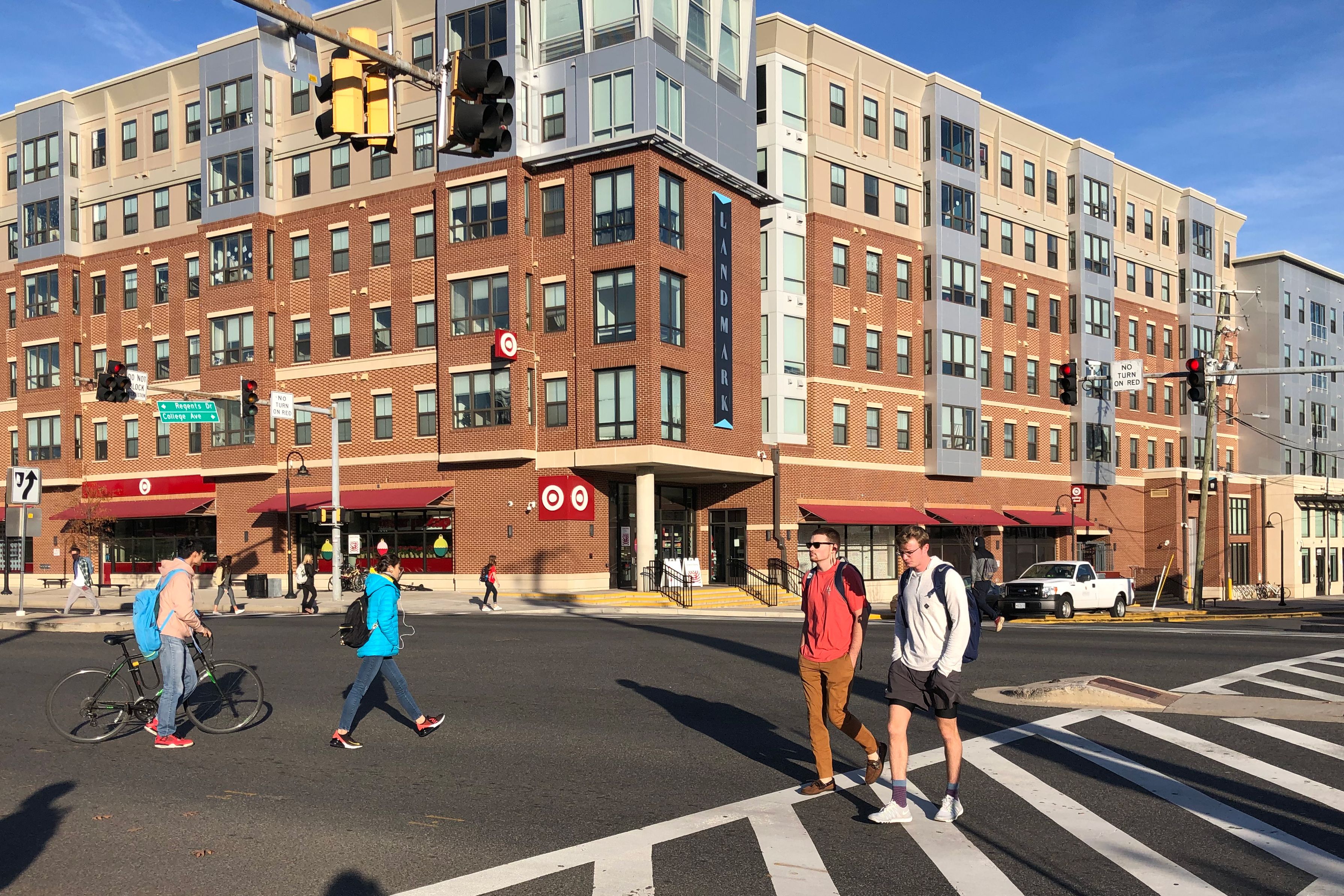 University of Maryland students and College Park residents say they hardly interact despite living in close proximity to each other. The SGA is trying to improve relations by increasing student involvement in city affairs. (Iris Vukmanovic/For The Diamondback)

University of Maryland student Kevin DiCola has lived in off-campus housing for the past three years. Other than a warm welcome from his neighbors when he first moved in, he’s had little contact with College Park natives.

“At my current residence, our neighbors approached us with a housewarming gift and are generally very kind,” said DiCola, a senior computer science and Japanese major. “They asked us politely to not park in front of their house, so we obliged. That is the most interaction I personally have had with CP residents.”

Residents and students like DiCola share the city of College Park every day, yet they appear to live in two separate worlds.

Mary Cook, a College Park resident and former City Council member, said the city has gone through “huge changes” since she first arrived. From the point university President Wallace Loh took office in 2010, she feels that residents haven’t had as much of a say in what goes on in the city.

Meanwhile, the College Park City-University Partnership has spearheaded the Vision 2020 project — an initiative to make College Park a top-20 college town by 2020 — which has led to significant redevelopment along Route 1 and the surrounding area.

“There’s a question people say,” Cook said. “‘Are we College Park with a university in it, or are we the University of Maryland, College Park?’”

“It’s not always easy, it’s not always immediate,” Tobin said. “But I think now, we’re starting to see that the intentions of everyone at the table [are] good.”

He said the council focuses on reducing noise complaints and city beautification.

Cook said she avoids going out to eat on Route 1 during the school year, especially at night, because of students.

Cook said that, when she served on the council, she mostly got complaints about noise or public urination.

“Repeatedly students urinated on residents’ lawns and car tires,” Cook said. “One young man even kicked in the door of a car.”

“When you have parties get out of control, residents move away,” Bryant said. “The more residents, the safer the students and the safer the community is.”

In 2013, the Student Government Association and the city council moved Interfraternity Council tailgates from Old Town onto campus in an effort to alleviate some of the residents’ frustrations.

Tobin said students would be up at 6 a.m. for the tailgate and described it as “obviously problematic for certain residents.” But he added that it would also be problematic not to let students enjoy their Saturday football games. He said moving the tailgates onto the campus was a compromise that worked well.

SGA President Jonathan Allen said other schools’ student governments admire the relationship between University of Maryland students and city residents and have asked him how to establish student liaisons for their respective city councils.

“We want to show that the city matters and their vote makes a difference,” Allen said.

DiCola isn’t involved in the College Park community beyond activities at the university, he said.

“From what I can tell, students living off-campus mostly stick to on-campus involvements,” DiCola said. “For me, community involvements aren’t particularly alluring since I plan to leave after I graduate.”

Junior film studies and Spanish major Rachael Higbee said she rarely speaks to her neighbors, but enjoys off-campus living because it allows her to keep her academic and personal lives separate.

“Personally, I do not know much about how to get involved,” Higbee said. “This is my first semester not living on campus, and it’s difficult to immerse myself into the community while I have schoolwork on top of that.”

“It would be nice if the students really truly cared to get involved with city government,” she said.

Allen and Tobin want to increase student engagement with the city. The SGA created the Student Advisory Committee, which Allen described as an “initial structure to facilitate engagement.” The 13-student committee represents student interests at city council meetings. It can be difficult to get students to invest in the city, Allen said, but he’s hopeful the new committee will help.

“We want to build this good relationship [between students and residents] so that these conversations can take place to begin with,” Allen said.

Bryant said the committee could be a good conduit for an exchange of ideas between students and residents. But she expressed concerns with the potential increase in student involvement.

“Students come in and have ideas that could be new and refreshing, but may not fit in with what long-term residents might want,” Bryant said. “They need to know what the residents want so they understand what’s at stake. … Students might not understand the complexities of living in College Park and not having to deal with ramifications of those decisions.”