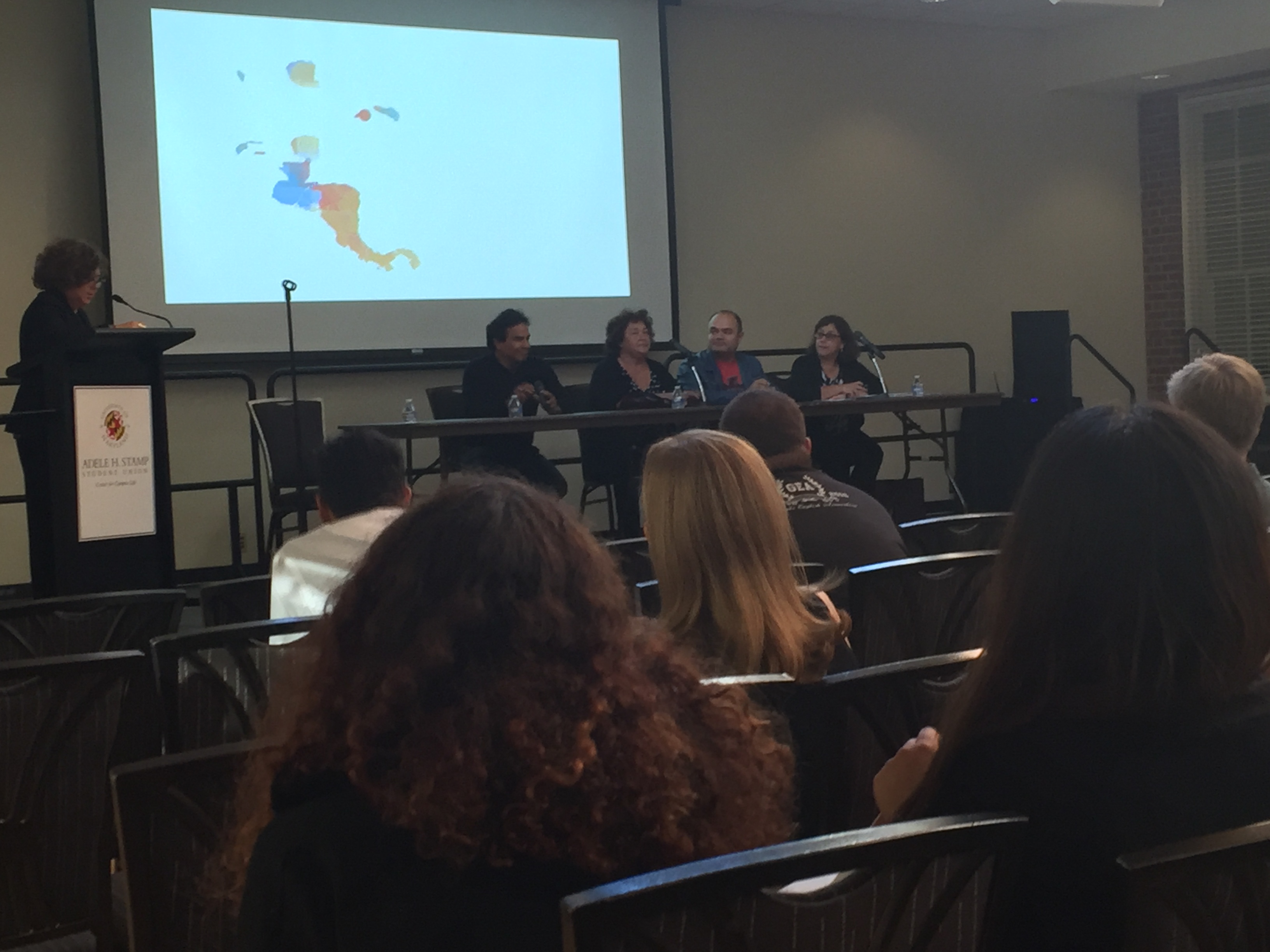 The Central American International Film Festival opened Friday at the University of Maryland with a showing of four short films followed by a panel discussion and a feature-length film.

The festival is the first of its kind at this university, and aims to bring attention to the Central American film industry and issues facing those countries, said Professor Ana Patricia Rodriguez.

“These films represent the current realities in Central America. They address violence and migration.” Rodriguez said. “Central America is always a very neglected area and it often just drops out of the equation.”

Rodriguez joined two actors, Gloria Sandoval and Erick Chavarria, and director Mario Anaya in a panel discussion about the developing Central American film industry and why it is important to show films from the region. About 40 people attended the event at the Stamp Student Union.

“There’s a lack of knowledge in general about Central America,” Chavarria said. “Everything we hear is that there is a lot of violence, that you shouldn’t go on vacation there, but there’s a whole world there.”

The panelists agreed film festivals such this one are important in combatting negative views of the region.

“It’s important to pay attention to Central America,” said Perri Pyle, a history and library and information science graduate student. “Countries in South America are so big and we need to look at Central America too.”

The creators of the film festival wanted to bring the festival to the Washington area and reached out to this university’s Latin American Studies Center in the spring, said Laurie Frederik, the center’s director.

The festival is part of Maryland’s Latinx Heritage Month, which began on Sept. 15. The Washington area has a large population of Central American immigrants, particularly El Salvadorans, Rodriguez said, which is why it was important to bring the festival to the region.

The festival, which runs through Sunday, will also feature Q&A sessions and workshops with actors and directors. Most of the films shown will have English subtitles.

The festival made previous stops in El Salvador and Los Angeles.

“There is so much that we can tell the world about us, about Central America.” Anaya said. “We can show the world what we are, the way we say things, how we talk, what we eat.”