Mind your own tickets! 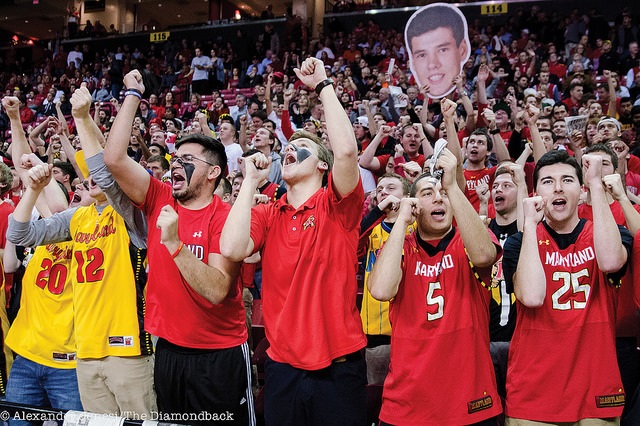 Last year, I noted that with the Terrapins men’s basketball team’s upgraded roster, demand for student tickets was likely to skyrocket and outstrip the student section’s capacity of 4,000 students.

That’s exactly what has happened this season, as the team is living up to its expectations. Back then, I suggested students interested in hoops pay a fee up front to ensure their seats for the year, as is done at many schools where basketball is popular. However, I received mostly negative feedback.

Because no changes were made, students continue to enter lotteries for each game, and for most games, not everyone who wants a ticket gets one. However, the ticket interface has a convenient feature that allows for transferring a ticket to another student. What we have now is a situation in which many students sell their tickets to each other through Facebook groups. For certain games, such as the Georgetown matchup, ticket prices were seen to be going for more than $50.

I have heard plenty of backlash against this behavior, with many calling it “unfair scalping” and “exploitation.” Some people are even threatening to report students who use social media to sell their tickets. These holier-than-thou interlopers are short-sighted in their thinking. To deny students the right to do whatever they wish with their tickets is to sanctify the lottery. There are many reasons not to condemn those who dare defy the almighty lottery.

Last time I checked, there were more than 27,000 undergraduates at this university. The diversity of interests, lifestyles and schedules of our campus community makes the University of Maryland a world-class university. It is simply the case that some students will not have the interest or the time to watch tall men toss a ball around. However, all full-time undergrads are charged more than $400 a year toward athletics fees.

Thus, it is true that a lottery is a fair starting point for any ticket distribution system. Anyone who pays the athletics fee should have a chance to get a ticket. However, this completely ignores the magnitude of any person’s interest in basketball. In an ideal world, the top 4,000 students who would gain the most happiness from attending a game would receive tickets. In that case, those left out would lose smaller amounts of enjoyment than those left without a ticket in a completely random lottery.

To an extent, the loyalty point system steers tickets toward those biggest fans that get the most enjoyment from attending. However, the loyalty point system punishes those who lost previous lotteries. If someone didn’t get lucky in a past lottery, they now have fewer loyalty points and less of a chance in future lotteries. Now, if someone who doesn’t like basketball wants to request a ticket solely to resell it, they will have trouble getting one due to lack of points. But if they do get one and sell it, more power to them for using a university service for which they paid $400.

What about student fans that work certain days of the week, can’t attend every game and fall behind in loyalty points? Shouldn’t they be able to trade their work hours for a ticket for a game they can attend? Maybe exams caught up with them and they simply forgot to request a ticket in time. No matter the reason, allowing transactions is convenient because it allows more options for ticket holders and ticket seekers. When a ticket holder and a ticket seeker consent to a transaction, both parties are better off. The ticket holder values the money more than the ticket, and the seeker values the ticket more than the money.

Thinking about banning student-to-student ticket exchanges seems ridiculous when considering comparable situations. For example, no one bats an eye at the many sales of tickets at concerts or even used clothing that occur between students on social media. The ticket lottery is not that different from how natural resources are found. Brazil won the coffee lottery. Should they not be able to share this coffee with other countries because divine allocation (like the ticket lottery) has determined who has what?

It is hypocritical to think of tickets as special objects immune to earthly laws. It might not make you feel warm inside to see those seats sold in a market but unless you feel the same way about anything else sold on social media, you are mistaken. If anything, an exchange should be set up with a bid and ask price, so that a market price is more clearly established and transactions are facilitated. However you get your tickets, make sure to cheer at the top of your lungs.

Daniel Galitsky is a senior economics and finance major. He can be reached at dgalitskydbk@gmail.com.