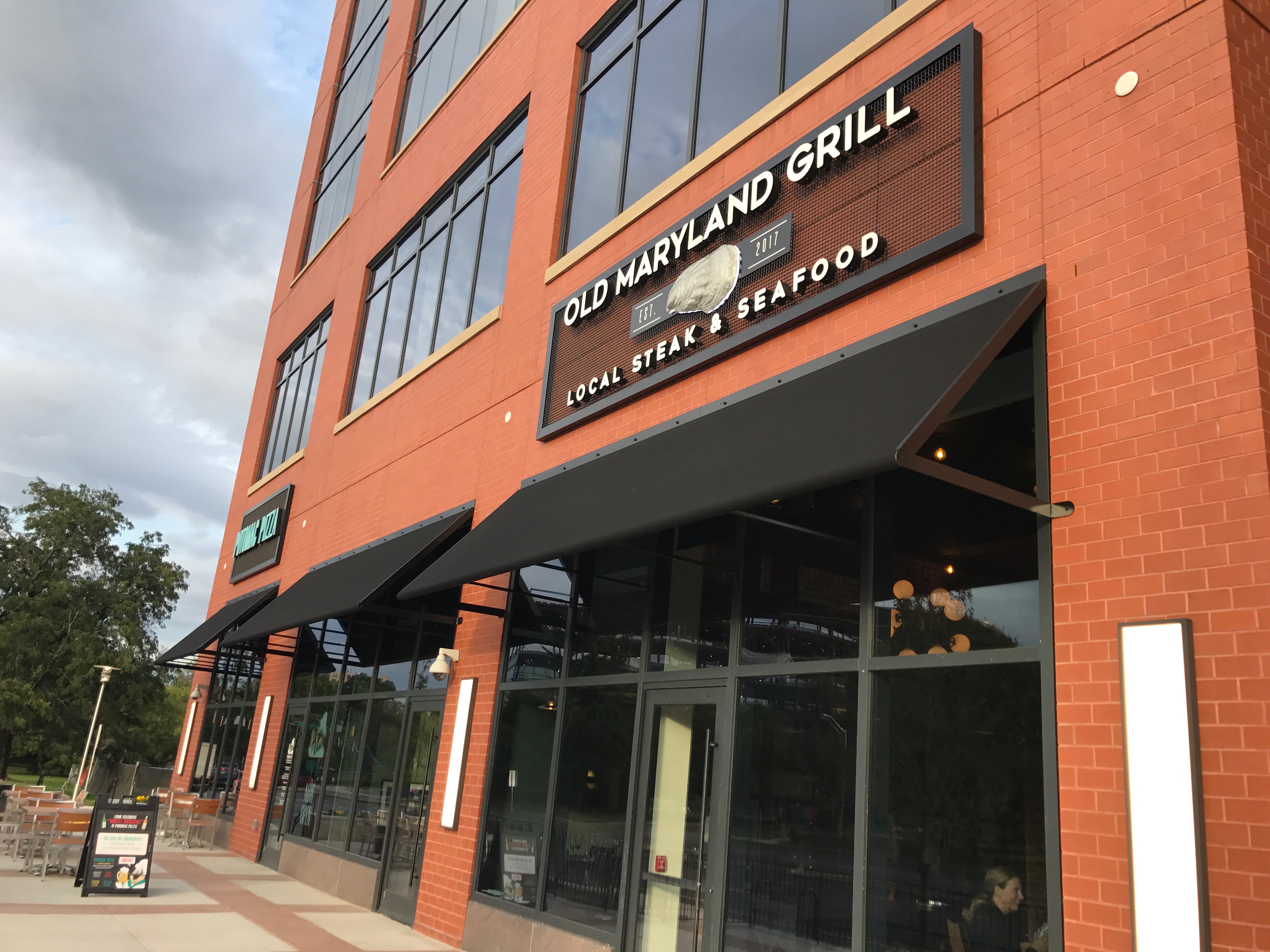 The eatery is one of the newest additions to College Park, located underneath The Hotel at the University of Maryland, which opened last Friday. Franklin also owns a nearby restaurant, Franklin’s, located in nearby Hyattsville.

As one of the only upscale restaurants in College Park, Franklin said he believes this first week was successful, although the staff was not overwhelmed with customers.

“We weren’t crazy busy, but busy enough to get all the practice we need,” he said. “We anticipate as more people start to talk about it, it will get busier.”

Franklin said he decided against advertising the opening, hoping the first week would serve as a practice week for servers and staff, some of whom are students at this university.

The restaurant, which is open for breakfast, brunch, lunch and dinner, uses locally grown and sourced food. Its menu features Maryland-themed dishes, such as crab cakes and Chesapeake blue catfish.

Residents who tried the new restaurant said its upscale atmosphere could spruce up the city and Route 1.

“The fine dining scene in College Park is abysmal. It could help with that issue,” College Park resident Janet Cavanagh said.

Other patrons like Connie Frankenberry, who previously lived in Hyattsville, agreed and said she “really enjoyed” her experience at the restaurant.

“It was peaceful and beautiful. All the staff were very welcoming,” she said. “I was looking for a really good crab cake, and I definitely found one.”

These reports align with Franklin’s mission to provide a fine-dining experience for College Park residents, as he said it’s something the community and this university have lacked until now.

However, the restaurant’s upscale atmosphere comes at a cost, as the meal prices are higher than other eateries in the area, Franklin said. Prices for dinner entrees range from $15 to $49.

Janet Cavanagh was dissatisfied with the pricing.

“The food was delicious,” Cavanagh said, “but I thought it was overpriced for College Park.”

Other patrons — like Monique Wilson, who was visiting from Ohio — disagreed, saying the prices were “very reasonable.”

Despite pricing concerns, Franklin said he doesn’t believe it will deter students and other community members from eating there.

“For breakfast and brunch, those are the shifts we’ll see a lot of students,” Franklin said. “The prices are very reasonable for those shifts.”