Maryland softball’s doubleheader losses punctuated by 12-0 defeat to No. 2 Florida 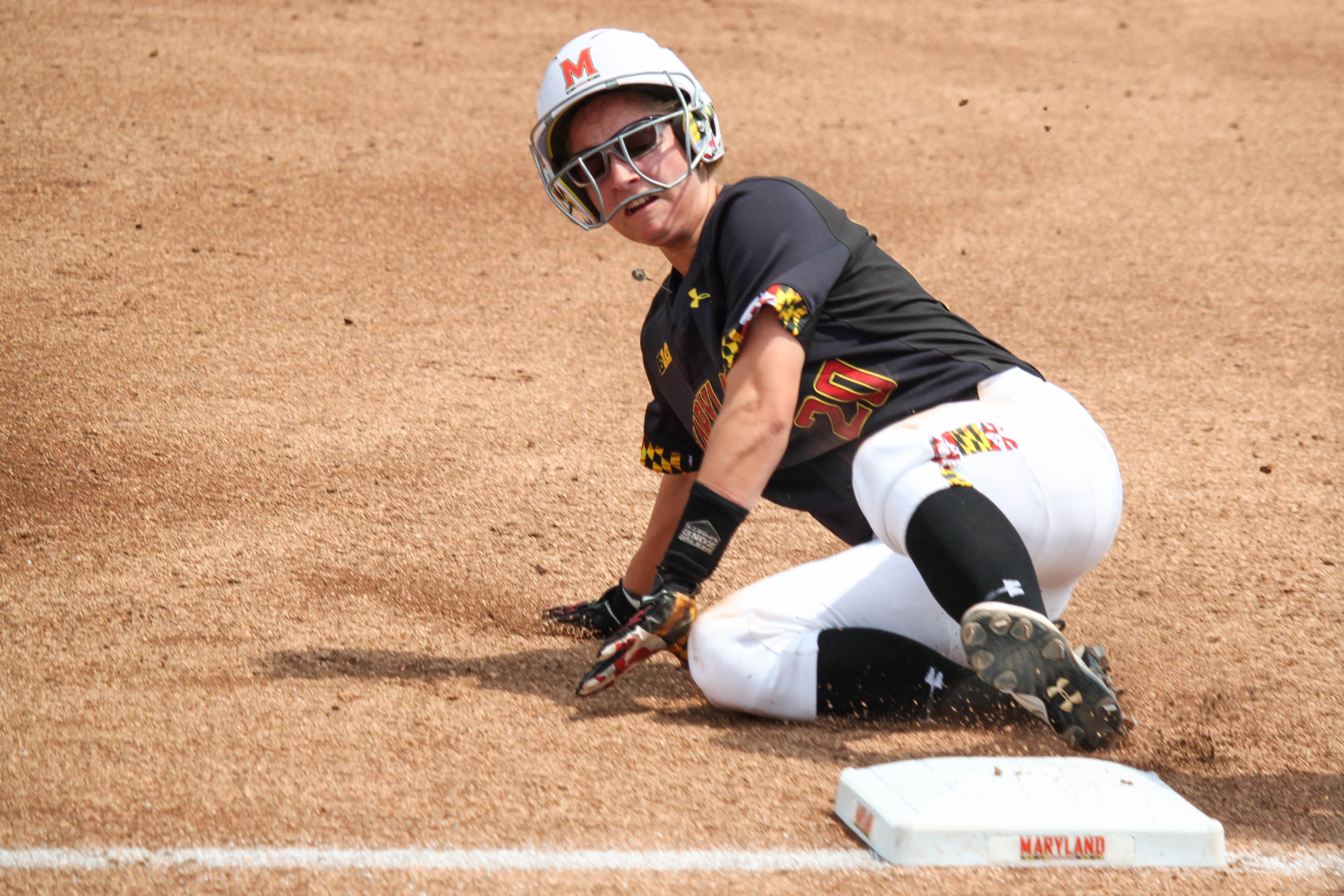 Last season, the Maryland softball team shocked undefeated, then-No. 1 Florida in Gainesville, beating the Gators 4-2 for the Terps’ first win of the season.

This year, however, Florida got revenge. The No. 2 Gators beat Maryland, 12-0, by run rule in five innings Saturday, their second win over the Terps of the weekend and the Terps’ second loss of the day, having lost 4-1 to Georgia Southern in the first game of their doubleheader.

Florida took the lead in the first inning. The Gators loaded the bases before first baseman Kayli Kvistad ripped a three-run double to left-center field. Two batters later, a sacrifice fly to center field scored Kvistad and put Florida up 4-0.

Florida doubled their lead in the third with a two-out rally. A pair of RBI doubles and a run-scoring single pushed the lead to 8-0.

The Gators added two more in the fourth on shortstop Sophia Reynoso’s second two-run double of the game.

Coming off a breakout offensive performance Friday against Iowa State, Maryland struggled with the bats Saturday. They followed up the one-run performance in game one with only one hit against the Gators.

Saturday, Maryland pitchers once again had control issues against Florida. After walking 11 batters in their 7-2 loss to the Gators on Friday, the Terps walked eight in the run-rule loss Saturday.

Maryland also fell behind quickly in its first game of the day. Georgia Southern jumped ahead in the first inning when shortstop Macy Coleman deposited the first pitch she saw from Terps starter Ryan Denhart over the left centerfield fence for a two-run homer.

The Terps pushed their only run across when designated player Brigette Nordberg scored on an interference call against Coleman.

Maryland looked like they would head to the seventh inning trailing 2-1, but with two outs, a play that was originally called an out at the plate was called interference on catcher Shelby Younkin.

The call allowed one run to score on the play, and the next batter, designated player Logan Harrell, singled in another run to push the Eagles’ lead to 4-1.

In the top of the seventh, Georgia Southern pitcher Rylee Waldrep retired the Terps in order, finishing a complete game in which she allowed six hits and walked one batter.

In both games, Terps pitchers had trouble missing bats. Maryland combined to strike out only three batters. Maryland pitchers now have just 32 strikeouts in 79.1 innings on the season.

The Terps wrap up the tournament in Gainesville on Sunday morning against Illinois State.