Review: Jeremih and PartyNextDoor shine at the Fillmore 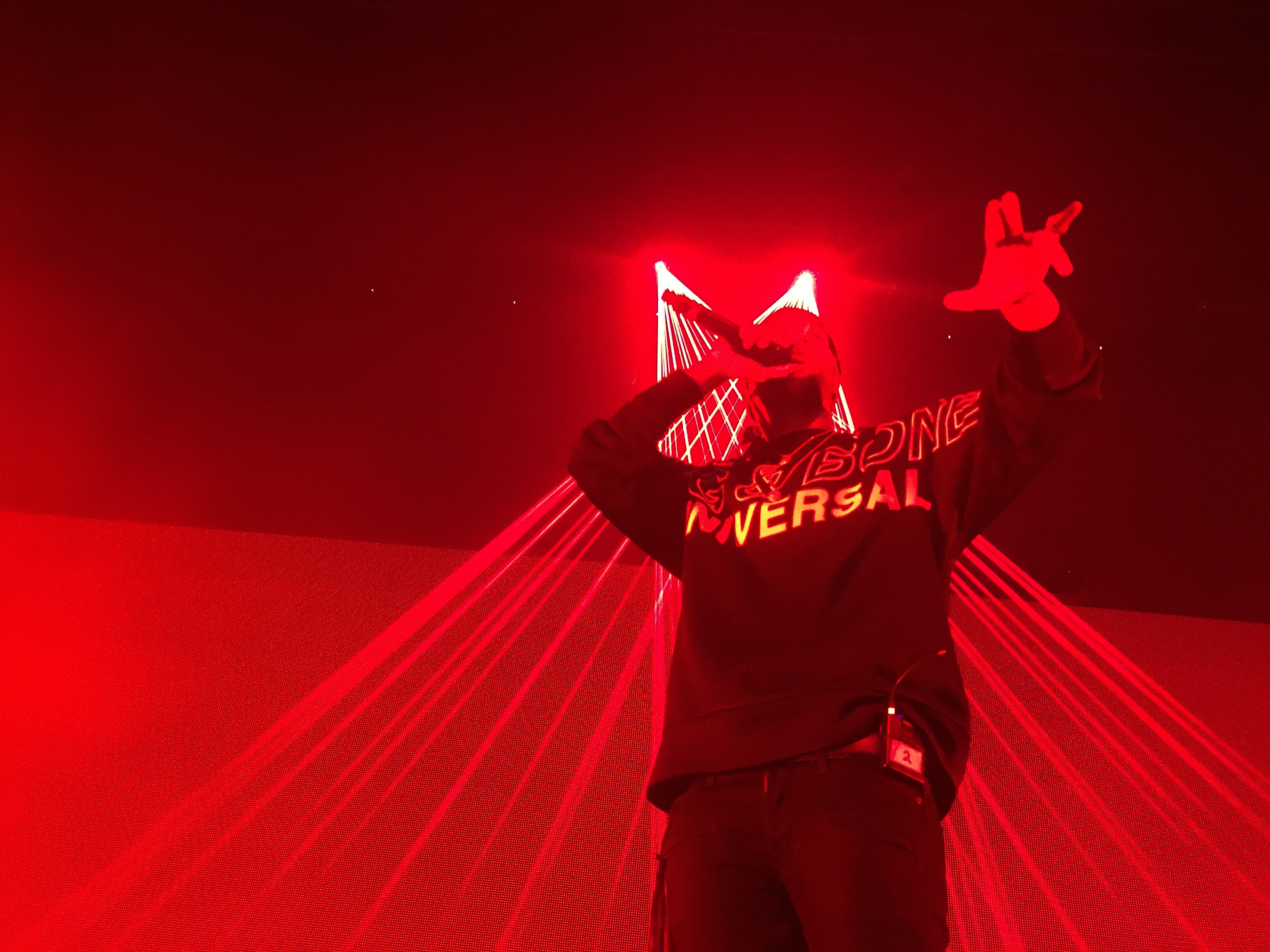 As I waited in line at the Fillmore Silver Spring Wednesday night to see PartyNextDoor and Jeremih perform, I lacked the excitement surrounding me as attendees, decked out in fan merchandise, played beloved songs on their iPhones. I was to see two of my favorite artists in a few short hours, yet it didn’t set in.

“Are you ready to get lit?” asked a man standing in front of me. I nodded, but inside I was tired, anxious and worried about the homework I was avoiding.

Local singer-songwriter Ari Lennox opened the night. Her singing felt emotional, raw and fully displayed the sensuality of the 25-year-old D.C. native. However, it didn’t do much to excite the crowd, who remained mellow as she performed her set.

While I stood in the photo pit waiting for Jeremih to take the stage, my pulse seemed to mirror the rhythmic thumping of the bass. I stopped thinking with my brain and instead with my heart, which was suddenly pounding. And when he stepped on stage to the cheers of his exhilarated audience, I snapped out of my nervous state and into “holy shit, it’s really him” mode.

I was ready to get lit.

Between songs, a curvaceous dancer took the stage to tease the crowd, putting on a great performance in her own right. Jeremih performed several of his hits, such as “Down On Me” and “Birthday Sex,” but his set culminated with the song of “Oui.” It would have been hard to find someone in the crowd who wasn’t singing along to that song, as his fans’ beautiful (sometimes off-key) voices almost overpowered the expensive speakers that projected Jeremih’s own tender sound.

As we waited for PartyNextDoor to come onstage, I watched the concertgoers around me, perhaps acting on liquid courage, make friends with one another. The conviviality of the night was set. We were all there to see two great performers, but more importantly, we were all there to get lit.

The singer, casually dressed in a black crew neck and sporting a black bandana, was surrounded by red stage lights and laser beams. The lighting display of the concert was so impressive, it could have been its own show. At one point, the lights created what looked like jail bars, framing the singer in a stunning way.

As PartyNextDoor sang “Temptations,” perhaps the most emotional song of the night, the iPhone came out to record the performance. It looked as though the audience was holding lighters in the air — adding to the pleasant atmosphere of the show. Both “Sex On The Beach” and “Break From Toronto” emerged as crowd favorites, the latter eliciting elation from the show’s attendees. Even in the seated VIP section above, you could see concertgoers getting into his performance.

PartyNextDoor performed the last song of the night, “Come And See Me,” in front of a backdrop that displayed rain pouring, matching the distraught feelings of the lover he sang about. As fans walked out of the venue, it was clear that many were intensely moved by the set. And I, returning back to my dorm to finish a paper, felt incredibly excited to see what both artists do next.