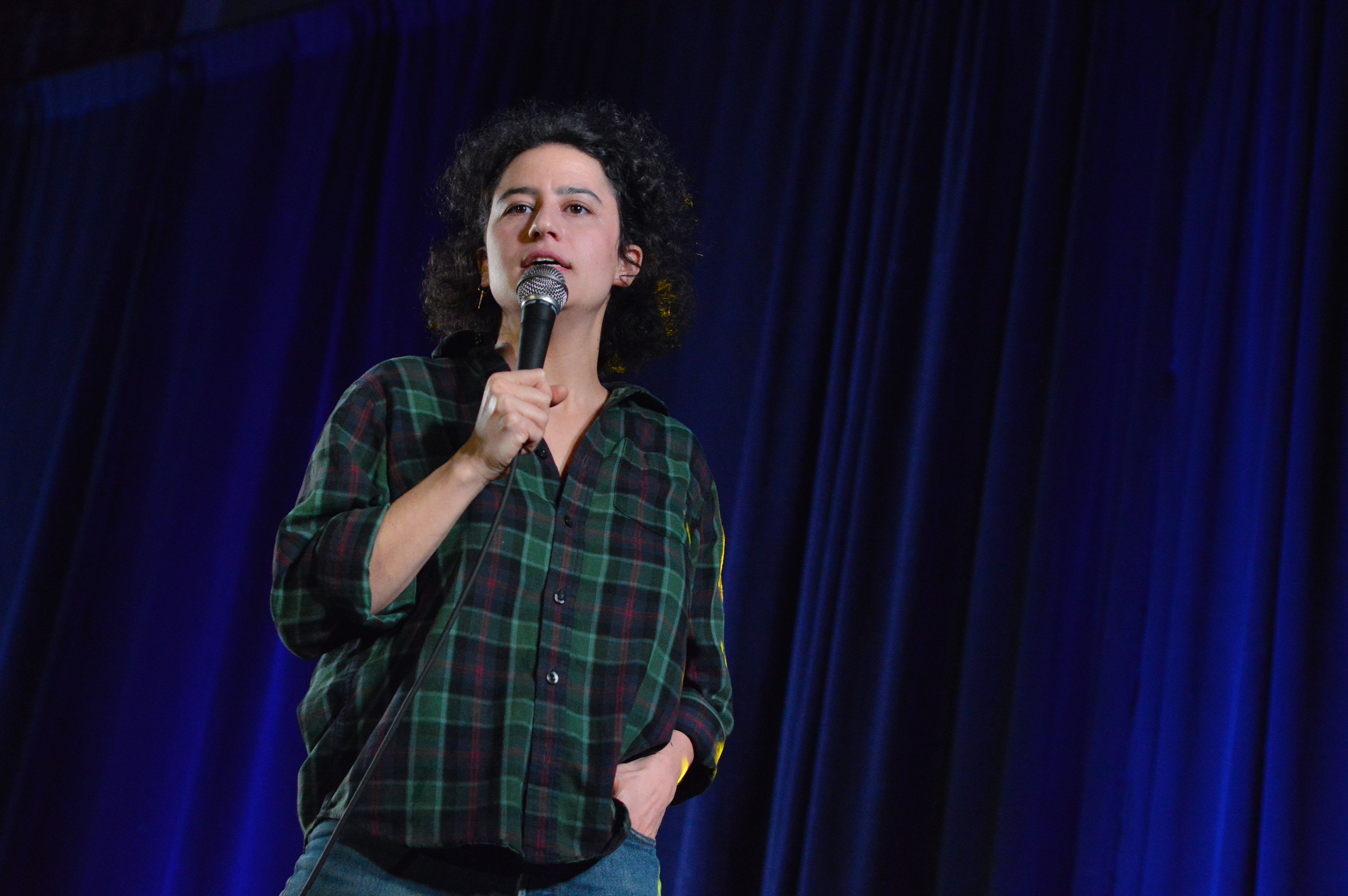 When Broad City first appeared on my entertainment radar in high school, I avoided watching it because it looked like another “white feminist” comedy, a la Lena Dunham’s Girls. I was tempted by countless GIFs floating around on woke teen Tumblr of Ilana Glazer and Abbi Jacobson portraying their hilariously awkward characters, but I stayed strong in my belief — despite the fact that I never watched it — that the duo’s comedy ignored issues that mattered to me.

My best friend, who I now refer to as the Abbi to my Ilana, finally convinced me to check out the series during the summer of 2018, and my life forever changed. Broad City became a model for what I wanted my life to be like, despite the anxiety-inducing struggles shown in each episode.

The show is, for lack of a better term, super woke. The women confront their privileges and explore controversial topics through hilarious, honest means, in between episodes about sex and drug-induced misadventures.

On Tuesday night, watching her perform at Student Entertainment Events’ Spring Comedy Show in Stamp Student Union’s Grand Ballroom, I learned that Ilana Glazer, the comedian, is overwhelmingly similar to Ilana Wexler, the character, in the best ways possible.

Everything from the inflections in her voice to the excitement she experiences when talking about her loved ones is a dead-ringer for her TV persona. Stand-up Ilana even discussed the kinds of things I imagine TV Ilana rambles on about while stoned off her signature weed vaporizer.

Much like the content of Broad City, this stand-up set centered on womanhood, relationships and sexuality with a sprinkle of political commentary. She opened with a message of disdain toward President Trump, comparing him to a stubborn cystic pimple on your back that takes ages to pop.

The fluidity of gender was a major point in Ilana’s set. She expressed pride in young people’s willingness to identify as gender-nonconforming and discussed how that sort of thing never felt like an option for her growing up.

“I feel like my gender is the Planter’s Peanuts character,” she quipped before imitating a tap dance in the midst of a clever rant.

In her hour-ish on stage, Ilana lauded women in politics and leadership, while also admitting her patches of ignorance about political systems. Her contributions to political advocacy are large and admirable — such as the Hillary Clinton episode of Broad City and her organization The Generator Collective — but her push toward gender equality in comedy is more subtle and poignant.

Tuesday’s comedy show opened with student Grace Chubb performing a brief set about her experiences in an all-girls Catholic school and stand-up comedian Shalewa Sharpe discussing snacks, “soft pants” and the limited shopping options that come with being an average-sized woman in the United States.

Ilana served as her own MC, introducing and hyping up both of the opening acts. Before beginning her own comedy set, she took ample time to compliment them and celebrate how amazing women are. She was humble and uplifting, willing to share the stage with and amplify other women in her particularly exclusive field of entertainment.

After countless jokes about periods and married life, Ilana concluded her time at Stamp by telling the tale of how Broad City went from an unpopular web series to one of Comedy Central’s biggest hits and taking questions from people in the audience.

I left this show feeling like I just accomplished my months-long dream of hanging out and bantering with the kween of NYC, Ilana Wexler. In reality, I just listened to Ilana Glazer ramble on about periods and penises for less than an hour, and that was more than enough.