A UMD team made an app highlighting D.C. areas inaccessible to people with disabilities 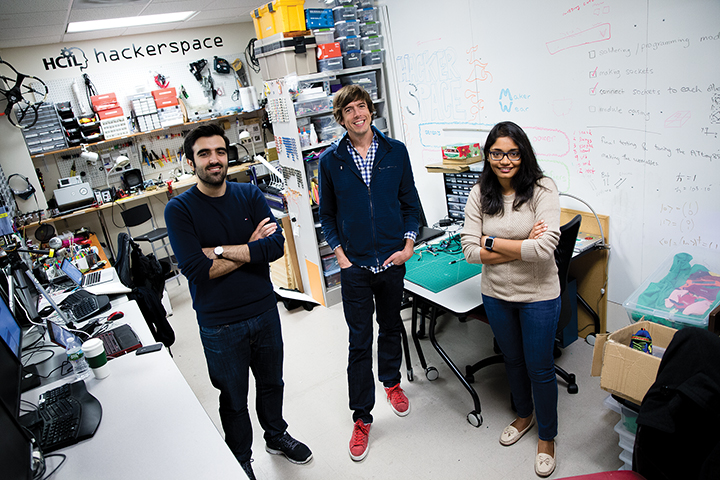 Despite the Americans with Disabilities Act, which requires accessible streets and sidewalks in all cities, missing curb ramps, narrow or blocked sidewalks and broken pavement still plague many cities, making it difficult for people with mobility impairments to easily get around.

Many cities, such as Washington, conduct street audits to look for these problems, but walking through the city street by street can be a slow process, depending on the part of the city being audited.

That’s why a University of Maryland professor and a team of graduate students have developed a web app called Project Sidewalk, which remotely maps the accessibility of cities for people with mobility impairments. Computer science professor Jon Froehlich said he began the project in 2012 after he realized Google Street View provided a massive, underused data set that could be used to “map the accessibility of the world.”

The web app allows volunteers to remotely go through the city and mark factors that could limit accessibility for someone with a mobility impairment, such as an absence of curb ramps, narrow or blocked pathways and cracks in sidewalks and roads. When volunteers go onto the site, they are given a brief tutorial that shows them how to look for such factors. Volunteers drag the appropriate label onto the Google Street View, write a short description and rank how severe the problem is from 1-5. Anyone can volunteer by going to the site, and 100 percent of their mapping has come from volunteer labor, Froehlich said.

While some volunteers spend only a few minutes on the website, others visit it more often, said team member Soheil Behnezhad, a computer science doctoral student. They’ve helped the site accumulate about 60,000 labels, Froehlich said.

Since Project Sidewalk’s launch on Aug. 30, about 200 volunteers have mapped more than one-third of the city.

Froehlich chose to focus on Washington because the city prides itself on being accessible and because his team could easily travel and conduct physical audits to check if the virtual data was correct. Their goal is to expand to 10 more cities within the next few years, Froehlich said.

The team is building two tools around the data, including AccessScore, which rates Washington’s accessibility based on the labels volunteers have placed there. The graduate students are working on this feature, which is incomplete because the volunteers haven’t finished mapping Washington. People with mobility impairments can use these scores to find an ideal place to live or stay while traveling, said team member Manaswi Saha, a computer science doctoral student.

This feature can also be used to point out “hot spots” of inaccessibility, allowing cities to prioritize where they allocate their resources on improving infrastructure. The District Department of Transportation, which is working on similar projects, has shown an interest in Project Sidewalk’s work.

The department collects more specific data, such as the height of sidewalks, by performing on-site audits. The two may partner in the future and combine their data to improve the accessibility of the city, Saha said.

“We’re not completely relying on automation and the smarts of the computer, we’re actually allowing users to have a voice too,” Froehlich added.

Although it’s still early, the team hopes to expand to other platforms such as mobile phones, Saha said.

However, both of these tools need large amounts of accessibility data, so the team is experimenting with using computer vision. The vision improves as more volunteers label accessibility problems, so it’s crucial that they enlist more participants to finish mapping Washington and move onto cities all over the world, Froehlich said.

“Accessibility affects everybody,” Froehlich said. “This is really targeted at helping people with impairments, but through that, by contributing your time and helping us audit you’re really helping make D.C. a better place for everybody.”