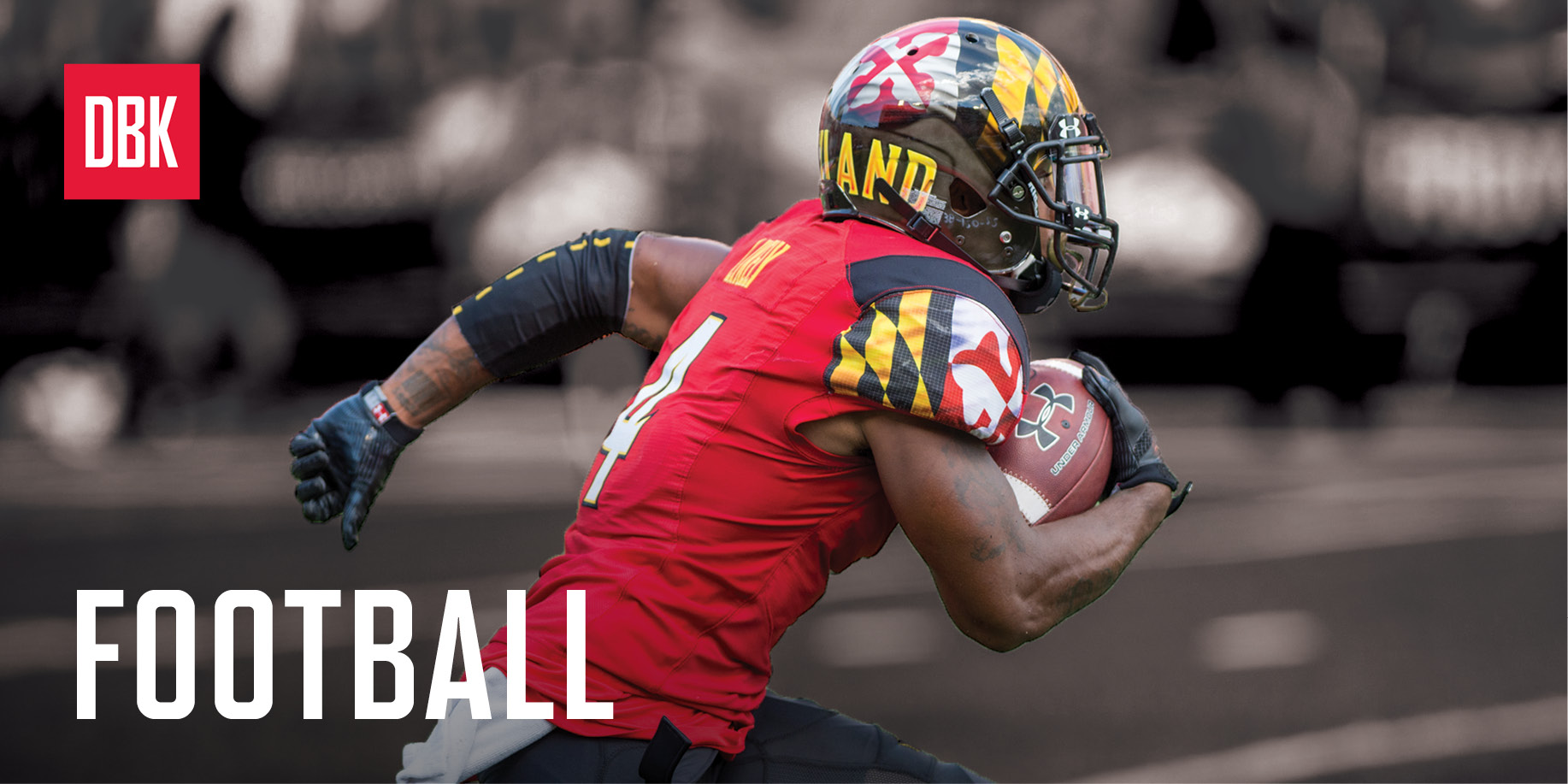 Jaelyn Duncan was built to bulldoze other football players.

At 6 feet 6 inches and 300 pounds, the four-star Class of 2018 Maryland football offensive tackle’s handshake swallows palms. His size forces people to tilt their heads back at an uncomfortable angle in order to make eye contact.

But Duncan’s thoughtful nature reveals a different person, and his on-field intelligence could make him an asset for the Terps in the future.

Duncan is the No. 169 overall recruit and the No. 12 offensive tackle in the state of Maryland, according to 247Sports. He’s a member of the Terps’ 2018 recruiting class featuring four-star defensive tackle Austin Fontaine and four-star offensive guard Evan Gregory.

Duncan is excited by that group, who he’s met at Maryland camps.

“I feel like when all three of us get there, we are going to be dominant,” Duncan said. “No one is going to be able to touch us.”

“I told him to come up there [to Maryland] and play with his brothers,” Duncan said. “Play with everyone he knows and everyone he loves.”

Duncan attended Northern High School in Calvert County before arriving at St. Frances as a senior. Already, the faculty at St. Frances has taken notice of his abilities, as he’s established a reputation for being a hard worker.

Academic support advisor Anne Russell called Duncan “the big friendly giant” and lauded his integrity and attention to detail. Those are qualities that make him a good fit for Maryland’s recruiting strategy.

Coach DJ Durkin has emphasized the need to add imposing linemen to compete with the size of the Big Ten’s top programs, such as Ohio State and Wisconsin. The Buckeyes and Badgers beat Maryland by a combined 73 points this year, and both teams racked up more than 200 rushing yards.

However, with Duncan leading a strong incoming class of offensive linemen, the Terps hope to close the gap between their conference rivals.

“I think you can see on tape what [Duncan] brings from an athleticism perspective,” Payne said. “On the field, he’s what you want in a left tackle. He’s a prototype.”