REVIEW: Father’s ‘I’m a Piece of Shit’ is an aptly named, difficult experiment 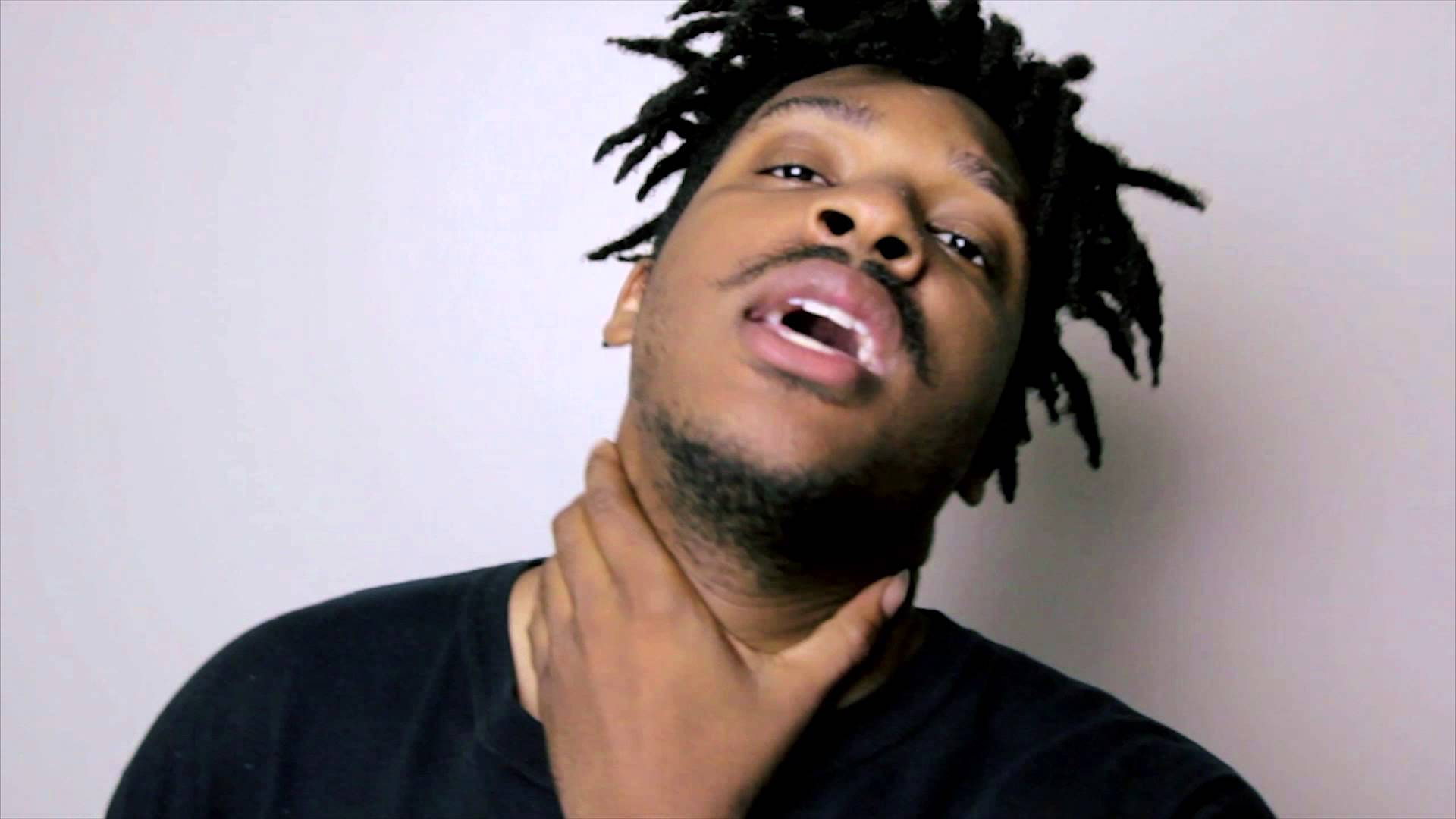 I’m a Piece of Shit isn’t just the name of Atlanta rapper Father’s latest album — it’s a sort of mission statement. How much sex, drugs and, uh, more sex can one rap about while still maintaining a lopsided mischievous smirk? 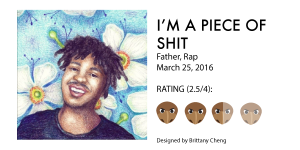 Of course, Father, the head of Atlanta-based rap madhouse Awful Records, is no stranger to lyrical content that turns heads (and the volume down when parents are in the room). His last album, released in 2015, was titled Who’s Gonna Get Fucked First? and offered raunchy raps like “Read Her Lips” (“First I go on tour; then I fuck my bitch”) and hilariously positive sex anthems like “BET Uncut” (“Started off PG but now it’s BET Uncut/ Started you and me but now it’s you and me and her”).

But while I’m a Piece of Shit has the same sexual content as those songs — and not much else — it trades the dark humor of Father’s earlier work for consistently dark, notably less tongue-in-cheek songs about his two favorite topics: fucking and getting fucked up.

While on other albums, Father laughed his way through tales of drugs and sex like conversations with friends (an idea bolstered by guest appearances from his Awful Records cohorts), the 12 songs on I’m a Piece of Shit recount rap tropes like war stories.

“Watchu doin’ bitch, slide through/ Maserati papi, she like, ‘Let me ride you,'” he raps on “Slide Thru.” Give that line to almost any other Atlanta rapper, and it’s a pretty boring flex. But when Father dryly deadpans the line, it becomes more about his apathy than a brag about his life.

Apathy is Father’s modus operandi on this album, delivering lines in a whispered, lazy flow that makes you wonder if all the references to Xanax are more fact than fiction. Instead of standing out, his voice often blends into the instrumentals, which also reflect Father’s blatant nonchalance. Mellow synths, rumbling basslines and bleep-y one-hand keyboard lines provide the backing for Father and friends’ off-key explorations of excess. When drums do show up (like on “Big Emblem Benz” and “Fuck Up The Sheraton”), they’re incredibly simple, bare-bones versions of the trap drums on pretty much every major 2015-16 rap release.

Unfortunately, the minimal production doesn’t really help the album’s longevity, which already suffers from Father’s muted delivery of one-note sexual lyrics. Awful Records’ rise to prominence was littered with Odd Future comparisons, which frequently cast Father in a Tyler, the Creator-esque role, but I’m a Piece of Shit is more similar to Earl Sweatshirt’s I Don’t Like Shit, I Don’t Go Outside than anything else. But while the dark tone and themes of debauchery are there, Father, unlike Sweatshirt, can’t rely on his talent as a writer to captivate for an entire album. And while Father’s biggest strength as a rapper has always been his subtle sense of humor, with the exception of some witty lines, that gift is missing on this record.

I’m a Piece of Shit is a step sideways for a rapper who’s already impossible to plot on the modern rap landscape. He’s not a phenomenal rapper, writer or producer, and now, on his latest album, he’s added a few unlistenable tracks to his discography. But at the very least, I’m a Piece of Shit reaffirms Father’s commitment to experimenting with the very expectations of modern rap music — and being a total piece of shit in the process.