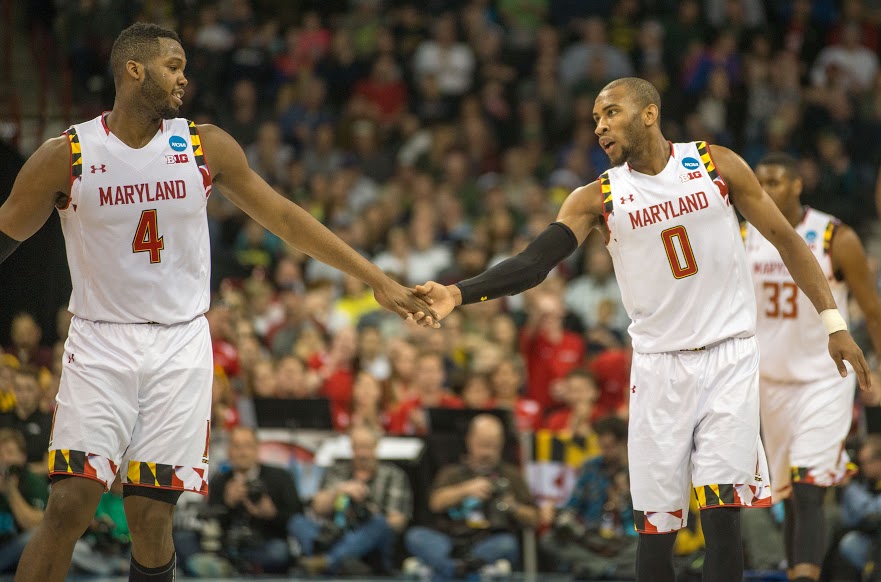 Six former Maryland basketball players got a chance to put their skills on display for coaches and scouts at the NBA Summer League alongside other rookies and players trying to make an NBA roster. Here’s a look at how the Terps did.

Layman was the only player the Trail Blazers took in the 2016 NBA Draft, and his performances in the Summer League made it seem like the Blazers made a good decision. Layman started all five games for Portland, averaging eight points to go along with four rebounds per game. Layman also had his fair share of highlight plays. He viciously posterized the Phoenix Suns’ lottery pick, Marquese Chriss:

And he also delivered this block:

Stone’s five games with the Clippers proved why he has so much potential and also why he is still just a rookie who is raw around the edges. Stone started all five games for Los Angeles and had games where he scored 15 and 20 points. Stone made over 50 percent of his field goals and grabbed over five rebounds per game.

On the other hand, he also had a game where he fouled out. Fouling out in the Summer League is particularly alarming, given you need to rack up ten fouls, not the usual six. Stone should definitely make the Clippers’ roster, but he has a long way to go before challenging DeAndre Jordan for the starting job.

Rather than be a late second round pick in the NBA Draft, Carter reportedly opted to be an undrafted free agent with the ability to choose the team he wanted to play for. Carter chose the Warriors, who are the clear favorites to win the NBA Finals next season and are coming off a 73-win season.

Carter did not receive as much playing time as Layman and Stone, starting zero games for Golden State. He had two games where he reached double digits in scoring, but he also had two games where his only points came on free throws. Carter made barely over 20 percent of his field goals and went 0-11 on threes. If Carter can make his way onto the Warriors’ roster, he has a fantastic chance at getting a ring as a rookie. However, his summer league performance did nothing but hurt his chances of doing that.

Sulaimon won the Las Vegas Summer League with the Bulls, but he was not a major contributor to their success. He never scored more than seven points in a game, twice failed to score and did not start any of the seven games for Chicago. While the Bulls desperately need three-point shooting at this point, it does not look likely that Sulaimon will make an impression on Fred Hoiberg and the Bulls.

Sulaimon was joined by another former Terp on the Bulls, Dez Wells. Wells is now in his second pro year after spending last season with the Thunder’s D-League affiliate, the Oklahoma City Blue. The Bulls started Wells for all seven of their games, and he averaged four points and two rebounds. Wells’ stats do not exactly jump off the paper, and he will need a strong preseason to avoid starting another season in the D-League.

Evan Smotrycz spent last season playing in Cyprus, so his inclusion on the Raptors’ summer league came as a surprise. Smotrycz only played in two games and scored four total points for Drake’s favorite team. Barring some extraordinary circumstances, Smotrycz will go back to playing overseas and enjoying the Mediterranean weather.