The problem with #NotMyPresident 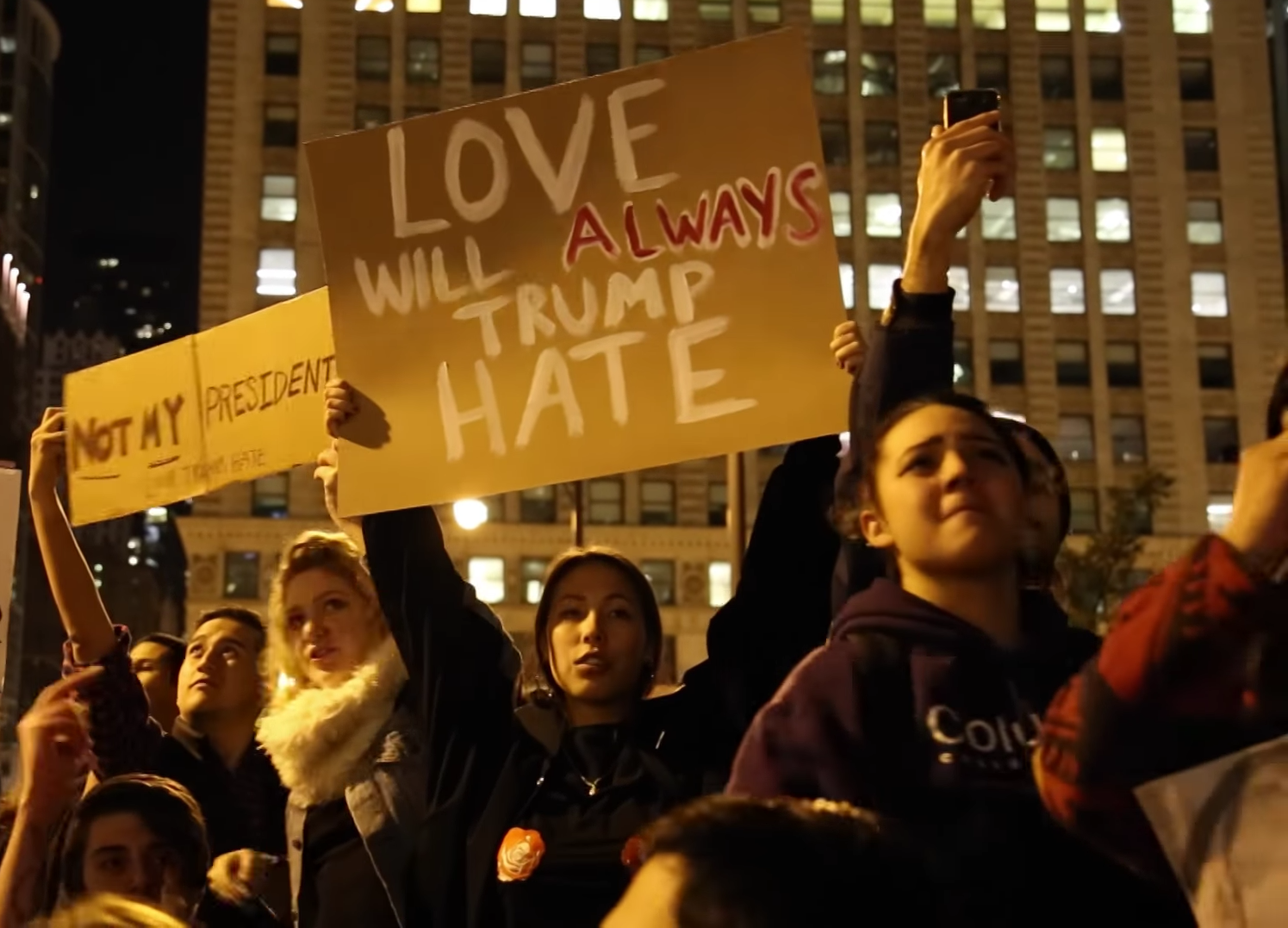 Nope, you haven’t been dreaming. It’s been a week, and Donald Trump is still our great nation’s president-elect, despite mass demonstrations and a Twitter hashtag that state otherwise.

In the aftermath of a divisive election, those upset with Tuesday night’s result have voiced their opposition on Twitter and Facebook, using these platforms to their advantage in organizing of peaceful protests. We see more and more people exercising their constitutional rights as they stand behind #NotMyPresident as some sort of rallying cry, but these cries are being made in the same echo chamber that led to Trump’s success.

Our founding fathers wrote the Constitution to ensure protesters their right to peaceful assembly, but they also wrote a Constitution that created the electoral college that gave Trump his win. This is the reality of our American democracy, and it probably isn’t going to change soon.

In other words: You can’t have your cake and eat it, too.

Trump ran against not only Hillary Clinton, but the vast majority of the media, including popular news outlets and celebrities, and he won in an astonishing fashion. Whether you support him or not, his destruction of our modern political machine is evidence that people have a voice, and the scary, conveniently ambiguous “political establishment” isn’t as powerful as we like to think.

Trump’s win isn’t proof that our nation succumbed to its history of racism, xenophobia and sexism. As Vermont Sen. Bernie Sanders urged the public to remember on The Late Show on Monday, all the people who voted for Trump probably do not agree with inflammatory remarks about women or immigrants, but voted for him because of other reasons.

And he’s right. Despite what seems like a grim reality, our country has and still is moving forward. Just 15 years ago, more than half our country opposed same-sex marriage. Now, according to Gallup, support for gay marriage is at an all time high this year, with 61 percent of Americans in support. While xenophobia was rampant throughout Trump’s campaign, the majority of our nation still believes the efforts of immigrants strengthen our country.

The GOP today is not the same as it was before, and likely never will be. Last week, medical marijuana became legal in most U.S. states — four of those states won by Trump. And there is bipartisan agreement that there should be criminal background checks on all sales of firearms. The political landscape is changing, in many ways for the better, and Trump’s victory is not going to change that.

Trump tapped into the feelings of the white-working class, the Rust Belt voters, the coal miners and those worried about substance abuse, to ensure his path to victory. These people felt ignored, and for the most part, they were.

Trade deals do affect American families just as much as landmark Supreme Court rulings, such as Obergefell v. Hodges that helped legalize same-sex marriage nationwide. The anxieties of Trump’s voters are real. And along the same lines, the anxieties from our country’s people of color and LGBTQ population are real, as they now face the potentially catastrophic repercussions of a man known to utter unprecedented offensive remarks.

The emergence of such anti-establishment candidates in this election was indicative of such a polarized country. But we cannot continue to rely on bombastic candidates to change our country. The only way to achieve progress is by engaging those we disagree with — and staying involved in the political process means continuing the dialogue about our country’s issues with the other side, even if we find it difficult to do so.