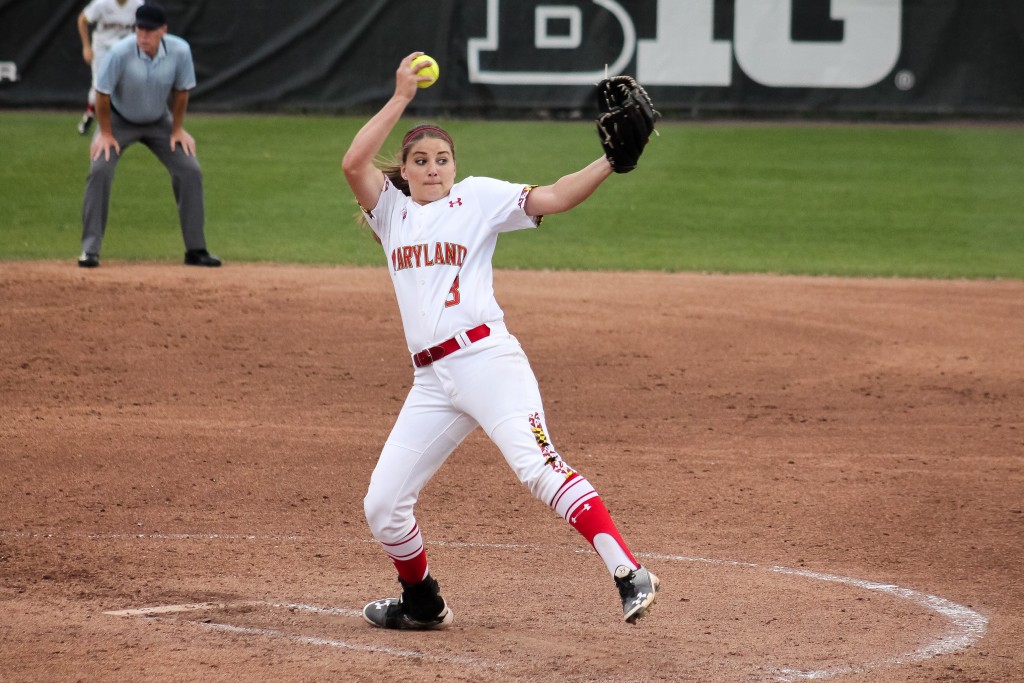 The Maryland softball team relied on first-inning power from infielder Skylynne Ellazar and a one-hit shutout from pitcher Madison Martin in its 3-0 win over St. John’s on Monday afternoon.

Ellazar’s triple was her 10th hit in her past five games, the first seven of which were singles before she doubled in Maryland’s 8-0 loss to No. 12 James Madison on Sunday. But coach Julie Wright said after Ellazar hit a double against the Dukes that she’s a “feel hitter,” and that “if she can start feeling that power, I think that’s going to help her gain a little more confidence and handle the barrel a little bit better.”

The two-out power from Ellazar propelled the Terps ahead, and pitcher Madison Martin threw a complete-game shutout to earn Maryland’s seventh win of the season.

Outfielder Lauren Zick doubled to lead off the fourth inning, which was the only hit for the Red Storm (12-10) against Martin, but catcher Kristina Dillard ended up throwing her to end the inning. Martin worked efficiently, giving up one walk in her fifth win this year.

Maryland had chances to extend its lead, but it stranded five runners between the fourth, fifth and sixth innings.

In the fourth, outfielders Destiney Henderson and Sarah Calta both reached on infield singles before a double steal put them at second and third. But then Strange and outfielder Amanda Brashear struck out to end the threat.

And while Dewey stole second in the fifth, Maryland’s fourth steal of the day, to put runners on second and third, a groundout from infielder Brigette Nordberg capped the frame.

With Calta and Henderson again of second and third in the sixth inning, the Terps couldn’t drive them home. Brashear missed attempting a squeeze bunt, which resulted in a St. John’s playing tagging Calta out before she could reach second safely. Then, Brashear struck out for the second time.

But with Martin limiting the opposing offense, the three-run lead was all Maryland needed in the victory.