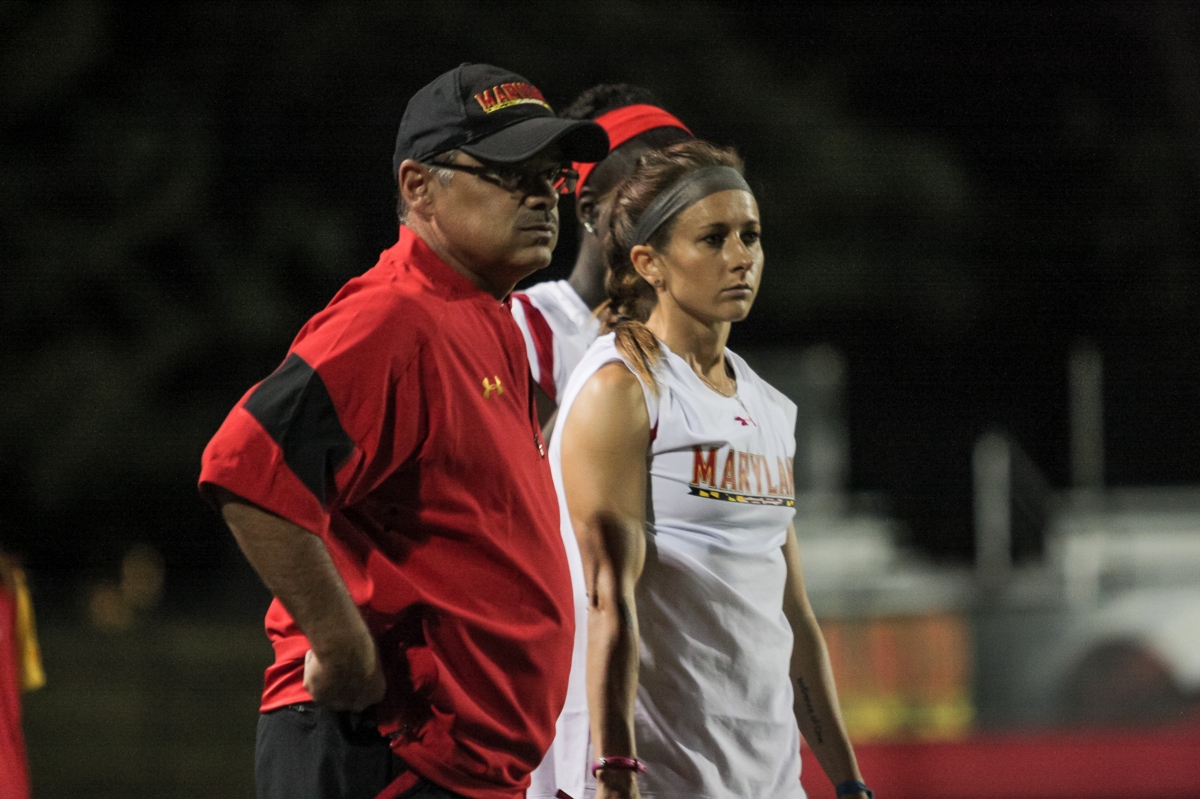 In its 3-1 win over Illinois on Sept. 22, the Maryland women’s soccer team put on display everything first-year coach Ray Leone challenged it to do in weeks prior.

Leone wanted to see consistent offensive production, and the Terps scored twice in the game’s first five minutes. He wanted to see his defense overcome adversity, and it did by not allowing the Fighting Illini to score again after they got on the board in the ninth minute.

He wanted to make sure the Terps had the right mentality as early in their Big Ten schedule.

Despite early leads against conference foes and several opportunities, the Terps couldn’t replicate the success they had against the Fighting Illini. They dropped each of their subsequent contests to end Leone’s first season with the program on a nine-game losing skid.

“It showed that we are capable of attacking and defending together and that we have something special,” forward Jarena Harmon said. “We need to mentally get stronger. We have a strong team already. The only thing holding us back is ourselves at this point.”

The defense, without midfielder Natasha Ntone-Kouo, who Leone announced had suffered a season-ending knee injury four games in, struggled to keep teams out of the box. The difference in a pair of one-goal games toward the end of the season was a Maryland defender not marking an opposing player.

The offense, with Harmon and forward Chelsea Jackson’s lead, had similar difficulty, ending the season without scoring for 551 consecutive minutes and six consecutive shutouts.

Maryland’s attack never scored after its loss to Michigan on Oct. 2, when Leone felt the Terps’ struggles began.

“We got a bit demoralized in Michigan,” Leone said. “With that Michigan State game being in our hands and then some things went the wrong way and that really turned the season in the wrong direction. This year we struggled. We’re going to learn to win and get better.”

After falling to the Spartans in the second extra time and ending that weekend’s trip with a loss to Michigan, the Terps turned to their leaders to end the slide. However, that was a struggle for a team with only six seniors.

As the Terps enter the offseason after winning three games, their fewest since 1989, the dynamic will be different. Leone now has a full roster to work with as Maryland prepares for a four-or five-game spring schedule. Last year, he had nine players.

“Learning from each other and how each other plays is important moving forward,” midfielder Hope Gouterman said. “We’re going to get more new people, but I think it’s important to appreciate what we have and go from there.”

That, too, is Leone’s message. The Terps now have the opportunity to play against each other in practice and work through issues during film sessions, rather than identifying the problems while studying opponents during the season.

A complete roster with a season of experience and additional depth, Leone said, should help the Terps perform on a regular basis with the cohesion they showed against Illinois.

“They really want to be good,” Leone said. “There were so many things going against them, it was a struggle for them to be in a consistent frame of mind. It will take some serious willpower because we have to start it right away.”