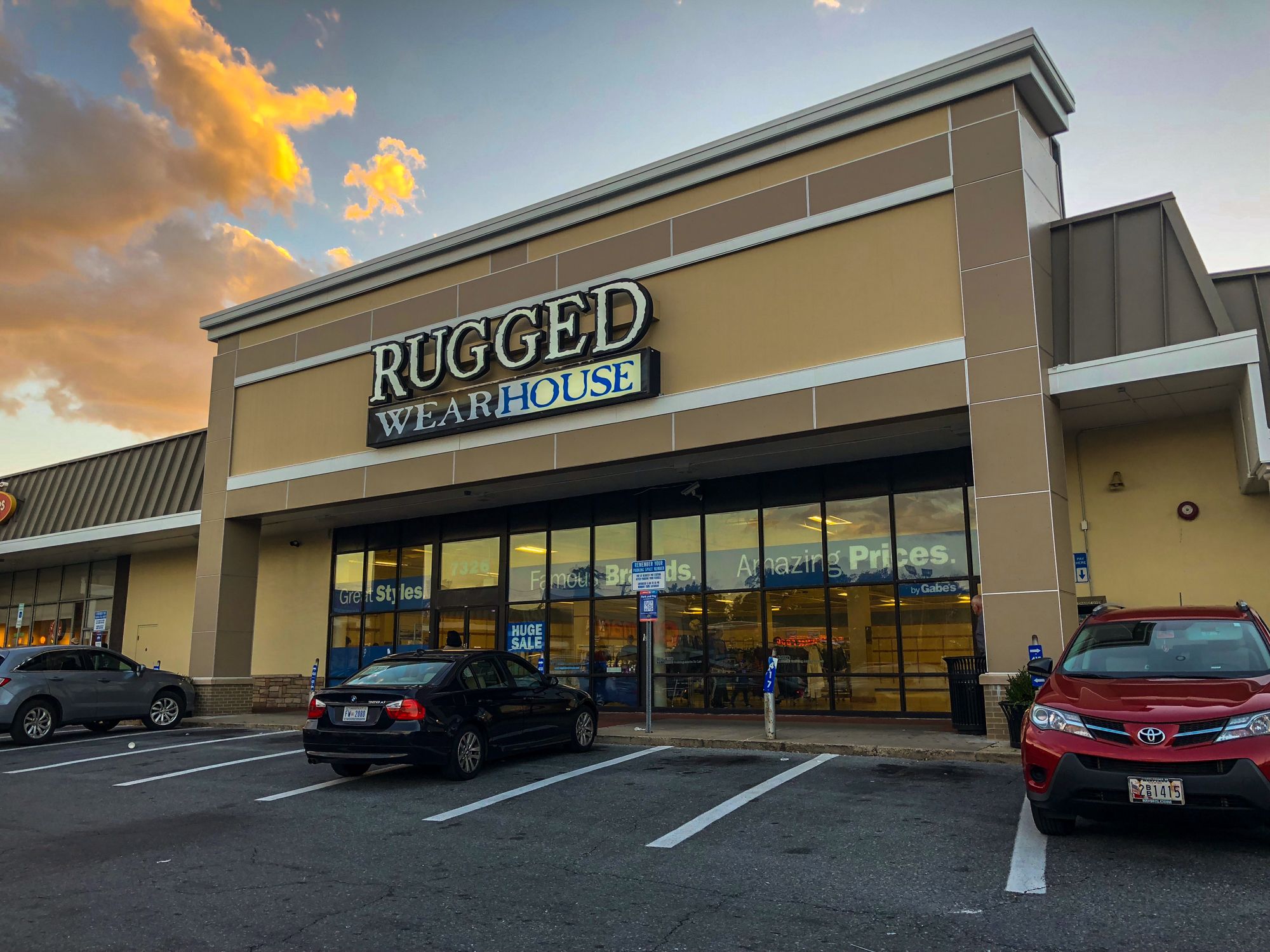 The Rugged Wearhouse in College Park is closing this week. (Elliot Scarangello/The Diamondback)

College Park residents looking to buy low-priced clothing will have one fewer option when Rugged Wearhouse on Route 1 closes Saturday.

Jamal Smith, a department manager at Rugged, said there are many reasons the store is closing, including increased rent prices and parking fees, as well as a desire for the store’s parent company — Gabe’s — to focus on its Laurel location.

JBG Smith, the real estate firm that manages the property, did not respond to multiple requests for comment about the rent prices.

The store, which opened in the College Park Shopping Center in October 1998, is a longtime favorite of University of Maryland students because of its low prices and eclectic clothing offerings.

[Read more: Cava is set to open on Route 1 in November]

Junior communication major Jillian Tuman said one of the things she’ll miss the most about Rugged Wearhouse is its variety of options. Tuman said she went there often to get clothes for themed parties; her favorite purchase was a pair of leopard-print pants.

“It worked perfectly for my Jersey Shore outfit,” Tuman said. “Every time I went there, they had something I needed for each themed event.”

City officials have not yet announced a replacement for the clothing store. Ryan Chelton, the city’s economic development coordinator, said the majority of residents he talked to would like to see another apparel store take its place.

Rugged Wearhouse is the latest in a series of Route 1 establishments to shut its doors. This past summer, restaurants Pizza Mart, Slices and The Stuffed Turtle announced they’d be closing their College Park locations. Another retailer, The University Shop, also closed earlier this year, and city officials have yet to announce its replacement.

[Read more: College Park is getting a “99% authentic” Mexican restaurant this fall]

Recently, landlords have increased lease prices as they expire, pricing some tenants out of the city, Chelton said.

Saree Mansbach, a junior communication major, said she’s a regular at Rugged Wearhouse, and stops by multiple times a week. She first went during her freshman year and instantly became hooked. When her family would visit from out of state, Mansbach said, they would make sure to go together.

“I’m probably just gonna miss the variety and how cheap it is,” Mansbach said.

Ilana Margulis, a junior communication major, said her favorite purchase from the store was a silver pair of sparkly shorts — which she wore to a party themed around Rugged Wearhouse clothing.

“I’m gonna miss having a store right close to campus for students to get clothes for parties and stuff,” she said.