The Jonas Brothers are reunited and it feels so good 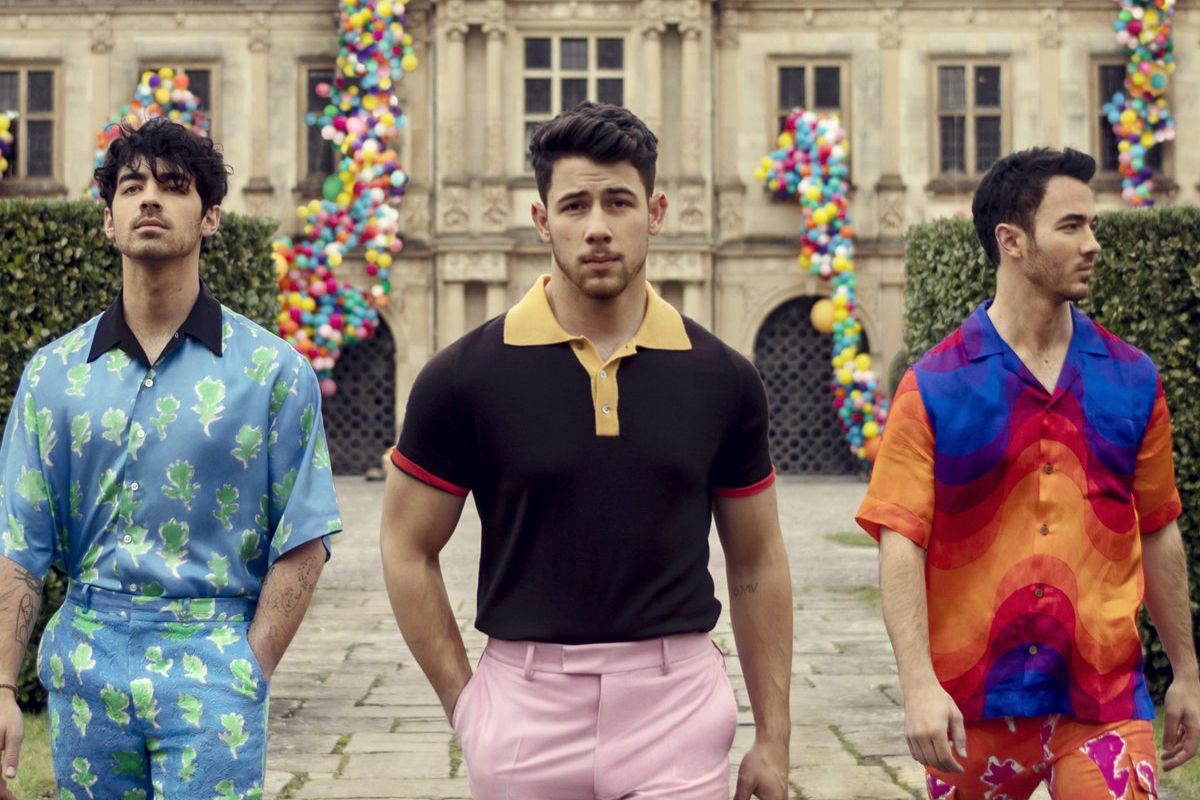 The Jonas Brothers are back together (again) and making music, only this time they’re (almost) all married! Friday at midnight, the JoBros dropped their newest single, “Sucker,” and while the song doesn’t sound too much like their old stuff, it doesn’t sound entirely surprising either.

The reunion and new song were teased in a trailer for James Corden’s “Carpool Karaoke,” where Nick reveals that they’ve been planning on getting back together for seven to eight months. According to E! Online, Joe says they have 30 to 40 songs already recorded and that he can’t wait to release them.

The brothers have had a tumultuous history making music together from their inception in 2005 to their split in 2013. Speculation as to why they broke up revolved around Nick and Joe fighting for the spotlight, and even Joe’s rumored stint in rehab. It seems for now they have decided to give it another try. This time, Nick appears to be the lead singer, Joe backs him up and Kevin isn’t doing much at all — at least in the music video.

The JoBros have subscribed to a solidly pop-rock vibe in their music since the beginning of their careers. “Sucker” is largely the same in that aspect — it’s definitely a clean pop song. What does separate it from the Jonas Brothers’ musical past is its maturity. The song’s production sounds grown up, like a combination of Nick and Joe’s music from their solo careers.

[Read more: ‘Space Jam 2’ is happening, but will it be worth the wait?]

The song was produced by Frank Dukes and Louis Bell and co-written with Ryan Tedder, lead singer of band OneRepublic, which is clear from the usage of high vocals and minimal but rich instrumentals. Tedder’s sound is complementary to Joe and Nick’s, and I’m glad that they worked with someone who could marry the distinctive sounds of the “Jealous” and “Cake By the Ocean” singers.

The music video for “Sucker” could be best described as the Jonas Brothers and their significant others hanging out and being rich. They’re all at some mansion that looks like it popped out of The Favourite, wearing ridiculous but expensive looking clothes, horsing around and eating.

In a dark room inside the mansion, Nick and Joe croon into their mics over a grooving beat, reminding me of Pharrell Williams’ “Happy.”

The song is about their infatuation with someone — Nick’s wife Priyanka Chopra, Joe’s fiancée Sophie Turner, and Kevin’s wife Danielle Jonas — since they are all featured in the video.

The video itself is average as far as music videos go. It’s produced well, looks expensive and nothing of substance really happens in it. It gives fans a chance to be excited about the brothers being back and to swoon over how cute they are with their respective significant others. But when I take a deeper look into the themes of this song and video I can’t help but notice how it’s all about people coming together.

The lyrics of the song say, “I am a sucker for all the subliminal things/ No one knows about you.” This can be taken in a romantic way, since all of the brothers are now coupled up, implying that they love everything about their partners. But in the context of their long-awaited reunion, these lyrics can be interpreted as describing their inability to stay away from their career as a trio. The brothers love each other and music, so it was only a matter of time before they reunited to make some more.

Was “Sucker” completely new and something I’ve never heard before? No. But is it still good? Yes. Like most people, I think I’m just glad that the band is back together so I can relive my childhood nostalgia with some old and new bops.