Maryland has some of the US’ strictest gun laws. Some leaders say it’s still not enough. 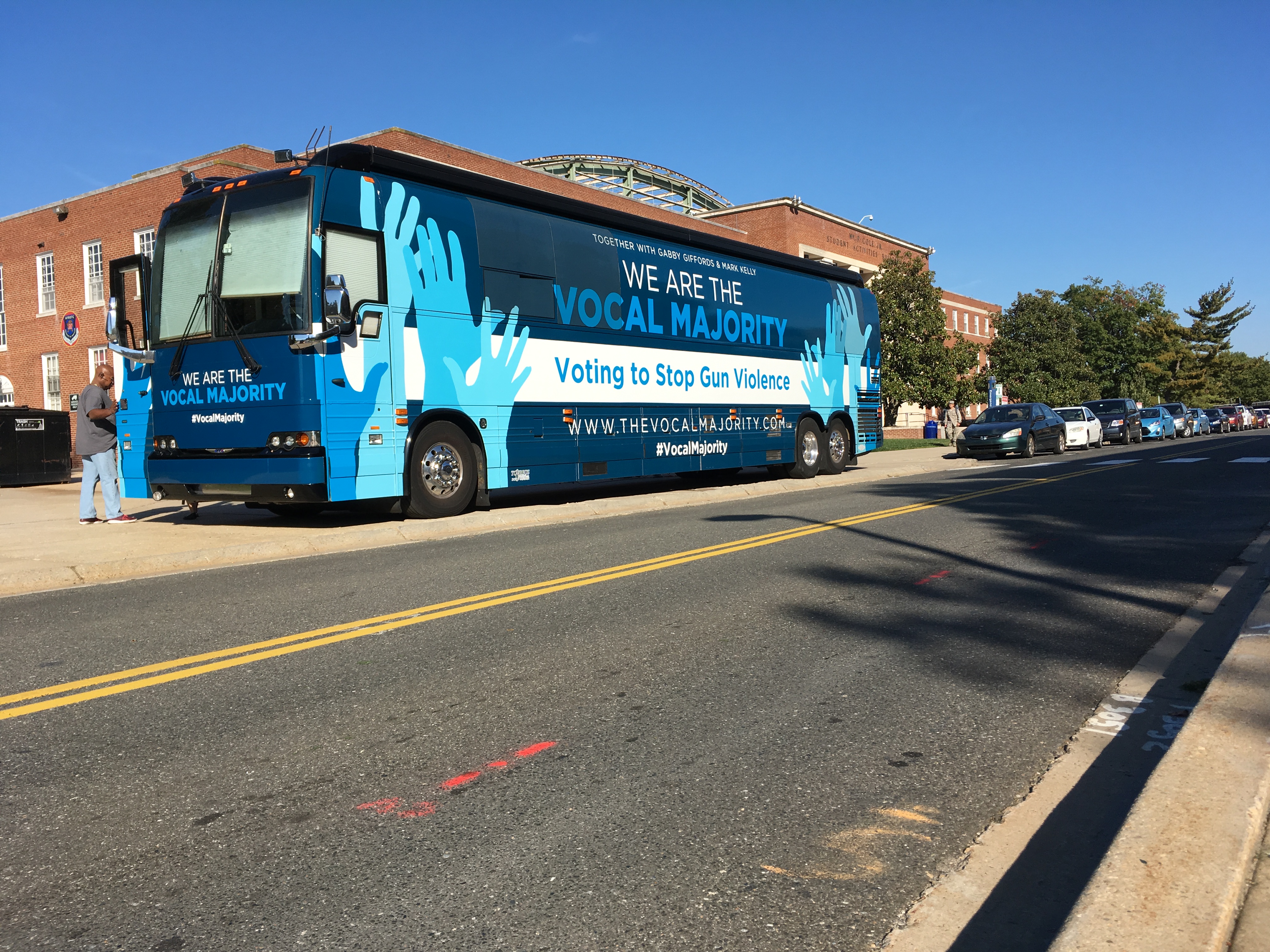 Rep. Donna Edwards wants voters to wake up the day after the election without regrets — especially when it comes to speaking out against gun violence.

“I’m about no regrets. No regrets on Nov. 9,” she said, standing before a group of about 15 University of Maryland students in front of Cole Field House on Tuesday afternoon.

With the Nov. 8 election now three weeks away, Edwards, who was speaking during a stop on the Vocal Majority Tour along with state Sen. Jim Rosapepe, talked about the importance of students registering to vote, as well as the issues related to gun violence, such as requiring background checks and barring those convicted of domestic violence from being able to purchase guns. The tour is an effort by the Americans For Responsible Solutions — a nonprofit founded by former Congresswoman Gabrielle Giffords, who was shot during a public event in Tuscon, Arizona, in 2011 — and aims to “mobilize millions of Americans to make the 2016 election a referendum on gun violence prevention and to support leaders … who are committed to taking responsible steps that reduce gun violence,” according to a Sept. 27 news release. “We actually can do something about this,” Edwards said. “If we wake up on Nov. 9 and each of us is not registered to vote and [not] exercising our right to vote, and say[ing] that we are voting because we are part of the vocal majority that wants sensible gun legislation, then we’ll regret that.”

Edwards expressed the hurdles she has faced in Congress trying to pass what she calls “sensible gun legislation,” including an attempt to get the Centers for Disease Control and Prevention to conduct research on gun violence, an effort that was ultimately rejected in June 2015.

“Too many members of Congress are captured by the National Rifle Association — we have to put an end to their influence,” Edwards said. “The overwhelming majority of American people think that we should have 100 percent background checks. The overwhelming majority believe that if you are on the terrorist watch list you shouldn’t be able to gun buy a gun, and these things really make sense.” A CNN/ORC International poll released June 20 found that 85 percent of Americans favor a proposal banning those listed on the terrorist watch list or no-fly list from owning guns. The same poll also found that 92 percent of Americans favor a proposal requiring “a background check on anyone attempting to purchase a gun in order to determine whether the prospective buyer has been convicted of a felony.”

More than 130,000 people are shot in the U.S. each year, according to research conducted by the Americans for Responsible Solutions. The National Center for Health Statistics reported in 2014 that 33,736 people died that year from firearms.

“This is not about Second Amendment freedoms,” Edwards said. “It’s about sensible legislation to keep our communities safe.”

Rosapepe said that while this state has some of the strictest gun laws in the country — this state was ranked as the seventh-strictest on guns by the Brady Campaign to Prevent Gun Violence in 2015 — they are still not enough.

Rosapepe sponsored a “no fly, no buy” bill, which proposed that any person restricted from flying in an airplane could not purchase a gun, in the Maryland Senate this past legislative session. While it did not become law, Rosapepe said he’s confident in it passing next year.

“We’ve made a lot of progress in Maryland, but we still have things to do,” he said.

The efforts of college students are vital in the national conversation about gun violence legislation, Edwards said.

“College students have so much power in this debate. Your voices on social media, your voices in communities, your voices by exercising your right to vote on Nov. 8,” she said.