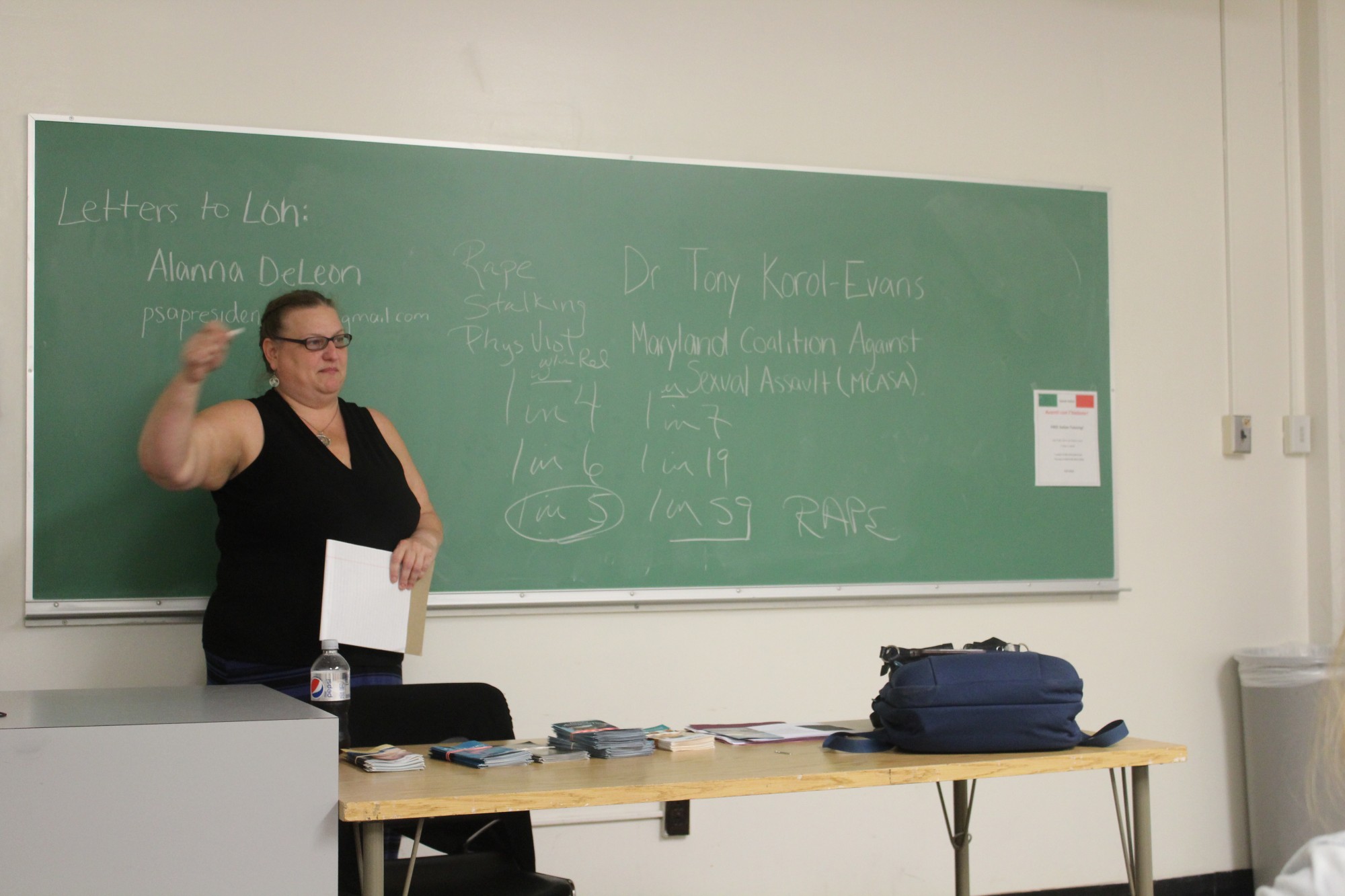 A University of Maryland student group campaigning for sexual assault victim advocacy has expressed concern that the university administration is not taking its outreach efforts seriously.

Preventing Sexual Assault launched its Letters to Loh campaign in October, allowing sexual assault survivors and other students passionate about the issue to tell their stories or ask for changes to university sexual misconduct policy. Alanna DeLeon, the organization’s president and a senior community health major, then hand delivers the letters, both typed and handwritten, to university President Wallace Loh’s office.

“Letter writing is a silent act of protest, and in such an intimate issue, it’s so important to have that confidentiality,” PSA Secretary Jillian McGrath said. While Letters to Loh did not receive many submissions in its beginning weeks, DeLeon said it saw an increase in volume once the group offered an anonymous Google form.

There have been about 30 letters sent so far, she said.

Despite the group’s efforts, DeLeon said Loh has not yet reached out to PSA regarding the letters. University spokeswoman Crystal Brown noted in a written statement that Loh “in the process of reviewing and responding to the letters he has received from students.”

DeLeon said she will keep Letters to Loh running in the meantime, as it “gives students a chance to raise their voice, give their opinion and show that they actually care about” sexual violence.

In the wake of PSA’s outreach to the administration, DeLeon also expressed concern that PSA, which was founded last year to foster conversation about sexual violence and to support victims, was not given a seat on this university’s recently created Joint President/Senate Sexual Assault Prevention Task Force. Loh announced the 16-member task force in a Nov. 8 email. It includes five students — four undergraduate students and one graduate student, including Taylor Aguiar, the SGA director of sexual misconduct prevention, and Yvette Mann, a resident assistant.

“I am angry that there is not a PSA representative on this task force,” DeLeon said. “We dedicate our time … to make sure we educate ourselves as much as possible so we can be the most comprehensive and educated [sexual assault] resource for students on this campus.”

At the task force’s open forum Thursday, which gave sexual assault victims a platform to voice their ideas for changes to this university’s sexual misconduct policies, Joint Task Force Chair Steve Petkas said the administration had faced “a dilemma in terms of picking and choosing.”

“To have this task force be truly representative in the eyes of every stakeholder on the campus, we probably would’ve had to have 30 to 50 members,” said Petkas, who is also the Resident Life associate director.

Brown noted in her statement that, “As with any task force, there was a great amount of diligence and consideration taken in determining the committee members.”

DeLeon and McGrath said they believe a PSA representative would have helped contribute victims’ points of view to the task force. McGrath, a senior economics and government and politics major, noted that while there’s been “a lot of promotion [of the issue of sexual violence] … I definitely think there’s a dimension to the conversation that’s missing, which is the voice of the survivor and people who have used the Title IX office and know what it’s like.”

As president this year, DeLeon said she wanted Loh to publicly address sexual violence on the campus. Loh did so in the Nov. 8 email announcing the task force, and in October the university also announced it would create and fund four new positions in the Office of Civil Rights and Sexual Misconduct and two in the CARE to Stop Violence Office.

“We as an institution are absolutely committed to responding to sexual misconduct, sexual assault — to preventing them, to providing training and counseling — and we have made available the resources that are needed,” Loh told the Diamondback in October.

The Google form for Letters to Loh is at ter.ps/letterstoloh. Students also can email a letter to DeLeon at psapresidentumd@gmail.com or handwrite one at PSA’s weekly meetings, which are Tuesdays at 6:30 p.m. in Jimenez 3120.