A UMD student group is donating 300 books to a D.C. juvenile detention center 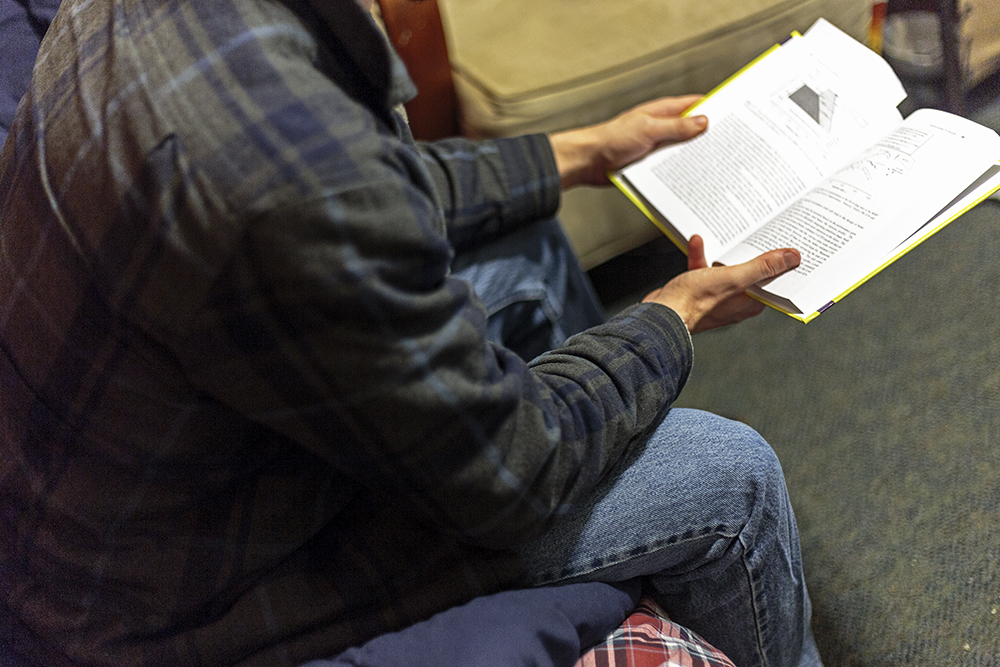 A University of Maryland student group is donating about 300 books to the a juvenile detention center in Washington called the Youth Services Center as part of the effort to address the Black History Month theme “The Crisis in Black Education.”

The group, Justice for Juniors, held a book drive from Jan. 30 to Feb. 10., and encouraged donations of books by black authors as well as those that discuss cultural issues, said Yanet Amanuel, a member of the program.

“The theme for Black History Month this year is ‘The Education Crisis,’ and [the drive] fits perfectly into the theme because part of what’s lacking — especially in these detention centers — is education,” said Amanuel, a senior sociology major.

According to a criminal justice report by the Center on Juvenile and Criminal Justice, African-Americans represent 26 percent of juvenile arrests, 44 percent of detained youth and 58 percent of youth admitted to state prisons. A January 2014 study by the Crime & Delinquency journal showed that by age 23 almost half of all black men in the U.S. will have been arrested at least once — though only 13 percent of the population is black — compared to 38 percent of white men.

Justice for Juniors travels to the detention center each week, serving as mentors by working with the teenagers through group and individualized lesson plans, said Claudia Winder, co-president of Justice for Juniors.

“The whole purpose of our program is to mentor and stop the recidivism rate, so [the book drive] is part of the process,” Winder said.

The senior family science major said that although she and another student hold the main leadership positions, Amanuel is the one who thought of the idea for the book drive and organized it. Amanuel said she got the idea for this book drive after helping organize a book drive for elementary schoolers last semester, which received more than 600 book donations.

Books are beneficial for the development of the children in the center because Justice for Juniors only tutors once or twice a week, she said. Literature, especially literature by black authors, should help stimulate their minds and keep them engaged on non-tutoring days, while also offering a scholarly perspective on the world, she added.

“‘The New Jim Crow’ or Toni Morrison books or any kind of African-American literature that discusses the black struggle, it kind of helps them make more sense about what’s going on [around them],” Amanuel said.

Winder saw the books as a way for the teens to improve their lives through education.

“Hopefully a lot of [the books] are motivational or just things that they’ll need to know throughout life,” she said. “So that’s the whole purpose, just to make sure they don’t come back [to the detention center].”

Jerry Semper, a professor of African-American studies at this university, agreed with Winder about the books’ potential. Regardless of the topic that the books promote, reading them regularly is most important, he said.

“Books and book drives are the best possible thing you could do. Through books we can release a whole other world,” Semper said. “It is not as much about what they read as much as it is getting them to like reading. Once you develop the reading habit, you then can transfer it to anything else including college reading.”

Although Justice for Juniors has mentored at the detention center for several years now, this is the first year they organized a drive like this, Amanuel said. She added that he hopes the group can organize similar drives in the future because of the difference books can make in children’s lives.

“I hope that while reading books — especially written by black authors and especially about black lives — it will let them see more than they see in their everyday lives,” she said. “And show them that there is more out there than what they have been limited to thus far.”