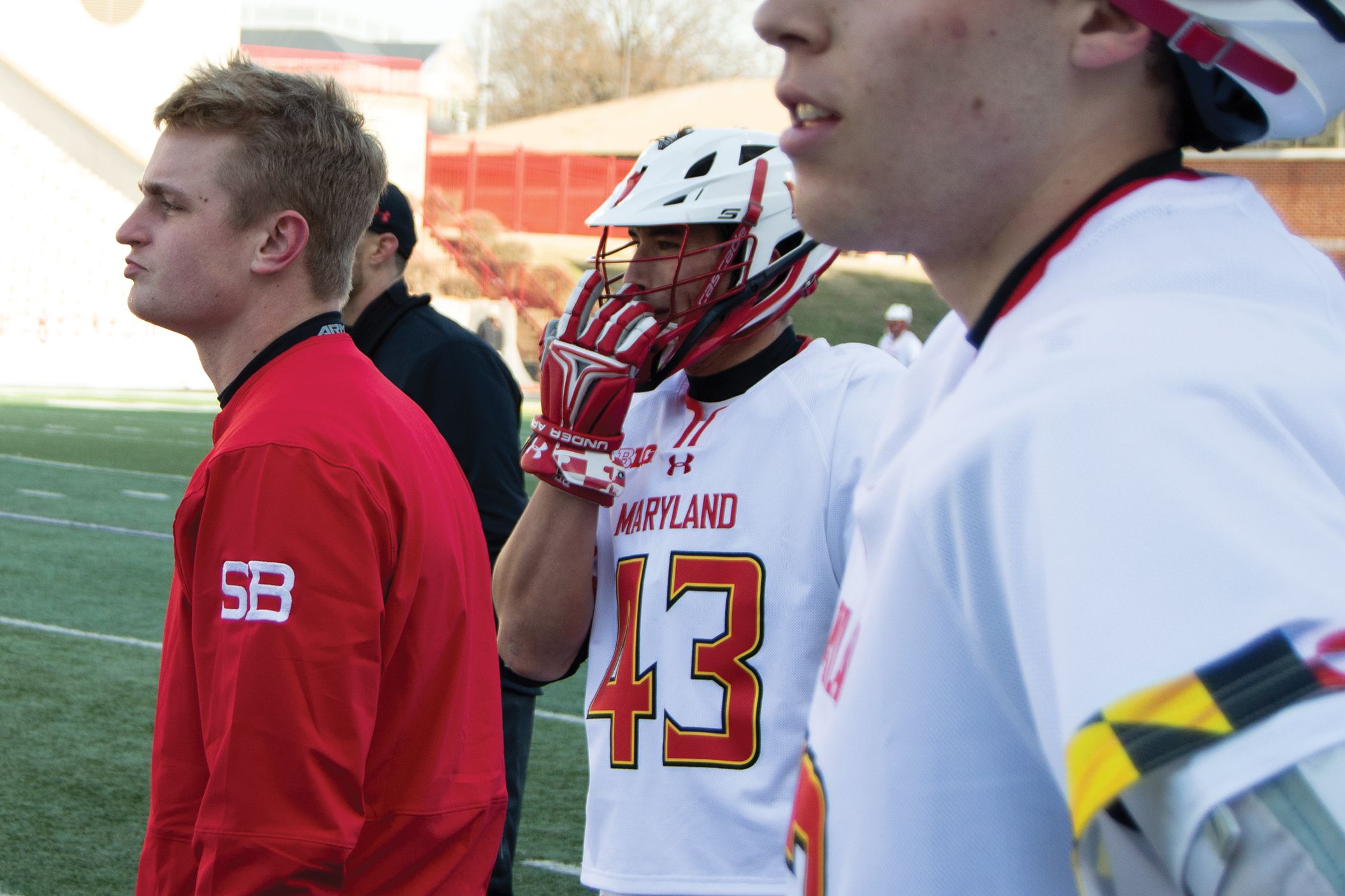 Maryland men’s lacrosse coach John Tillman got his first glimpse of defender Brett Makar when the Yorktown Heights, New York, native attended a prospect day in College Park early in his high school career. Tillman came away impressed, and Makar gave his verbal commitment soon thereafter in the summer of 2015.

Makar finally arrived to this campus last August for his first college practices. The wide-eyed freshman struggled to adjust to the size, speed and strength of the Terps’ attackmen, while also keeping his head on a swivel trying to track them on defense.

Still, Tillman saw his potential to be an immediate contributor. Shortly after those preliminary practices, Makar quickly adapted and progressed into a dependable defender. He’s started every game this season, developing into a key component of Maryland’s top-10 scoring defense.

“He’s good on the ball, he’s good off the ball, he’s an excellent communicator [and] he’s good with sliding,” coach John Tillman said. “He’s doing a lot of different things for us. … You never know when it’s going to click, but I feel like recently, things have slowed down for him.”

Makar is the lone freshman starter on the nation’s seventh-ranked scoring defensive unit, which is an otherwise experienced group from the defensive midfielders all the way to senior goalie Danny Dolan.

His near-instant adaptation to the college game caught the attention of his teammates, as well as Tillman, and legitimized his arrival as the No. 2 defender and No. 4 overall player in the 2018 recruiting class, according to Inside Lacrosse.

“As soon as he stepped on the campus,” defender Curtis Corley said, “you kind of saw this kid was a possible big-time player for us early on in his career, which he’s been.”

As a close defender, Makar is slotted alongside Corley — a senior — and junior Jack Welding. Both Corley and Welding earned playing time as freshmen before they began to accrue starts as sophomores. Makar’s situation as a freshman starter on defense is unique, so he’s turned to the upperclassmen for invaluable advice.

“They’ve really helped me a lot, carrying me along the whole way through the season,” Makar said. “Taking the time to break down the defense for me and teach me the littlest things and giving me the smallest of pointers.”

Makar earned a starting role from the first game of the season, and he’s yet to relinquish it. His cohesiveness with the other defensive stalwarts has helped the Terps hold opponents to single-digit goals in seven of their nine games.

Freshmen are rarely as involved in Tillman’s defense as Makar is. The learning curve required to play within the intricate system, in addition to learning off-ball responsibilities and adjusting to the greater athleticism of offensive players, makes for a challenging transition from the high school game.

But Makar took the uphill battle in stride, becoming the first freshman defender since 2015 to start a game for Tillman — and just the second to start multiple games for the ninth-year Maryland coach, after Goran Murray did so in 2012.

“I have to remind [the other freshman defenders] that not everybody’s like Brett. He’s kind of the anomaly,” Tillman said. “He’s been atypical. Most guys, it takes a little time to figure it out.”

Beyond the guidance of the veteran players, and the physicality Makar brings with a 6-foot-1, 205-pound frame, teammates said he’s found early success through his humility, self-motivation and ability to improve off constructive criticism.

To Makar, that’s just fitting in with the standards that were ingrained into him when he stepped onto the campus.

“Every single day, trying to have that ‘be the best’ attitude that Maryland preaches,” Makar said. “I learn something completely new everyday, so kind of just appreciating that aspect of it.”