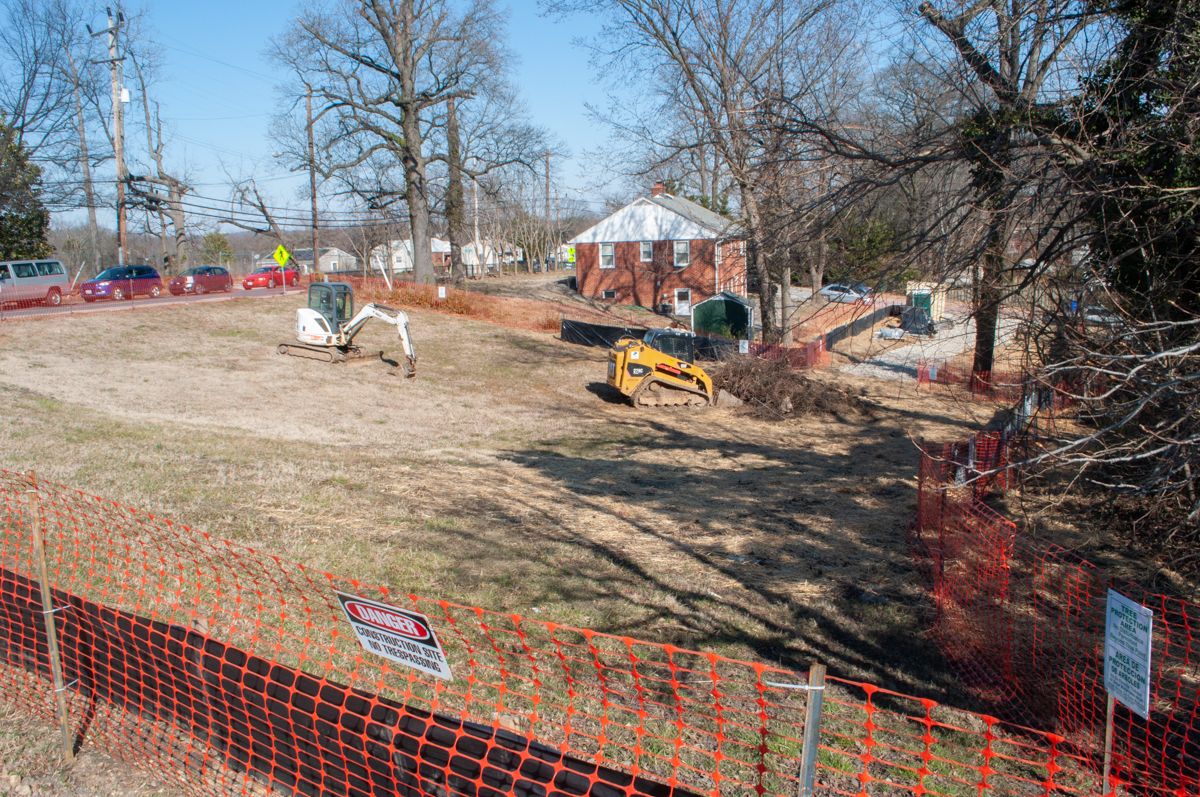 Construction on Gateway Park in North College Park is scheduled to finish by Sept. 1. (Ryan Romano/For The Diamondback)

Situated near the Capital Beltway at the corner of Route 1 and Edgewood Road, the small park will feature walking paths, a pavilion, a slide and a retaining wall separating it from the road. Construction is scheduled to be complete by Sept. 1, city planning director Terry Schum said.

“It’s meant to be a neighborhood amenity and a gateway feature into town,” she said.

The construction of a park in that area was first proposed more than a decade ago. But it faced numerous delays in negotiations to acquire property.

The city purchased a small, vacant house on Edgewood Road in 2008 and tore it down to make room for the park, Schum said. Some residents said removing that house was important to the site’s revitalization.

“That house was an incredible eyesore and not a good way to enter the neighborhood,” said Christopher Gill, a North College Park resident.

Separately, the city spent years negotiating with the owners of a house on 47th Place to purchase part of their property to make the park bigger. Though they were unwilling to sell the house, they parted with a portion of their backyard, which will be used for the park.

After that, the city struggled to find a budget for the project, but the City Council ultimately voted to proceed with construction in July 2017.

District 1 Councilman Fazlul Kabir, whose district includes the park, said the site is meant to serve as a communal meeting space for families and liven up northern College Park.

“Within 5-10 minutes walking distance, you’ll be seeing at least 200 homes, plus an apartment complex, which has dozens of families,” Kabir said. “We thought that it could be a nice, walkable pocket park — the kind of park you see in a busy city like New York.”

Contractor McDonnell Landscape Inc. was originally scheduled to start construction in November, but it was delayed due to concerns about winter weather, Schum said.

Building the park will cost $969,000, while the full project — including land acquisition and appraisal fees — will cost about $1.34 million, according to the city’s project website.

John Krouse, president of the North College Park Community Association, worked with the council to make sure the park served residents’ needs. He said residents were concerned about the project’s cost and numerous delays but are feeling more at ease now that construction has started.

“I think a lot of people were for it along the way. I think they were a little bit surprised it took as long as it did, and for a while it was getting kind of expensive,” he said. “But now there’s definitely a sense of relief.”

North College Park resident Christina Toy agreed. She supported the park from the beginning and said she is glad that construction started after a long wait.

“I think it will be a nice facelift for that part of College Park, because it’s pretty drab,” she said. “That’s the first thing you see coming off the Beltway.”

Schum agreed, adding that she’s glad the project is taking shape after its many delays.

“We’re excited to have this underway, and we hope that it looks amazing when it’s finished,” she said. 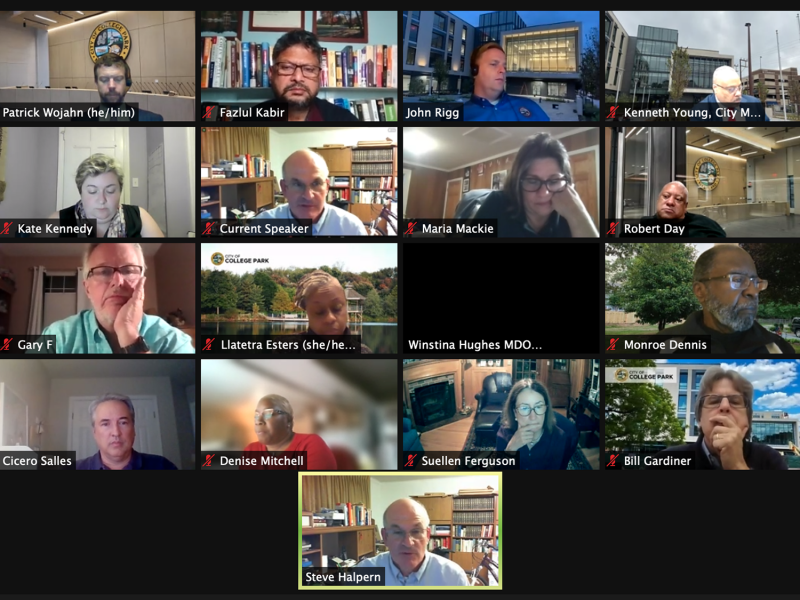