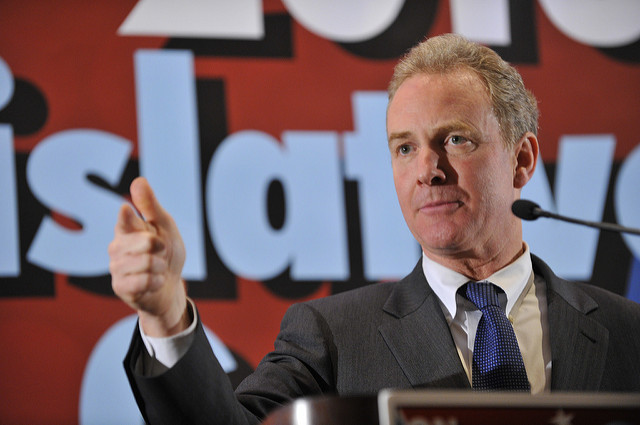 Maryland politicians have taken to social media to express their concerns and frustration over President Trump’s latest executive order on immigration.

Federal judges from New York, Massachusetts, Virginia and Washington have passed rulings in retaliation, which prohibit the government from removing refugees and others with valid visas. It is currently unclear if and how airport officials nationwide are complying with Trump’s order or the state rulings.

U.S. Sen. Chris Van Hollen (D-Md.) expressed his concern regarding Trump’s order in a series of tweets on Saturday and Sunday:

President Trump’s xenophobic executive order is an affront to our nation’s values.

It’s a sad day for our country when our Commander-in-Chief is acting more like Vladimir Putin than an American president. — Chris Van Hollen (@ChrisVanHollen) January 29, 2017

Republican leaders must speak up & defend our nation’s values. Patriotism knows no party — we all must denounce this threat to freedom.

Van Hollen was not alone in his Twitter sentiments. A slew of Maryland politicians, including Sen. Ben Cardin and Reps. Elijah Cummings, Jamie Raskin and Steny Hoyer, among others, took to Twitter over the weekend to express similar dissent to the immigration order:

America has always been at its best when we understand that diversity is our promise—not our problem. #MuslimBan

We must resist @realDonaldTrump slamming doors on refugees, innocent people, and men and women who have made sacrifices for our country. — Anthony G. Brown (@AnthonyBrownMD4) January 29, 2017

Our president has no respect for our values or the rule of law. The policies he enacted are an assault on our core principles as Americans.

I condemn the President’s executive orders and commit to use my authority to fight discrimination and hate. — Brian Frosh (@BrianFrosh) January 29, 2017

Which translates to: “Italy is anchored in its values. Open society, pluralism, no discrimination. They are the pillars of Europe”