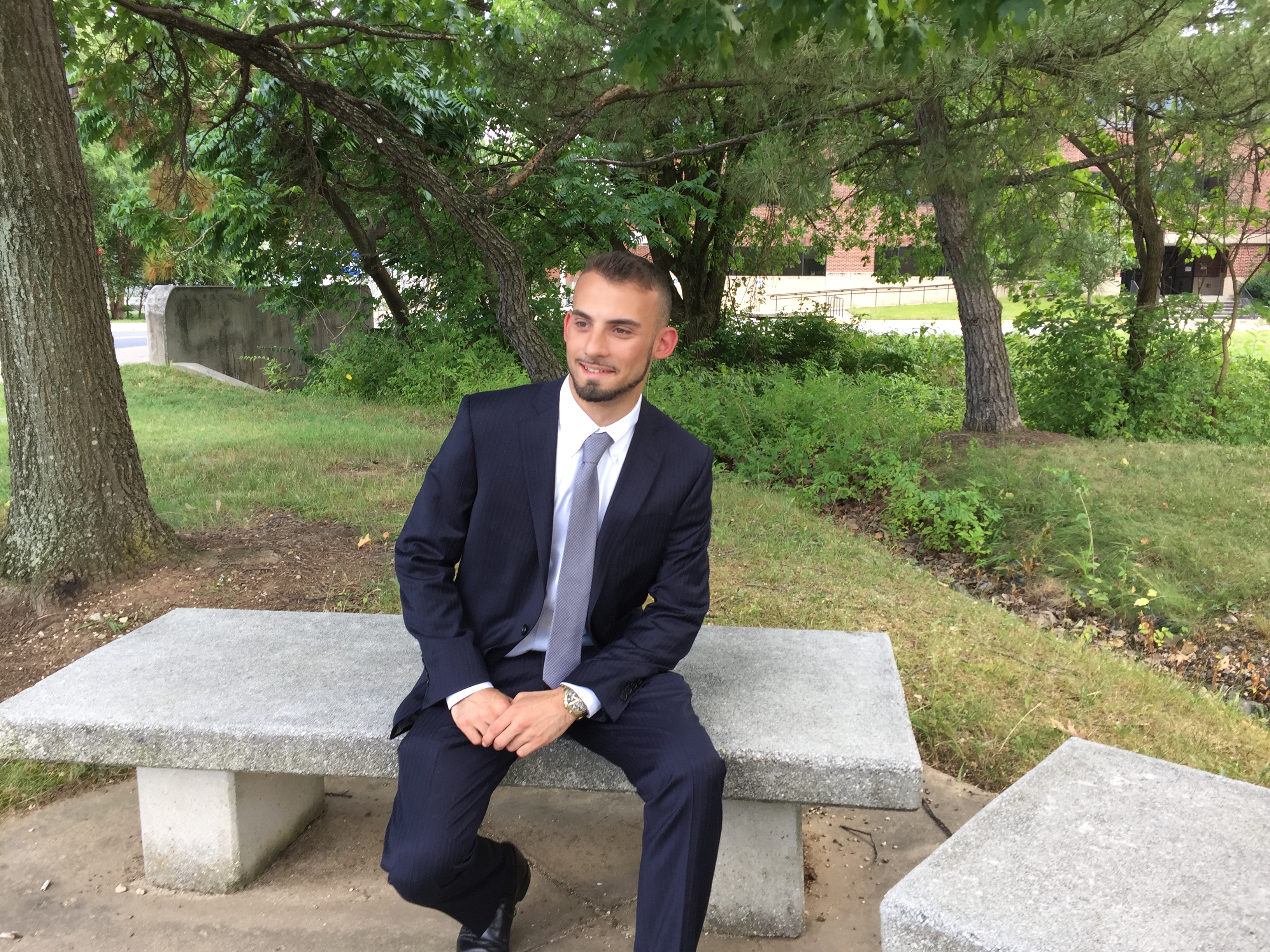 Alex Tobin, a junior government and politics major at the University of Maryland, announced Wednesday that he is running for a District 2 seat on the College Park City Council in this year’s election.

“I have always felt a strong admiration for College Park, and its many communities — both the long-term residents and students in the city — inspire me and have led me to believe College Park is a great town for all,” said Tobin, a two-year College Park resident. “I decided to run for city council to start dialogue, promote positive change and to show what we can achieve if we’re in this together.”

Tobin lived in an on-campus dorm his freshman year and at The View apartment building the following academic year. As a younger community member, he said his unique perspective on local issues has allowed him to gain leadership experience in College Park, serving on the Neighborhood Quality of Life Committee and helping the Student Government Association organize a safety walk in the city last fall.

“This means I have experience dealing with both long-term residents, city government, students and even the University of Maryland administration,” Tobin said. “I hope these relationships and my past experience will allow me to impact and create change going forward as a councilman.”

In 2015, university alumnus Ryan Belcher ran for District 3 councilman, and graduate student Matthew Popkin ran in the 2013 election. Both were not elected.

“I do believe I would like [Brennan and Dennis] to continue on council, but I also do appreciate that Alex is getting involved and running,” Wojahn said. “So, we’ll see what the voters have to say and I look forward to working with the new council whoever it may be.”

Tobin has spent about seven months working on the Neighborhood Quality of Life Committee, which is tasked with improving citizens’ lives regarding from issues such as trash collection and noise to achieve College Park’s broader vision, he said. It applauds student initiatives, including the SGA street clean-up work that began last year, he added.

Brennan, who serves as co-chair of the Neighborhood Quality of Life Committee and plans to run for a third term on council, said that he thinks Tobin is “an appropriate candidate for the position.”

“He has … demonstrated a great knowledge of our city and certainly represents the student perspective very well but also has demonstrated that he has a great level of understanding for the resident perspective, as well,” Brennan said. “Oftentimes his comments are very balanced and understanding of the conflict that arises between our different communities, but also recognizes opportunities to come together and create kind of a mind of mutual respect and mutual goals.”

Dennis, who is still deciding if he’ll run for a fourth term, welcomed Tobin’s involvement.

“I welcome anybody who is a resident of the community, the District 2 community, who feels like he has something positive to offer to being on the council.”

“Specifics that have come out of this committee are efforts to incorporate both long-term institutions and university institutions into efforts to educate students coming to campus about the community they live in,” Tobin said, noting that the committee has worked to bring more students on as members.

Tobin has been “involved in civic participation for many years,” he said, citing his experience interning for a Democratic state political party in 2014 and various political campaigns, including working for a Maryland Democratic congressional campaign. He did not specify the campaigns, because he said he doesn’t feel partisanship should play a role in a city election.

His other experience consists of serving as youth governor for the Youth Leadership Association’s Youth in Government program — which allows students from around his former home state of Ohio to run for simulated positions — a councilman for the Justice and Legal Thought College Park Scholars program and a member of the SGA student affairs committee this past academic year.

Tobin supports “smart and safe development” and election policy reform, he said. He thinks the city needs to “seriously reassess” its election policy, including the absentee ballot system, which he believes “may accidentally disenfranchise large portions of the population.”

“To receive an absentee ballot, a voter must either be absent on election day, be sick, be confined to an institution, have a death or serious illness in the family, or attend a full-time academic institution not in College Park,” he said. “This leaves out voters who are not technically leaving the city, but whose work makes it hard to get to the polls, so this affects low-income residents who cannot take a break from their jobs, [and] it also affects students that may have classes on Election Day.”

The council recently postponed a vote on a proposal that would allow non-citizens to vote in local elections. Tobin said he would not comment on the proposal because it is not finalized, but added that “this campaign applauds efforts that aim to increase local civic participation.”

Tobin said he agrees with the current council on many issues, including its environmental policies, such as the expansion of the city’s bike-share program. He hopes to continue prioritizing the community’s sustainability goals if elected, he said.

The issues the city faces fall under an overarching theme — that the city is growing, Tobin said.

“We’re being put on the map; we’re having more businesses want to come to College Park. The University of Maryland is obviously growing,” Tobin said. “And when that happens, we’re going to see transportation issues, we’re going to see developmental issues, we’re going to have to talk about affordable housing, but all of these issues are under the overarching fact that College Park is growing — and that’s a good thing. But we need to work safely and smartly [and] be smart about how we progress as we’re getting larger.”

To do this, he said city-university communication and dialogue need to improve. A recent vote on a city childcare center, a project in tandem with the university, would renovate the building, provide childcare and increase cooperation in the city and at this university, he said.

The proposal passed in a 5-4 vote, but Tobin said he wants to encourage groups to work together on similar projects so votes would pass unanimously instead of being close.

Tobin said his ability to reach the local democracy and encourage productive dialogue makes this campaign unique, and he said he is confident that if he can get his message of positivity and understanding to voters, he can win the Nov. 7 election.

“This is less of a campaign and more of a community discussion,” Tobin said. “And if we can come together with an open mind to start a dialogue with neighbors we might not have talked to before, then this campaign has won.”