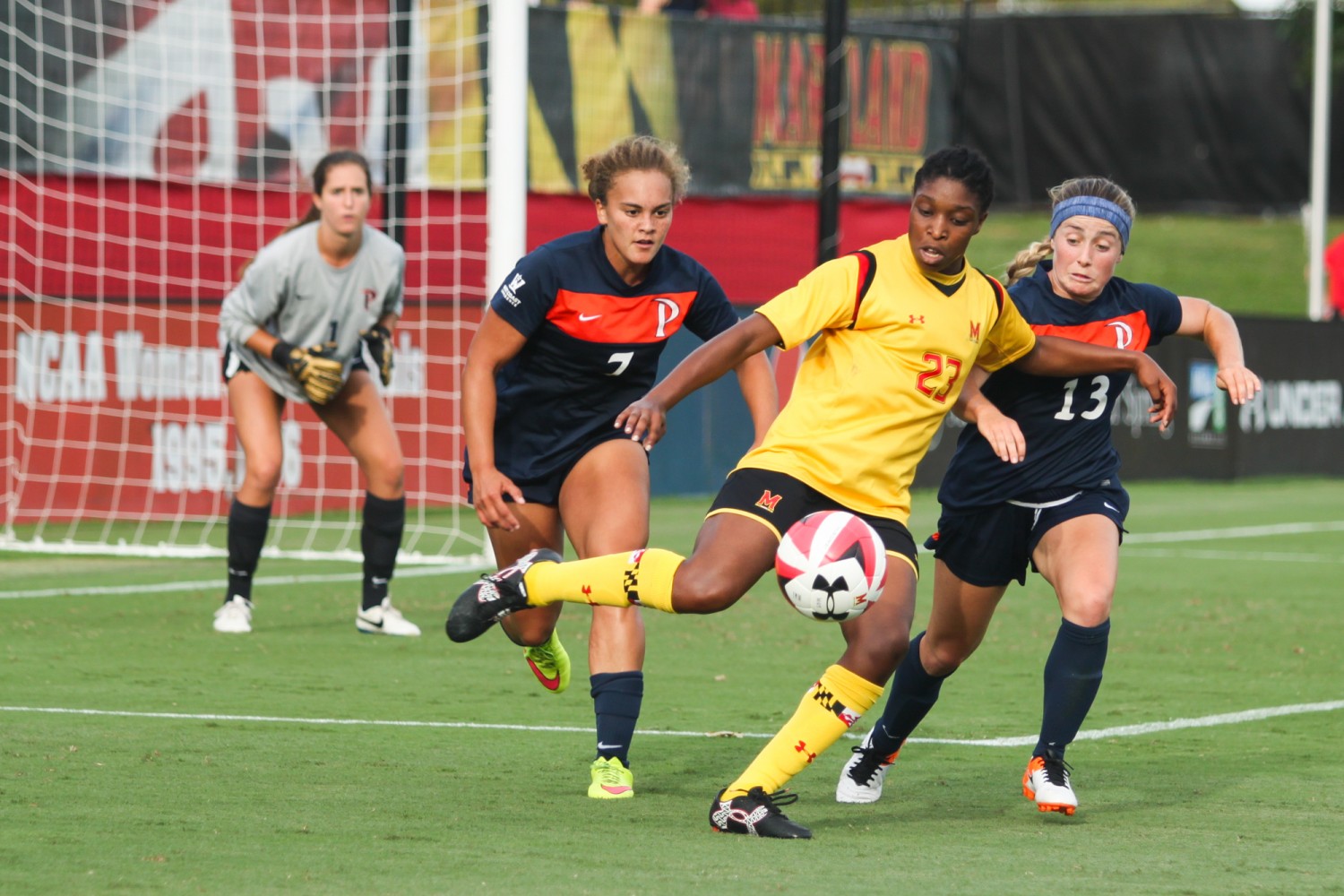 The Maryland women’s soccer team was shut out in the final six games of 2017, ending the season winless in its last nine games.

About 82 minutes later, she helped end the winless streak, too.

Harmon’s 88th-minute goal put the Terps back on top after the Tribe equalized in the earlygoing, clinching a 2-1 win in their first game of the season and doubling her goal total from all of last year.

Harmon’s fifth-minute strike gave the Terps early momentum, but the Tribe equalized two minutes later, and the teams traded chances for the remainder of the game.

Nobody could take advantage until the 88th minute, when a deflected shot found Harmon in the box to put the Terps ahead.

Harmon was in and out of the starting lineup last season as she struggled in her junior year. She scored 15 goals in her first two seasons but managed just one in 2017, a key reason the Terps’ attack dried up at the end of last year.

“[Harmon] finished the season really hindered health-wise,” said Leone. “So to see her out there her old self and exciting, it was fantastic for our team. To get the goals in the first five and the last five when we needed it, it was fantastic.”

While the Terps struggled down the stretch in 2017, Thursday’s victory was their eighth consecutive nonconference game without a loss. The team started last season 6-0-1 before going 1-8-3 to end the campaign, finishing at the bottom of the conference.

Maryland, featuring 17 underclassmen and picked to finish 13th in the Big Ten preseason coaches poll, found a key goal late to earn a season-opening win for the second straight year. Leone hopes the tightly-contested game early on will help mature his team for the rest of the season.

“They haven’t experienced that in so long, I can’t even tell you,” said Leone. “To get a goal late in the game and then try to learn how to finish it, they did a great job.”